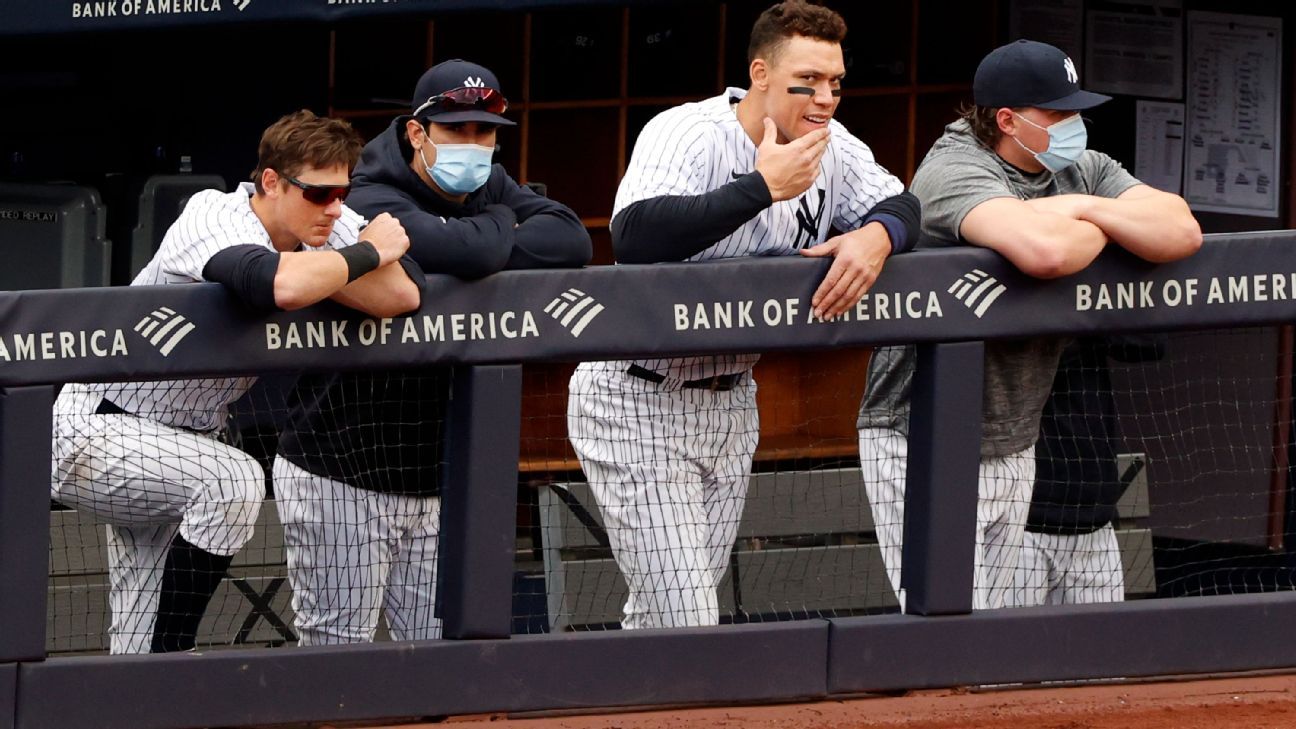 It was a disastrous weekend at Yankee Stadium for the men in pinstripes.

In a boo-filled 8-2 loss on Friday to the Tampa Bay Rays, fans littered the field with baseballs and other objects in the eighth inning, creating a short delay. On Saturday, the New York Yankees couldn’t solve Tyler Glasnow, and the Rays won 6-3. On Sunday, the fans even jeered Gerrit Cole when he walked off the mound after giving up a go-ahead double in the seventh inning to a struggling Yoshi Tsutsugo; the Rays won 4-2, and the Yankees left the field to another chorus of boos, rather than “New York, New York.”

First, give credit to Tampa Bay. The Rays are now 5-1 against the Yankees in 2021, after going 8-2 against them last season, plus a victory in the American League Division Series. Including that series, the Rays have now won seven series in a row against the Yankees, going back to their final showdown of 2019.

The Yankees’ current problems go beyond the Rays just having their number, however. The Yankees own the worst record in the American League at 5-10, which is the most games into a season they’ve had the league’s worst record since starting 9-17 in 1991. While the general rule in baseball is not to overreact to the first few weeks of the season — as a reminder, the last time the Yankees started 5-10 was in 1997, and they ended up finishing 96-66 and making the playoffs — you can look for patterns. It has to be concerning that the Yankees have struggled in the rotation, on defense and at the plate.

–The current up-the-middle alignment of catcher Gary Sanchez, middle infielders Gleyber Torres and Rougned Odor and center fielder Aaron Hicks does not feel like a championship-level defense. The Yankees can work around that a little bit when Kyle Higashioka catches and eventually when DJ LeMahieu goes back to second base after Luke Voit returns.

The slow start prompted an apparent dressing down from manager Aaron Boone following Friday’s loss. Asked about it after the game, Boone said, “That’s for in there.”

But outfielder Clint Frazier said, “He’s so chill that when he does address us, everyone should listen.”

Frazier said they would come out ready on Saturday; instead, the Yankees have now run their losing streak to five in a row.

“I’m frustrated, personally frustrated,” said LeMahieu, the 2020 AL batting champ who is hitting .288 with one home run. “No one’s going to feel sorry for us. No one’s going to throw softer or throw easier for us. We’ve got to find it within ourselves to continue to get better and play the way we’re capable of.”

While LeMahieu concluded the team was “tight and pressing,” Cole seemed to take things a little more in stride, saying, “You play this game long enough, you’re going to go through some crap. Gotta put your boots on and wade through the mud.”

Indeed, the ’97 Yankees are case in point. After that 5-10 start, they won eight of their next 10 to climb back over .500 before the end of April. Going back to 1996, here are the five best records from teams that started 5-10 or worse, courtesy of ESPN Stats & Info:

This Yankees team reminds me a little bit of the 2019 Boston Red Sox. Coming off a World Series title, that Red Sox team got off to a sluggish start, 5-10 through 15 games and 9-15 through 24. In a sense, they never recovered from the slow start, falling seven games out of first place at the end of April and never getting closer than three games out of first the rest of the way before finishing 84-78.

The Yankees are tied with the Rangers for the lowest OPS in the majors at .642. I’m confident they will not be in that position at season’s end. Giancarlo Stanton, Frazier, Torres and Hicks are all hitting under .200. Getting Voit, the 2020 major league home run lead back, will help. Torres is the hard one to figure out after he hit 38 home runs in 2019 at age 22 and looked like a future star. He’s actually improved his chase rate in both 2020 (from 31.3% to 20.1%) and again in 2021 (to 13.9%) and usually better plate discipline leads to better numbers, but instead he’s sitting there with zero home runs and one RBI. Maybe a more aggressive approach — he swung at the first pitch more often in 2019 — works better for him.

Anyway, it’s 15 games into a very long season. Yankees fans are calling for Boone to be fired. Columnists are joking that Jay Bruce shouldn’t have retired because he might have hit cleanup this week if Boone looked to shake things up. Twitter is filled with comments like “The Yankees are 5-10, but they seem worse” and “I’ve been waiting literally my entire life for one bad Yankees season.”

Put this in your back pocket: The last time the Yankees had a losing season was 1992.

(And in mentioning that, it’s now a lock the Yankees win 12 of 14 and move into first place on May 4. Thank me later, Yankees fans.)