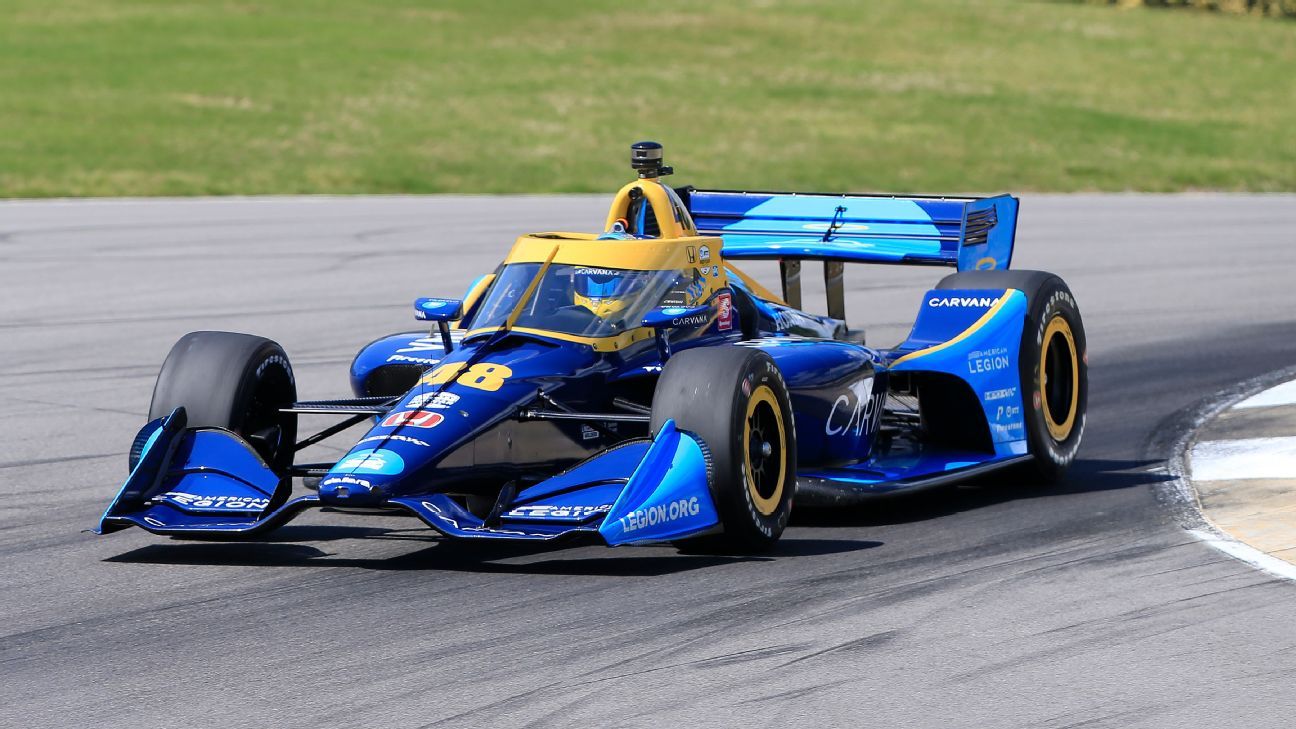 BIRMINGHAM, Ala. — Alex Palou celebrated his move to Chip Ganassi Racing with his first career IndyCar victory by beating a pair of series champions to win Sunday’s season-opening race at Barber Motorsports Park.

The Spaniard used a two-stop strategy on the picturesque permanent road course to take control of the race but still had to hold off hard-charging Will Power and Scott Dixon over the closing laps. The 24-year-old beat Power by .4016 seconds to claim his first win in his first race driving for the storied Ganassi organization.

“We knew (a win) was possible because we knew we had the best team and the best cars,” Palou said. “It’s amazing to be part of the winning drivers.”

Dixon, the six-time and reigning IndyCar champion, finished third and was followed by pole-sitter Pato O’Ward, who was on a three-stop strategy.

Palou was the quieter offseason signing of the Ganassi organization, which also added seven-time NASCAR champion Jimmie Johnson to the four-car lineup. But Ganassi also took a gamble on Palou, who had spent one season driving for Dale Coyne Racing with one podium finish and one lap led all year.

He’d raced in Japan and Europe previously, and Ganassi warned Palou had been fast in preseason testing and would be a force this season.

“We did some testing some testing over the winter and he was quick all day long at the tests, at one test he was quicker than Dixon,” Ganassi said. “So we knew the potential was there but you don’t know where you are relative to other teams.”

Most of the attention leading into the race was on the stacked rookie class of Johnson, former Formula One driver Romain Grosjean and three-time and defending Australian Supercars champion Scott McLaughlin.

Johnson, who at 45 is older than Palou’s father, is learning every session and taking small gains. He celebrated not qualifying last on Saturday and was satisfied with his 19th-place finish Sunday.

Johnson had a developing blister on his hand after the race, avoided a first-lap crash and recovered from an early spin.

“Just a ton of learning experiences throughout the day,” Johnson said. “I just can’t say too many times how different this is and how specialized this craft is.”

Grosjean, in his first race since a fiery November crash in Bahrain, finished 10th for Dale Coyne Racing. McLaughlin was 14th for Team Penske.

Rosenqvist, who briefly went airborne, also crashed in practice and had his qualifying lap disqualified, but was able to get his car back on track. Herta, Newgarden and Hunter-Reay were done without completing a single lap.

“I got loose coming over the hill and then touched the grass. I think once I touched the grass I’m basically sideways,” said Newgarden, the two-time series champion who was runner-up last season. “I feel really bad for anyone who got involved in that. Obviously my mess created a bigger mess, so any of the cars that got involved I’m really sorry because it was us that tipped it off.”

Herta, who crashed during Saturday practice, wasn’t concerned about the hit he’d take in the championship fight.

“This sucks, man, and I’m ready to get out of here,” Herta said. “It’s such a competitive year and guys are going to have bad races and guys aren’t going to do well everywhere. It obviously sucks for us because now we’re on the back foot but we have plenty of races left to get back in it.”