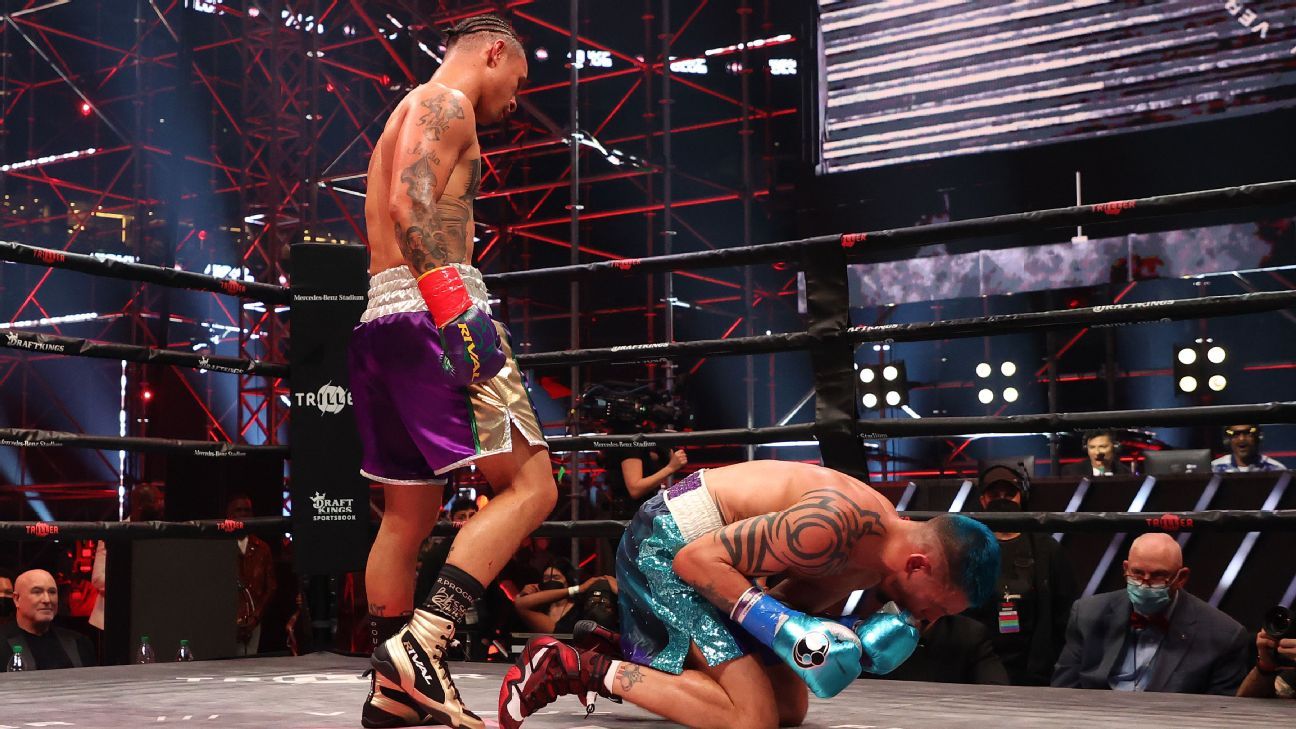 Regis Prograis will get the knockout finish he believed he deserved this past weekend.

The bout originally was ruled a technical decision for Prograis after the ruling of a low blow.

Prograis vs. Redkach, promoted by Triller Fight Club, took place on the Jake Paul-Ben Askren undercard and had a controversial finish. In the sixth round, Prograis hit Redkach with what appeared to be a low blow. Redkach went down, visibly in pain, and was unable to continue. He ended up being stretchered out of the ring at Mercedes-Benz Stadium.

Referee Jim Korb ruled the punch below the belt and went to the judges for a technical decision, which Prograis won. However, Georgia regulations state that if a fighter cannot continue after being hit with an unintentional low blow, he or she “shall be declared the loser by a technical knockout.”

Woodruff said the official ruling is still that Prograis landed a low blow, but the decision to overturn was made after applying the commission rules. Replays showed that Prograis’ punch actually did not land low, but to Redkach’s side.

Afterward, Prograis was shouting “give me my knockout!” while still in the ring.