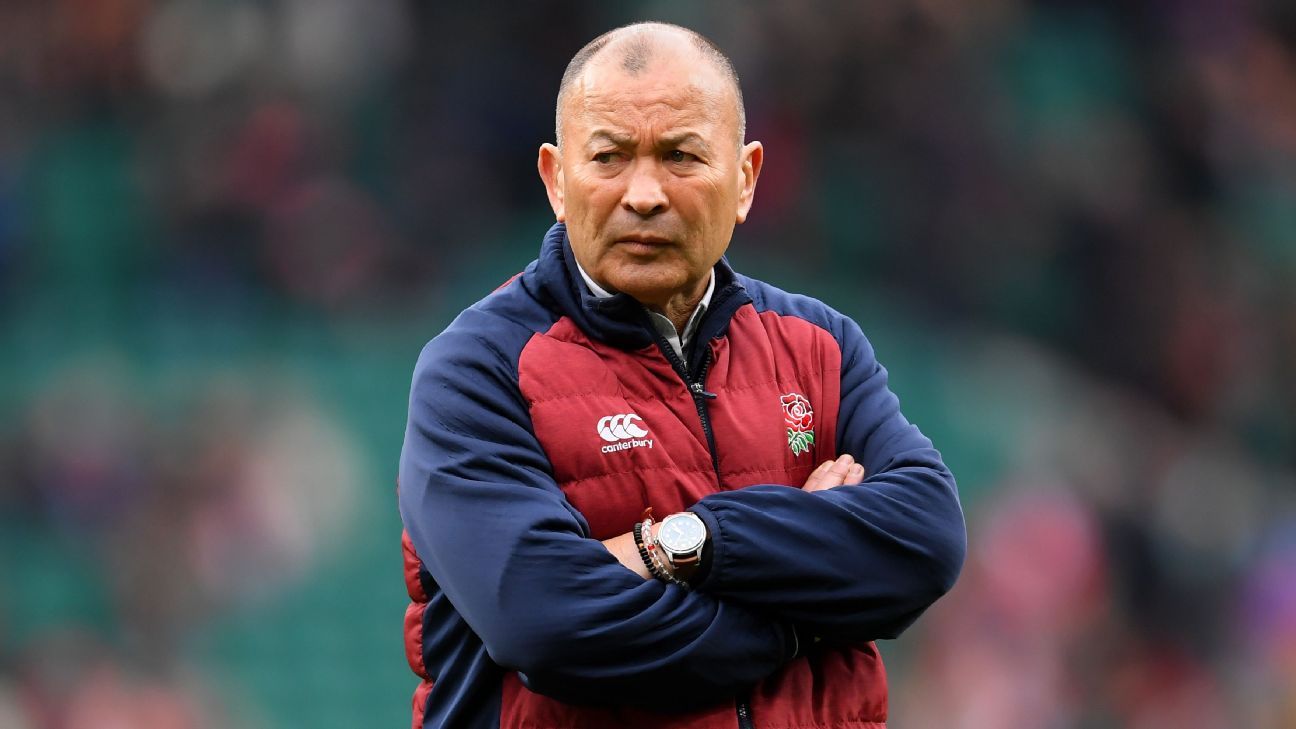 The Rugby Football Union (RFU) gave its backing to England head coach Eddie Jones on Tuesday following the team’s fifth-placed finish in the Six Nations championship but made a series of recommendations to improve performance.

England delivered a poor defence of the title won in the delayed 2019 tournament, losing to Scotland, Wales and Ireland, while shining briefly in victory over France and collecting a comfortable win over Italy.

The RFU carried out its post-tournament review via a secret panel “informed by feedback from players, coaches (past and present) and support staff as well as detailed presentations from Eddie Jones.”

The result was an RFU statement “confirming its full support and backing of Eddie Jones as head coach, while recognising a sub-optimal campaign and the factors that contributed to it.”

Among the contributory factors noted were the COVID-related absence of assistant coaches Jason Ryles and Neil Craig, fatigued players and the limited squad size.

The RFU has recommended the introduction of additional support structures for coaches and players including “enhanced sports psychology and programmatic leadership development.” There will also be more refereeing input to provide technique improvement and awareness as well as the introduction of external rugby experts to provide additional insight support for the head coach.

“Eddie approached this review with a great deal of self-awareness and humility, allowing us to look at every aspect of the tournament to identify every small change we can make in order to improve,” RFU CEO Bill Sweeney said.

Australian Jones, who has a contract through to the 2023 World Cup in France, said: “We were not up to our usual high standards and we recognise that. The debrief was a valuable process, we all learned a lot from the experience and most importantly we have identified actions to enable the team to move forward positively towards 2023.”

England are due to play tests in July against the United States and Canada, albeit without their British and Irish Lions players. The RFU is working on plans to host those games in England.