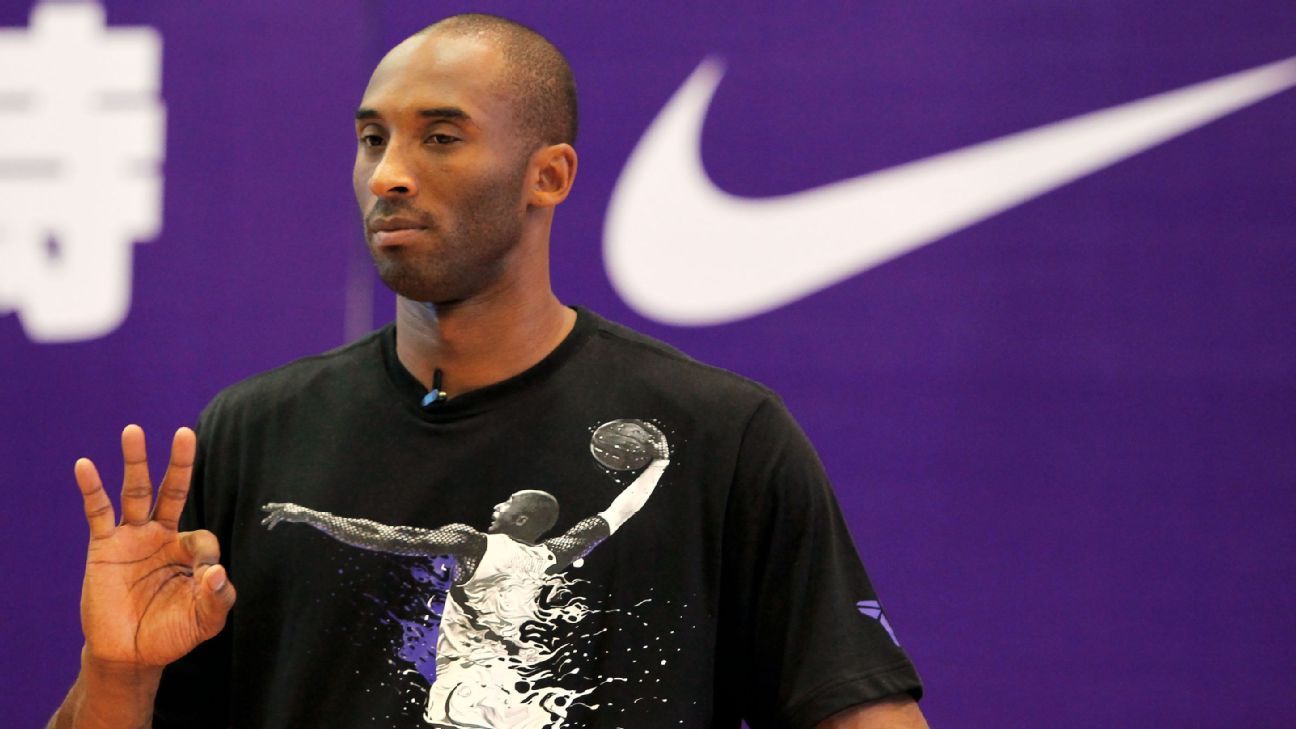 With Kobe Bryant’s five-year, post-retirement endorsement extension with Nike having expired this month, Vanessa Bryant and the Kobe Bryant estate elected not to renew the partnership, she confirmed to ESPN in a statement Monday night.

“Kobe’s Nike contract expired on 4/13/21,” Vanessa Bryant, widow of the Lakers legend, told ESPN. “Kobe and Nike have made some of the most beautiful basketball shoes of all time, worn and adored by fans and athletes in all sports across the globe. It seems fitting that more NBA players wear my husband’s product than any other signature shoe.”

Nike, sources said, had presented an extension offer that was not in line with expectations of an ongoing “lifetime” structure similar to the Nike Inc. contracts held by both Michael Jordan and LeBron James.

“My hope will always be to allow Kobe’s fans to get and wear his products,” Vanessa Bryant said. “I will continue to fight for that. Kobe’s products sell out in seconds. That says everything.

“I was hoping to forge a lifelong partnership with Nike that reflects my husband’s legacy. We will always do everything we can to honor Kobe and Gigi’s legacies. That will never change.”

It is believed that all future releases of Kobe Bryant-branded footwear and apparel manufactured by Nike will be halted. The Kobe Bryant estate could enter into negotiations with outside brands to form a new partnership.

Vanessa Bryant also confirmed to ESPN that the Kobe Bryant estate owns the rights to both the “Mamba” logo and his signature. The “Sheath” logo often featured on the tongue of Nike’s Kobe sneakers is mutually owned by both sides, according to a source.

“Kobe Bryant was an important part of Nike’s deep connection to consumers,” Nike told ESPN in a statement. “He pushed us and made everyone around him better. Though our contractual relationship has ended, he remains a deeply loved member of the Nike family.”

After scoring 60 points in his final NBA game on April 13, 2016 — dubbed “Mamba Day” by Nike in an extravagant farewell campaign — Bryant had a five-year endorsement extension contract in place that continued the partnership into his retirement.

Before he died, Bryant had explored the notion of creating his own Mamba brand upon the expiration of the existing Nike deal, even meeting in December 2019 with a creative agency that could potentially help design and execute a future product series.

After originally signing with Nike in 2003, Bryant created an impactful partnership with the brand that extended into the remainder of his Hall of Fame career. He headlined sneakers such as the Zoom Huarache 2K4 and 2K5, the industry-shifting Hyperdunk at the 2008 Olympics and 11 signature models under the Nike Kobe series.

With the launch of the Kobe 4, during Bryant’s resurgent 2008-09 championship season with the Los Angeles Lakers, the sneaker design ushered in a new era of low tops around the league. Once worn by just a handful of point guards across all 30 teams, low tops soon were spotted on players at all positions, on every team. Nearly half of the league now wears low-top sneakers in games.

Once he had retired from the NBA, a series of both retro and newly created sneakers were released within the past five years. Bryant coined the term “Protro,” grounded on the insight that he wanted to upgrade his past shoes with modern constructions and technologies — a pro-level, updated retro edition of his past sneakers.

Several of Nike’s top non-signature athletes have made a routine of playing in Kobe sneakers, both out of a love for the performance features and as an ongoing tribute. In recent seasons, Devin Booker, P.J. Tucker, DeMar DeRozan, Buddy Hield, Isaiah Thomas and several others have created their own player-exclusive colorways of Kobe Protro models to continue his sneaker legacy.

The Kobe 1, 4, 5 and 6 were all rereleased through that Protro lens in recent years. During the NBA’s bubble restart of the 2019-20 season, 102 players wore a Kobe-branded sneaker, the most of any player’s sneaker line in the league.