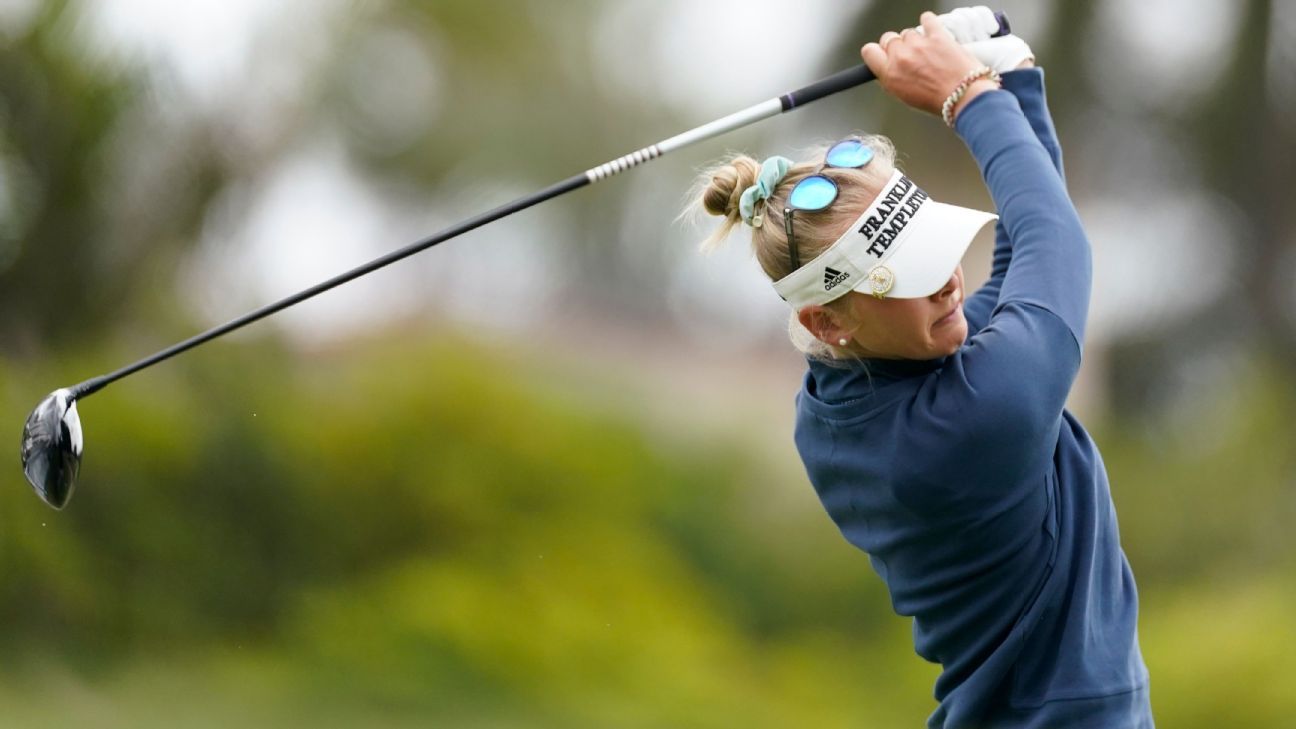 LOS ANGELES — Jessica Korda birdied three of the final four holes for a 7-under 64 and a one-stroke lead Wednesday after the first round of the HUGEL Air Premia LA Open.

Korda had eight birdies and a bogey at Wilshire Country Club. She won the season-opening Diamond Resorts Tournament of Champions in January for her sixth LPGA Tour title, and sister Nelly Korda followed with a victory a month later in the Gainbridge LPGA in the second event of the year.

Tiffany Chan and Moriya Jutanugarn were a stroke back.

Lydia Ko opened with a 78, four days after winning the Lotte Championship in Hawaii at 28-under 260.

Patty Tavatanakit had a 75 in her first event since winning the ANA Inspiration for her first major and first LPGA Tour victory.