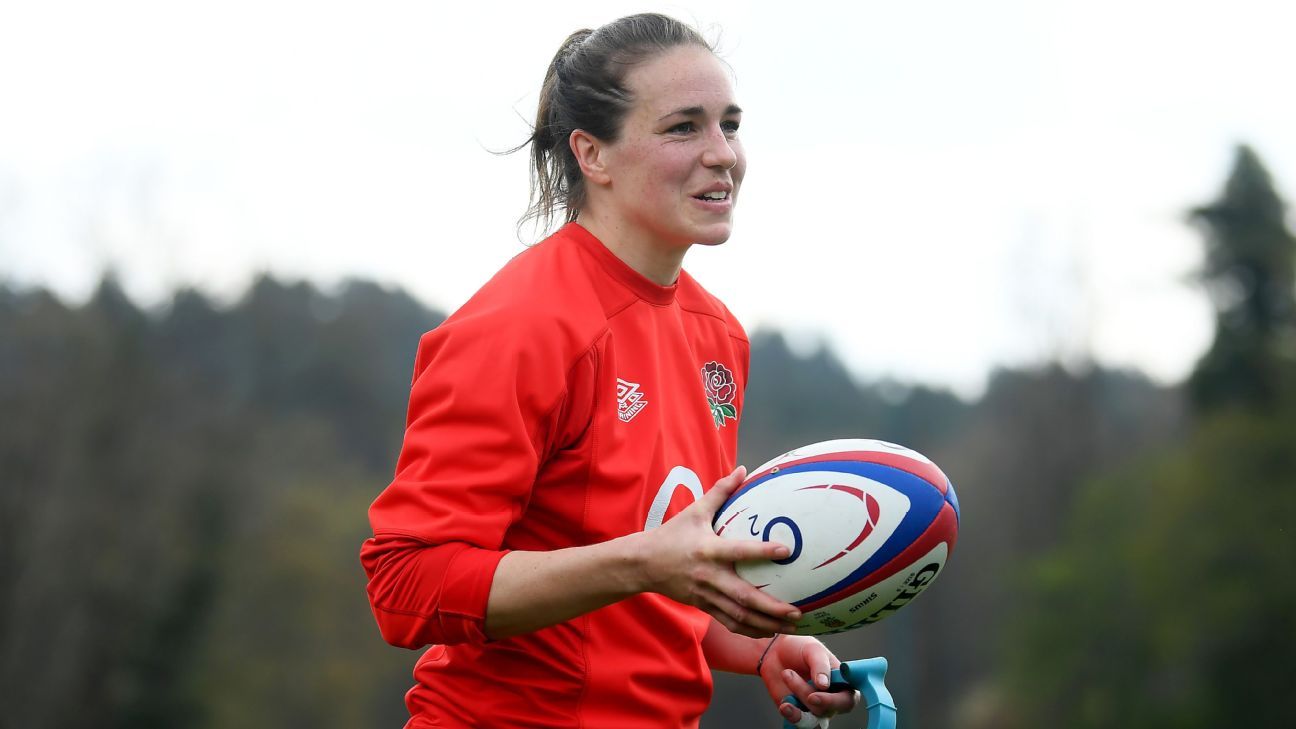 Hunter, 35, returned from a 13-month international absence for the 67-3 win over Italy and is yet to hit top form. Poppy Cleall will start at No. 8 instead.

“It was great to have Sarah Hunter back against Italy,” head coach Simon Middleton said in statement.

“She’s not quite at the level she would want to be and we need for this game at the moment which is to be expected.

“Sarah respects there are a lot of players in the back row and back five in great form. She’s not quite there yet but it’s a challenge she’s more than up for.”

Abbie Ward and Marlie Packer return to the starting lineup at lock and openside flanker respectively, while Zoe Harrison will make her first start of the 2021 competition at inside centre.

Helena Rowland, who has scored two tries in as many matches, retains her place at fly-half with Leanne Riley at scrum-half.

Zoe Aldcroft starts at No. 6, with Cath O’Donnell making her third consecutive appearance in the second row. Sarah McKenna starts at fullback with Abby Dow and Jess Breach making up the back three.

“We’ve brought Marlie back in this week,” Middleton added. “Physicality at the breakdown will be imperative against France and amongst other things that’s what Marlie gives you.”