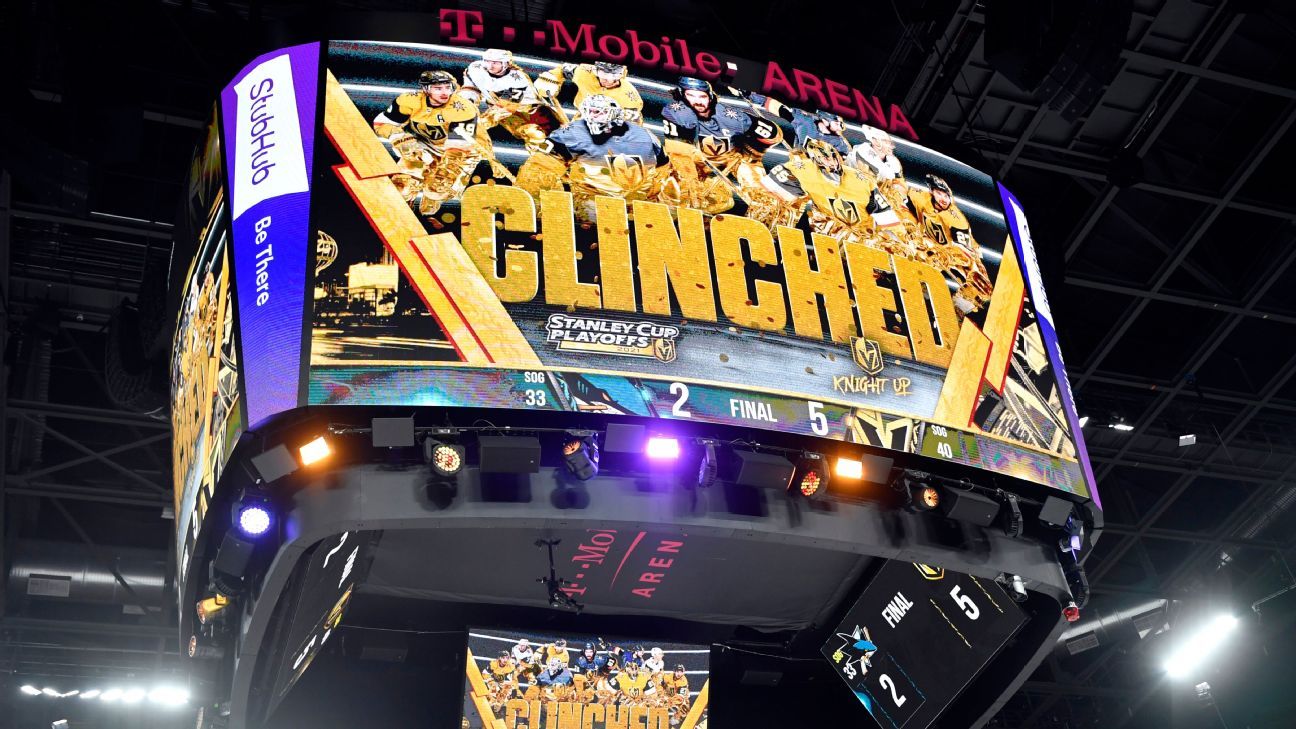 Vegas, which leads the NHL with 33 wins and 68 points, became the first team in the NHL to clinch a playoff berth.

Mark Stone Alex Tuch, and Mattias Janmark also scored for Vegas. Marc-Andre Fleury made 31 saves to improve to 5-0-0 against the Sharks this season and 7-0-1 in his last eight.

Timo Meier and Tomas Hertl scored for San Jose, which is now mired in a 0-6-1 slide. Josef Korenar made 35 saves. Two nights after Patrick Marleau appeared in his record-breaking 1,768th career NHL game to pass Gordie Howe for all-time games played, he skated in his 900th consecutive game, becoming the fourth player ever to do so.

The Sharks took a 2-1 lead just past midway through the second period before the Golden Knights scored four unanswered goals.

On the power play, Max Pacioretty fed Mark Stone, who wrapped the puck around Korenar to knot the score 2-all with 7:08 left in the period. It was Stone’s team-leading sixth power-play goal of the season, while Pacioretty became the 10th active U.S.-born player to collect 600 career points.

Tuch blasted home the go-ahead goal with 50 seconds left in the second, giving Vegas its first lead of the game.

Marchessault netted his second goal and third point of the night when he beat Korenar short side, extending Vegas’ lead to 4-2 with 6:42 left in the game.

Janmark, who was acquired from Chicago at the trade deadline, scored an empty-netter for his first as a Golden Knight with 56 seconds to go.

Vegas, which had scored the game’s first goal in eight of its previous 11, saw the Sharks take a 1-0 lead for the second straight game when Meier was camped in front of Fleury and was able to deflect Joel Kellman‘s centering pass after coming from behind the net 2:38 into the game.

Marchessault, who played in his 395th career game, tied it when he made a nifty move in front of Korenar and then reached around San Jose’s 23-year-old netminder to tuck it home at 6:51.

After Marleau had his shot kick saved, Hertl was there to thread the rebound just over Fleury’s shoulder and inside the post to give San Jose a 2-1 lead with 8:53 left in the second period. The advantage lasted less than two minutes.