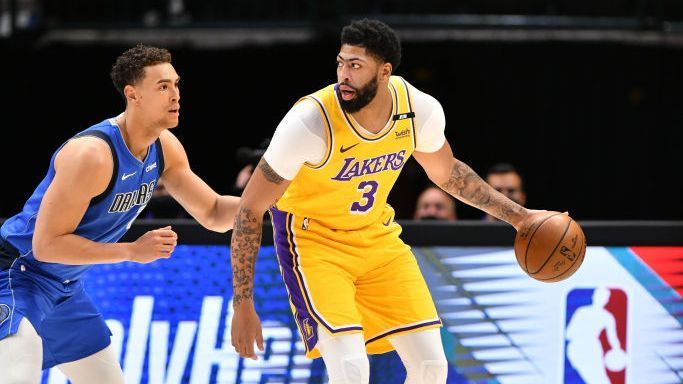 There were 67 days, 30 missed games and five missed shots for Anthony Davis before he could finally officially stamp his return from injury with a bucket Thursday against the Dallas Mavericks.

After the Los Angeles Lakers star’s 19-foot stepback jump shot fell through the net with 4:51 remaining in the first quarter to put L.A. up by one, Davis furrowed his brow and shook his head as if to say, about time.

Davis, playing for the first time since Feb. 14 after needing nearly nine weeks to recover from a calf strain and Achilles tendinosis in his right leg, started for the Lakers and was finished by halftime.

Lakers coach Frank Vogel had told reporters before the game that Davis would play only in the first half and his playing time would be restricted to the 15-minute range.

Davis finished with four points on 2-for-10 shooting, four rebounds, one assist, one block and one steal. He also missed both of his free throw attempts, and L.A. was outscored by 13 points in the 16 minutes he played.

While the numbers suggested it was an inauspicious return for the Lakers big man, Vogel had set expectations low for Davis when asked about him before the game.

“He still needs to get his legs under him, as to be expected,” Vogel said. “You can’t simulate NBA action on a practice court, so that’s what tonight is going to be about. That’s what the next few games are gonna be about.

“So we anticipate him having some rust and working out some timing while getting his legs back under him. But this is an important first step for sure.”