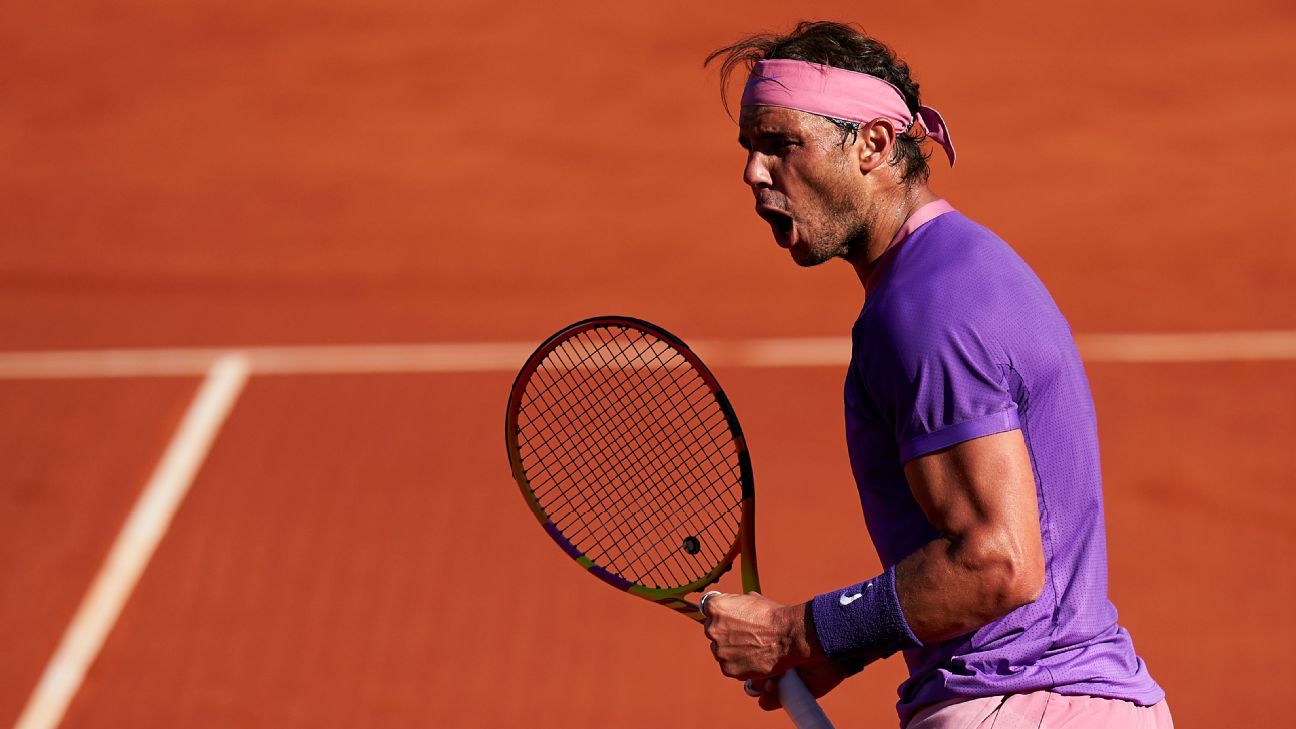 BARCELONA, Spain — Rafael Nadal brushed aside Cameron Norrie 6-1, 6-4 to ease into the semifinals of the Barcelona Open on Friday and moved closer to a record-extending 12th title at the event.

After Nadal breezed through the first set, Britain’s Norrie won back a break in the second. Nadal, however, took the advantage right back and closed it out when he converted on a second match point by smashing a forehand just inside the line.

“I had a good first set, dominating with my drive and moving the ball around,” Nadal said. “In the second set I let up a bit and …. I need to make sure that doesn’t happen tomorrow.”

Nadal will face countryman Pablo Carreno Busta or Diego Schwartzman on Saturday for a spot in the final.

The top-seeded Nadal needed three sets to get past Kei Nishikori and Ilya Ivashka in the first two rounds in Barcelona. Nadal is looking to rebound from a quarterfinal exit at Monte Carlo last week.

The Barcelona Open was not held last year because of the coronavirus pandemic.