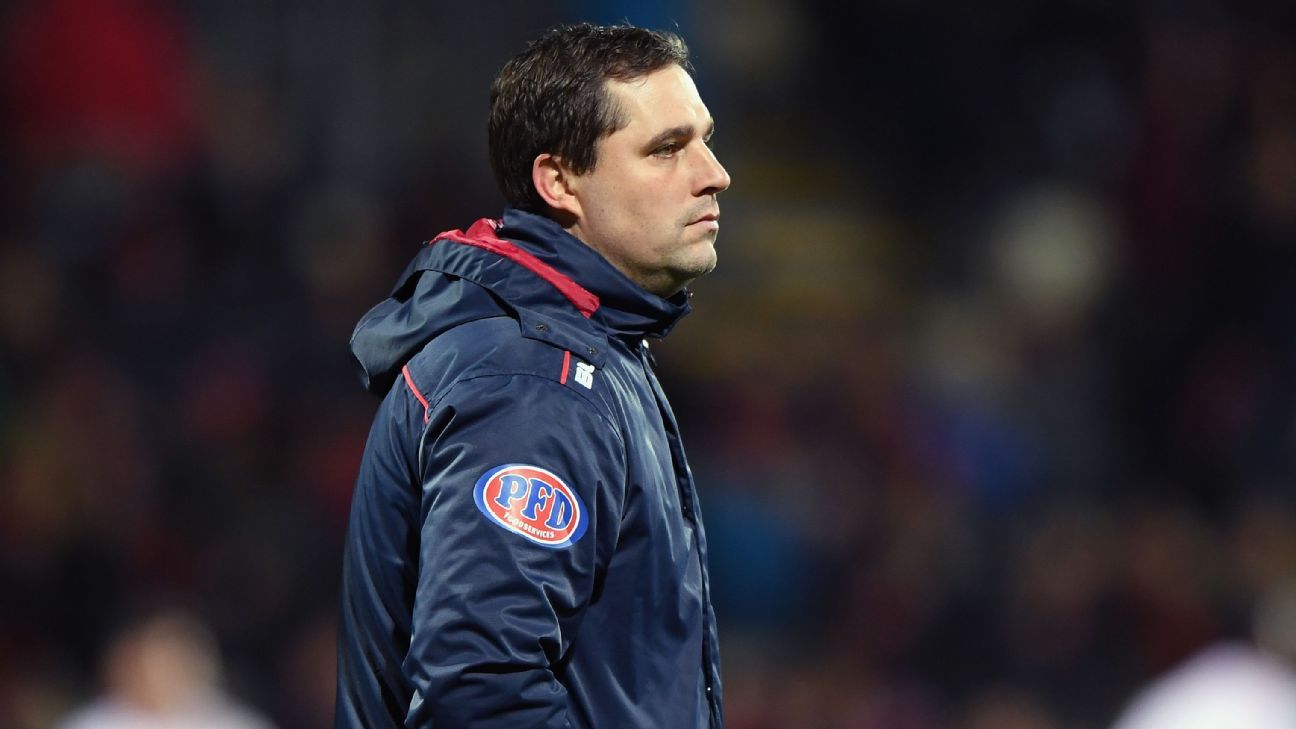 Melbourne Rebels chief executive Baden Stephenson has denied reports that Dave Wessels’ tenure as coach of the Super Rugby team could be over within days as their playoffs hopes hang on a knife-edge.

The Sydney Morning Herald reported Wessels needed to win his next two matches to save his job, citing “agitation for change” on the Rebels board.

The Rebels, fourth in Super Rugby AU after two wins and five losses, will fail to qualify for the three-team finals series if third-placed Western Force upset the leading Queensland Reds in Perth on Friday.

If the Reds win, the Rebels must then beat the winless New South Wales Waratahs away on Saturday to book a playoff against defending champions the Brumbies.

Stephenson said the Rebels had made no decisions on their coaching setup for 2022 but affirmed Wessels would remain in charge for the trans-Tasman competition against New Zealand’s Super Rugby sides, which starts on May 14.

“Despite what’s been talked about and written about in the media over the last day and a half, we haven’t made a decision on our coaches for 2022 but I can certainly assure you that Dave’s contracted for the 2021 season,” he told Reuters.

“There’s nothing to suggest that he won’t be seeing out the season. I was quite surprised at the speculation that he might not be involved in the trans-Tasman competition.

“Our focus is on this week and we’re backing Dave to prepare the team really well this weekend.”

Wessels, who is out of contract at the end of the season, has been in charge of the Rebels since crossing from the Force at the end of 2017 season after the Perth-based side were axed from Super Rugby.

Despite a roster laden with Wallabies, the Rebels failed to reach the playoffs in the next two seasons of the wider Super Rugby competition, which included New Zealand and South African teams and a side each from Argentina and Japan.

In last year’s inaugural Super Rugby AU competition, the Rebels reached the postseason after being forced to play away from their Melbourne home due to the COVID-19 pandemic.

But they were beaten 25-13 by the Reds in their first playoff.

While hampered by injuries to some key players, the Rebels have lost their last three home matches and frustrated fans by falling short in tight matches.

Sunday’s 26-20 loss to the Brumbies was the Rebels’ fourth by less than a converted try this season.

“As a club there’s no doubt there is huge frustration that we haven’t been able to close out and win some of those really tight games,” said Stephenson.

“There’s no excuses. Good teams find a way to win those games.

“There’s been a couple of soft moments or skill moments that have probably had a big influence at the back end of games which have been disappointing.

“But we’ve still got a lot of faith in the group. We have named a particularly strong team this week … and will be excited to get back in the winners’ circle.”