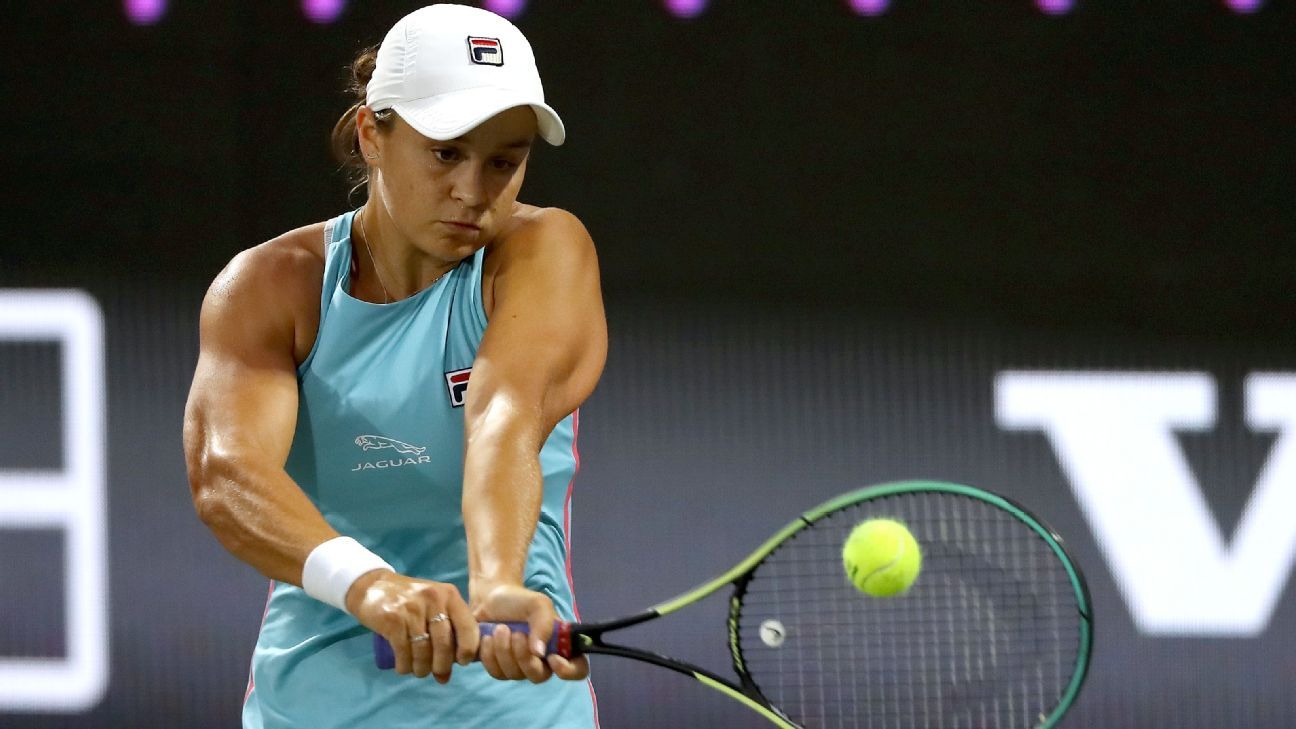 STUTTGART, Germany — Top-ranked Ash Barty celebrated her birthday Saturday by coming back from a set down to beat the fourth-seeded Elina Svitolina 4-6, 7-6 (5), 6-2 and book her place in the Porsche Grand Prix final.

The new 25-year-old Barty clicked from the second set, when Svitolina was unable to serve out the match at 5-4. Barty was down 4-2 in the tiebreaker but fought back again. The Australian converted four of her 10 break point opportunities to win in just over two hours.

Barty will play Aryna Sabalenka in Sunday’s final as she bids for her first clay title since the 2019 French Open.

Sabalenka defeated the second-seeded Simona Halep 6-3, 6-2 in the second semifinal. The Belarusian saved all three break points she faced and converted three of her own nine opportunities to win in just over an hour.