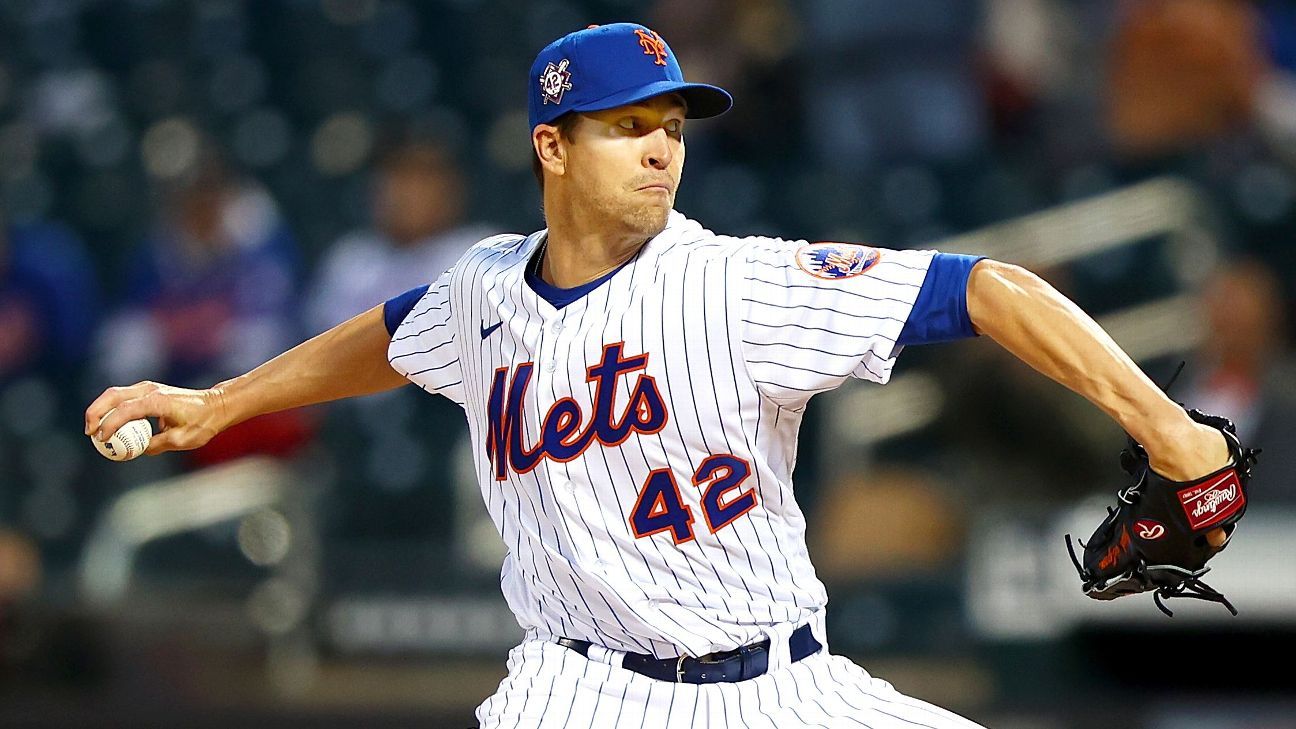 Season by season, game after game, New York Mets ace Jacob deGrom has been compiling a resume that has many calling him baseball’s best pitcher.

On Friday night, deGrom made the 187th start of his big league career. It may have been his most dominant outing yet.

DeGrom struck out 15 batters without a walk en route to a two-hit whitewashing of the Washington Nationals in New York, as the Mets cruised, 6-0. DeGrom (2-1) threw 109 pitches while recording the second shutout and fourth complete game of his career. He lowered his ERA to 0.31 over four starts.

The last Mets pitcher to record 15 strikeouts in a game was Al Leiter in 19. DeGrom’s 50 strikeouts are the most by a pitcher over the first four starts of a season, breaking the mark of 48 set earlier this week by the Cleveland Indians‘ Shane Bieber.

All of this barely scratches the surface of what deGrom is doing right now.

While he retired the last 22 Washington batters he faced Friday, he didn’t strike out any of the last six. Nevertheless, the 43 strikeouts he’s recorded over his last three outings are tied for the fourth-most in history for whiffs of any three-game span. DeGrom has struck out at least 14 batters in three straight starts, a feat matched by only two pitchers — Pedro Martinez in 1999 and Gerrit Cole in 2019.

On top of everything else, deGrom collected two hits Friday and is now hitting .545 this season. He’s allowed only one earned run while on the mound, but has scored three runs and driven in two.