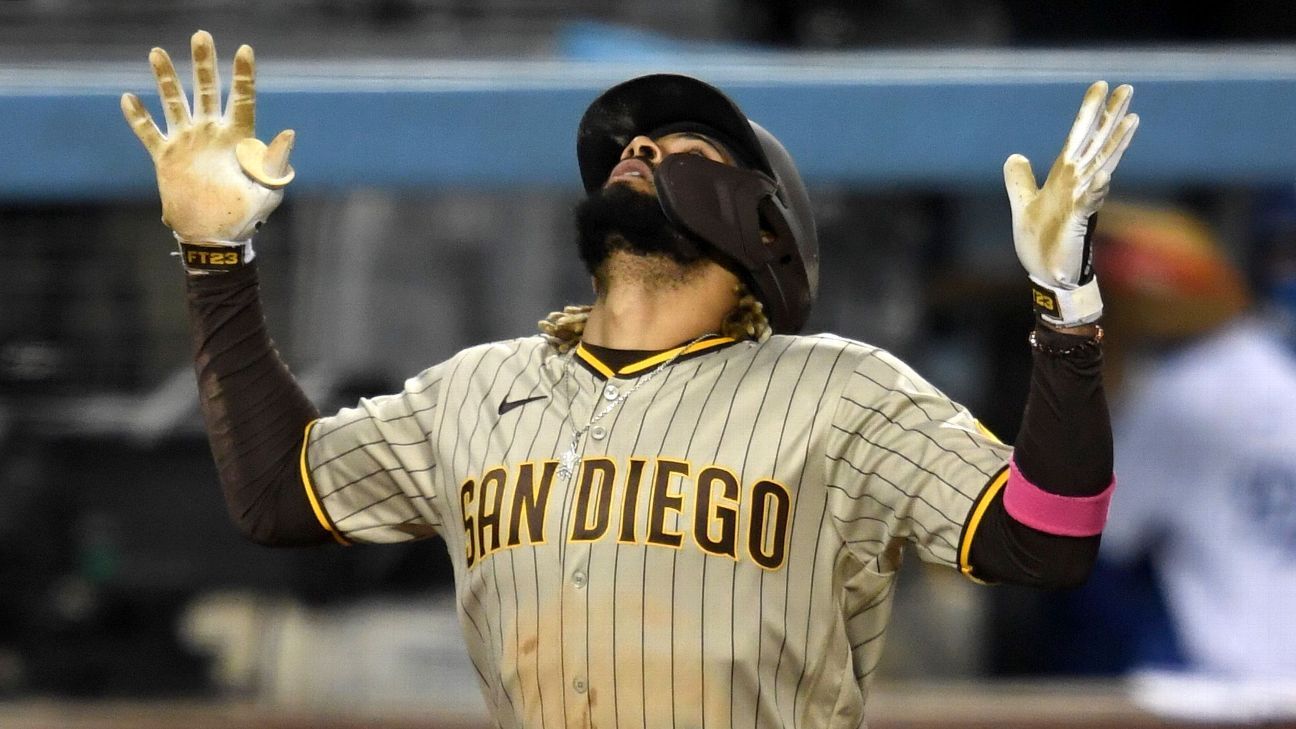 Hours later, the younger Tatis made his own history at Dodger Stadium.

Kershaw entered his start having not allowed a home run in 24 2/3 innings this season, then served up three solo homers through the first six frames, the other one coming off the bat of Wil Myers.

Tatis became just the eighth player to homer twice in the same game against Kershaw, who’s pitching into his 14th season. And he became the first player in the Statcast era, which dates back to 2015, with multiple hits off Kershaw that traveled 113-plus mph, according to ESPN Stats & Information research. Tatis’ second homer was the hardest-hit ball Kershaw is known to have allowed.

Tatis returned from a shoulder subluxation seven days earlier and entered the game batting only .163/.265/.326 in 49 plate appearances.