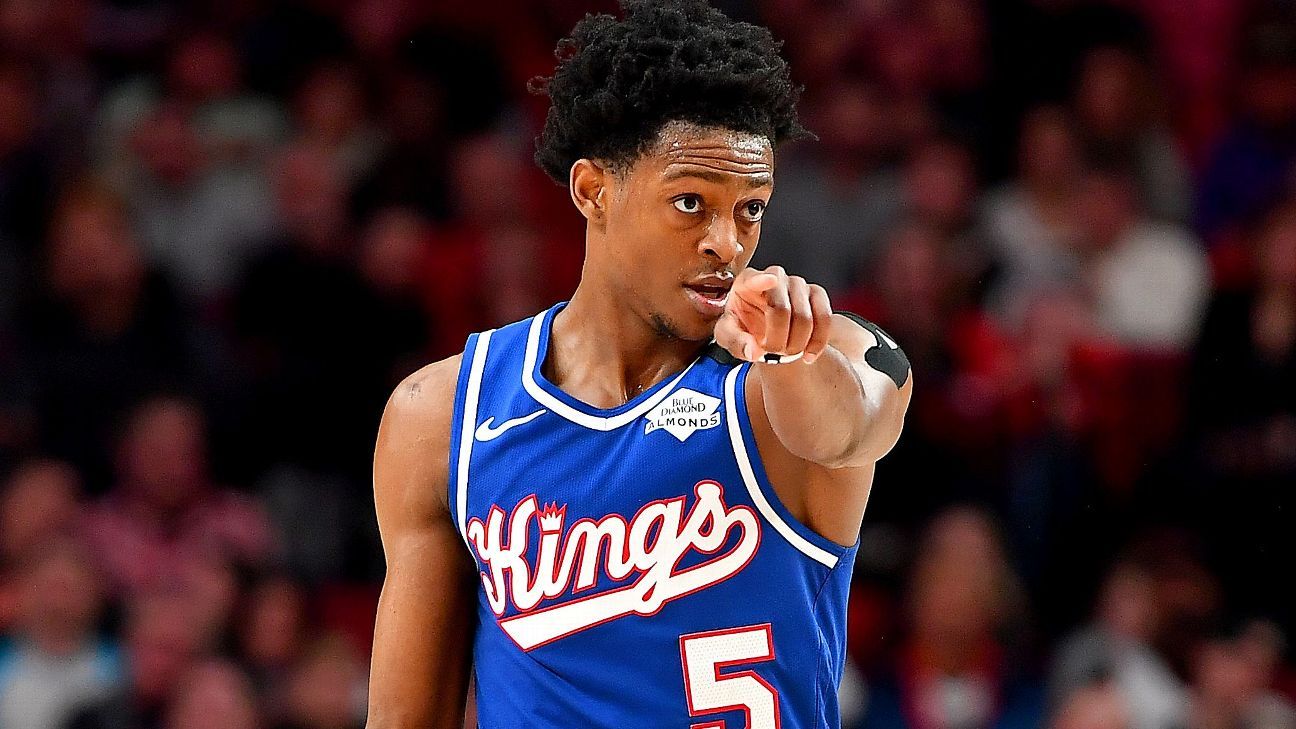 Sacramento Kings guard De’Aaron Fox has been placed in the league’s health and safety protocols and is expected to miss at least 10-14 days, sources told ESPN on Friday.

The Kings, winners of two out of their last three games to stop the bleeding following a nine-game losing streak, enter the weekend trailing the Golden State Warriors by five games for the final play-in spot in the Western Conference standings.

Sacramento next plays in Golden State on Sunday following three consecutive off days and will go into the ground-gaining opportunity missing its leading scorer (25.2 points per game), facilitator (7.2 assists) and defensive playmaker (1.5 steals) in Fox.

The fourth-year point guard’s absence should open up playing time for guard Tyrese Haliburthon, considered to be one of the leading candidates for Rookie of the Year. Haliburton is averaging 12.6 points and 5.1 assists this season, coming off the bench in 38 of his 53 appearances.

Fox had played in 58 out of 59 games for the Kings, who came into this season looking to break a 14-year postseason drought for the franchise.

The Athletic earlier reported on Fox entering into the health and safety protocols.