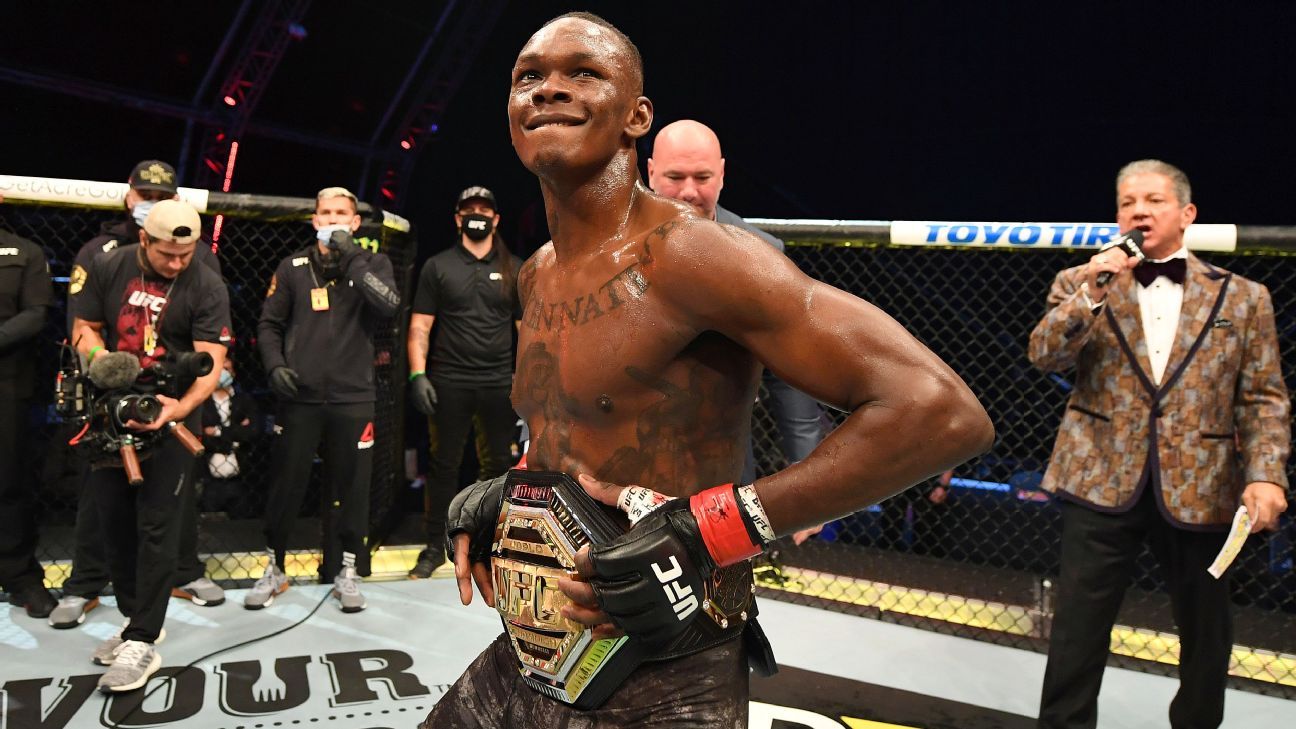 The UFC is finalizing a middleweight title fight between Israel Adesanya and Marvin Vettori for UFC 263, per UFC president Dana White.

Contracts have not been signed, but the 185-pound title fight is expected to headline the UFC’s pay-per-view event on June 12. The UFC has not yet announced a venue for that event.

Adesanya (20-1) is coming off a failed bid to become the UFC’s latest dual-weight champion. The 31-year-old challenged light heavyweight champ Jan Blachowicz at UFC 259 on March 6 in Las Vegas. The bout was competitive, however Adesanya lost a unanimous decision. That result had no impact on his status as the UFC’s middleweight king.

Fighting out of New Zealand, Adesanya already holds a victory over Vettori from April 2018. He defeated Vettori via split decision in just his second UFC appearance.

Vettori (17-4-1) is currently riding a five-fight win streak, including a decision win against Kevin Holland in his most recent performance two weeks ago. The Italy native arguably had one of the best performances of any UFC middleweight against Adesanya, as one judge scored their three-round contest in his favor.

Many expected Adesanya’s next title defense to come against Whittaker, the former champion who just beat Kelvin Gastelum in a main event last weekend. According to White, June was too quick of a time frame for Whittaker to turn around. Whittaker told ESPN after his last fight that he wanted some time to assess any potential injuries, including a beat-up shin.