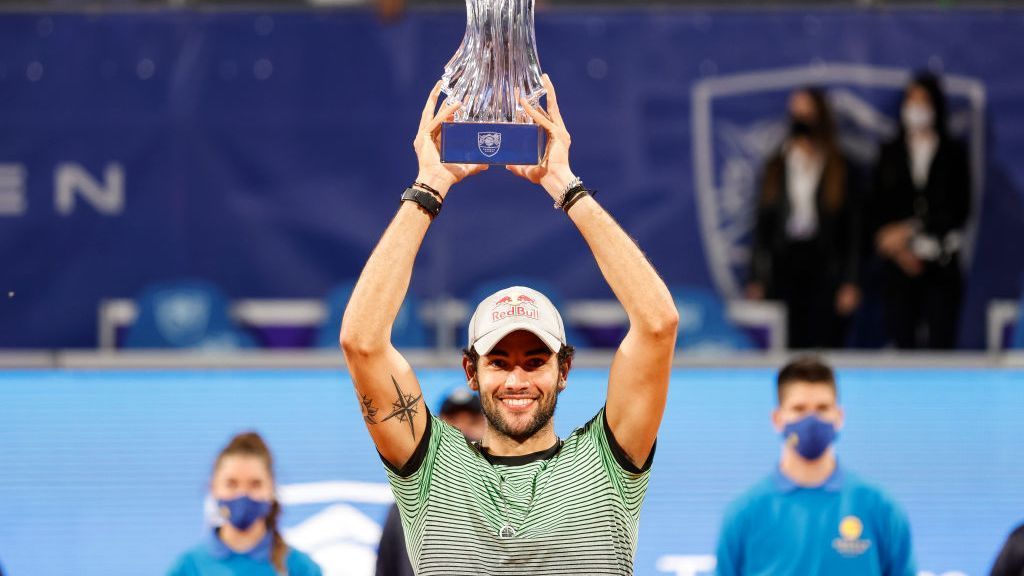 Italian Matteo Berrettini won the Serbia Open after beating Russia’s Aslan Karatsev 6-1 3-6 7-6(0) in the final at Novak Djokovc’s claycourt tennis centre in downtown Belgrade by the Danube river on Sunday.

Berrettini blew away Karatsev in the third set tiebreak 7-0 as the Russian showed signs of fatigue in the opening set and the tiebreaker after a gruelling three-and-a-half hour win over world number one Djokovic in Saturday’s semi-final.

Karatsev dug deep to haul himself back into the match after he was brushed aside in the opening set and having stayed afloat thanks to his big serve, the Russian saved a match-point to force the tiebreak.

But he was an empty vessel in the home straight as world number 10 Berrettini kept firing baseline shots which kept his rival on the back foot.

“It was a really good fight, it’s been a pleasure being here as I came back from injury and I have to thank my team for all their hard work,” Berrettini said courtside after lifting the trophy.

“It’s been an amazing week and I am delighted to have won this tournament with my family watching.”

World number 28 Karatsev, who broke on to the big stage earlier this year as he reached the Australian Open semis in February and won the Dubai tennis championship last month, praised his rival.

“Congratulations to Matteo and his team, they did a great job here. It’s been an amazing year for me and I am looking forward to the upcoming tournaments.”