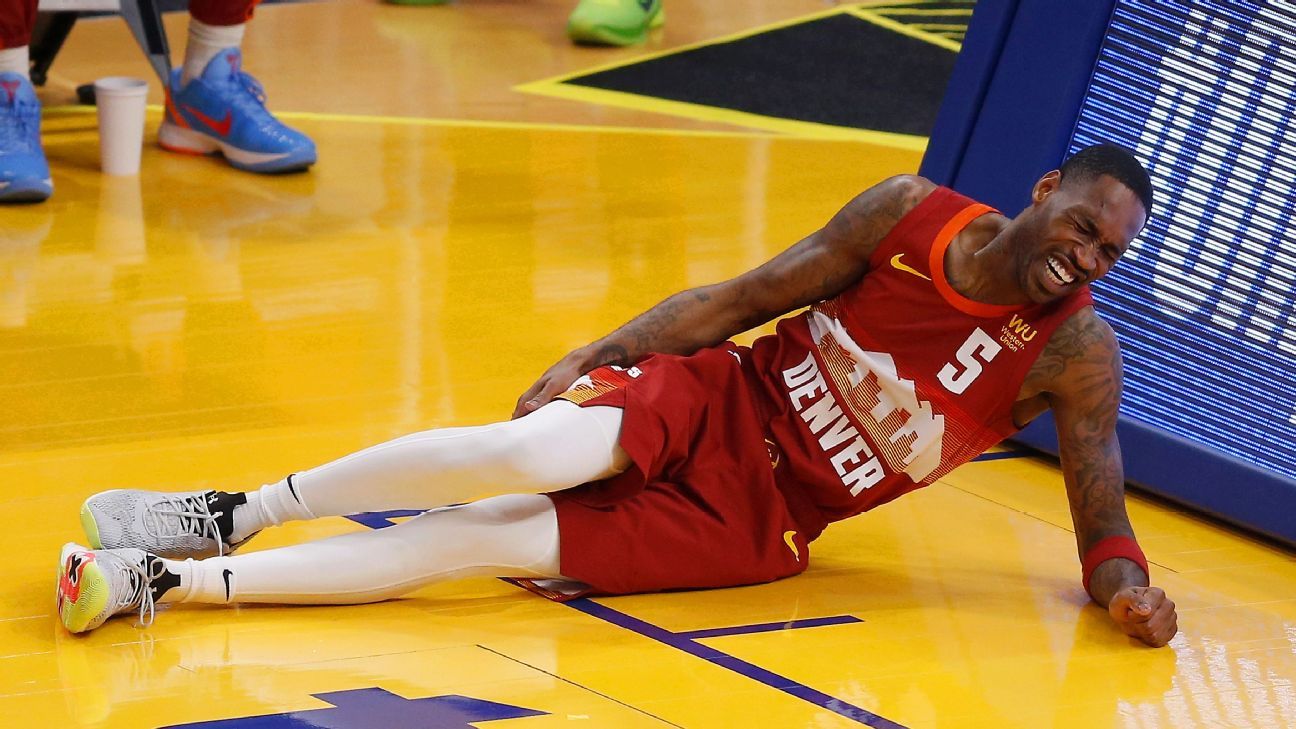 The already-depleted Denver Nuggets will be without starting guard Will Barton for “the foreseeable future,” according to head coach Michael Malone.

The veteran guard pulled up awkwardly after driving to the basket, grimacing as he passed the ball to a teammate. He hobbled his way over near the Nuggets’ bench and went down on the baseline, grabbing at his leg. He exited the court and was ruled out of the game shortly thereafter.

Malone called the injury a “pretty significant hamstring strain” ahead of the Nuggets’ game against the Houston Rockets on Saturday night. While a timetable hasn’t been set for his return, Barton said you hadn’t “seen the last of me this season” in a tweet on Saturday.

Lil setback. Be back soon. Ain’t seen the last of me this season. GOD always looking out 🙏🏾

Barton’s injury leaves the Nuggets short-handed in the backcourt. Star guard Jamal Murray is out for the season after tearing an ACL at Chase Center less than two weeks ago. Backup point guard Monte Morris strained his hamstring earlier this week and has missed the past four games.

Barton is an important part of Denver’s offense with his slashing and scoring ability, adding a dynamic isolation option to Nikola Jokic‘s floor game.