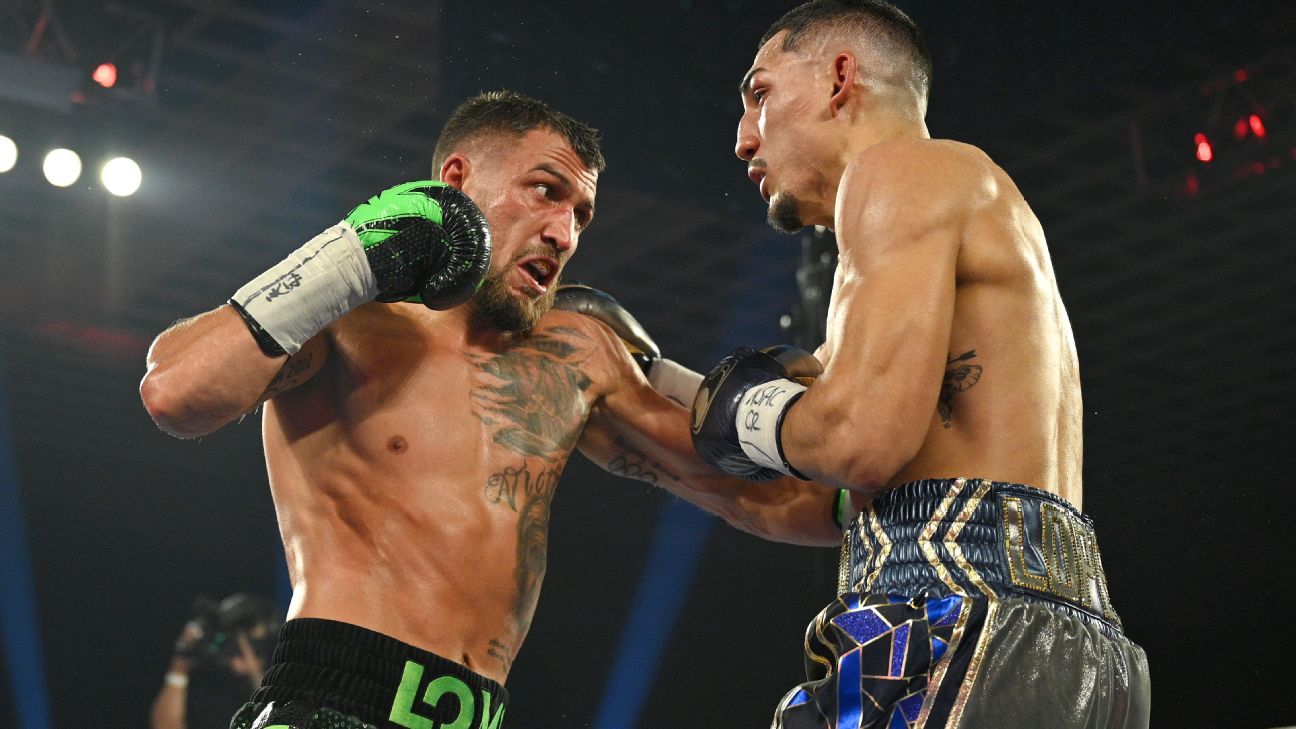 The fight will take place in Las Vegas, according to a source.

Lomachenko (14-2, 10 KOs), 33, hasn’t been in the ring since he lost a unanimous decision to Teofimo Lopez in October 2020. He previously held three of the four major lightweight belts before the defeat.

Nakatani (19-1, 13 KOs) also lost to Lopez by unanimous decision in their July 2019 bout, but he is coming off an upset victory over Felix Verdejo last December. Nakatani was dropped two times in that fight and was trailing on the cards when he knocked Verdejo down twice in the ninth round and won via TKO.

ESPN has Lomachenko ranked as the No. 8 pound-for-pound fighter in the world.