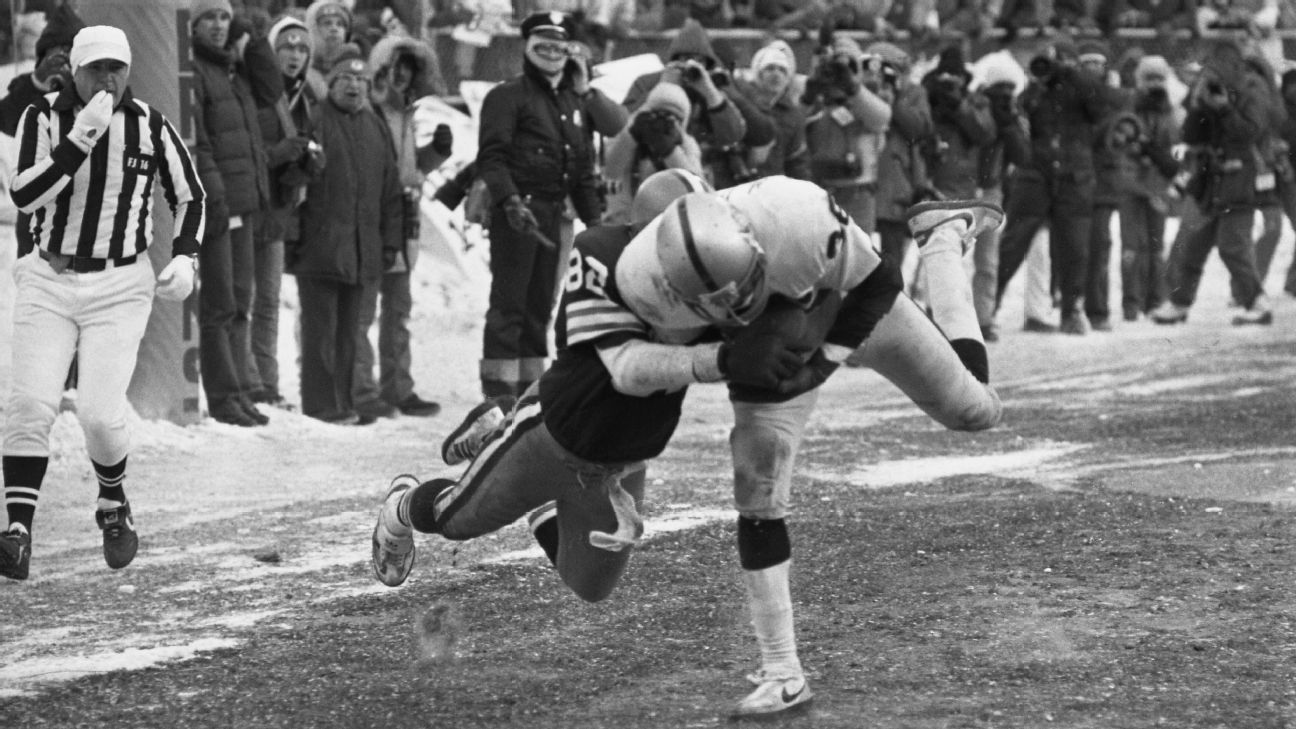 HENDERSON, Nev. — Mike Davis, the former Raiders defensive back who made one of the most memorable interceptions in team history, has died. He was 65.

The Raiders announced Davis’ death Sunday. The team gave no details on the cause of death.

The former Colorado star was a second-round pick by the Raiders in 1977 and will always be remembered for his interception at the end of a playoff win at Cleveland on Jan. 4, 1981.

With the Raiders protecting a 14-12 lead with less than one minute remaining, the Browns had the ball at the Oakland 13 in position for a potential winning goal.

Kicker Don Cockroft had already missed one extra point and two field goals, and the Browns botched a snap on another extra point on a cold day by Lake Erie.

That led coach Sam Rutigliano to call a pass play called “Red Slot Right, Halfback Stay, 88” on second down to go for a touchdown instead. He instructed quarterback Brian Sipe to throw it away if no one was open.

Sipe threw to Ozzie Newsome in the end zone but Davis cut in front and intercepted the pass to seal the victory that sent the Raiders to the AFC title game.

The Raiders beat the Chargers in that game and went on to win their second Super Bowl against Philadelphia.

Davis played 107 of his 115 career games with the Raiders, finishing his career with the Chargers in 1987. He had 11 interceptions and 12 fumble recoveries in the regular season.

Davis also had two interceptions in the AFC title game against Seattle in the 1983 season before the Raiders went on to another Super Bowl title.

“Mike was a beloved teammate, friend and cherished part of our family,” the team said in the statement. “The thoughts and prayers of the Raider Nation are with Mike’s family: Mary, Mike Jr. and Allen. Mike will forever be in our hearts and minds.”