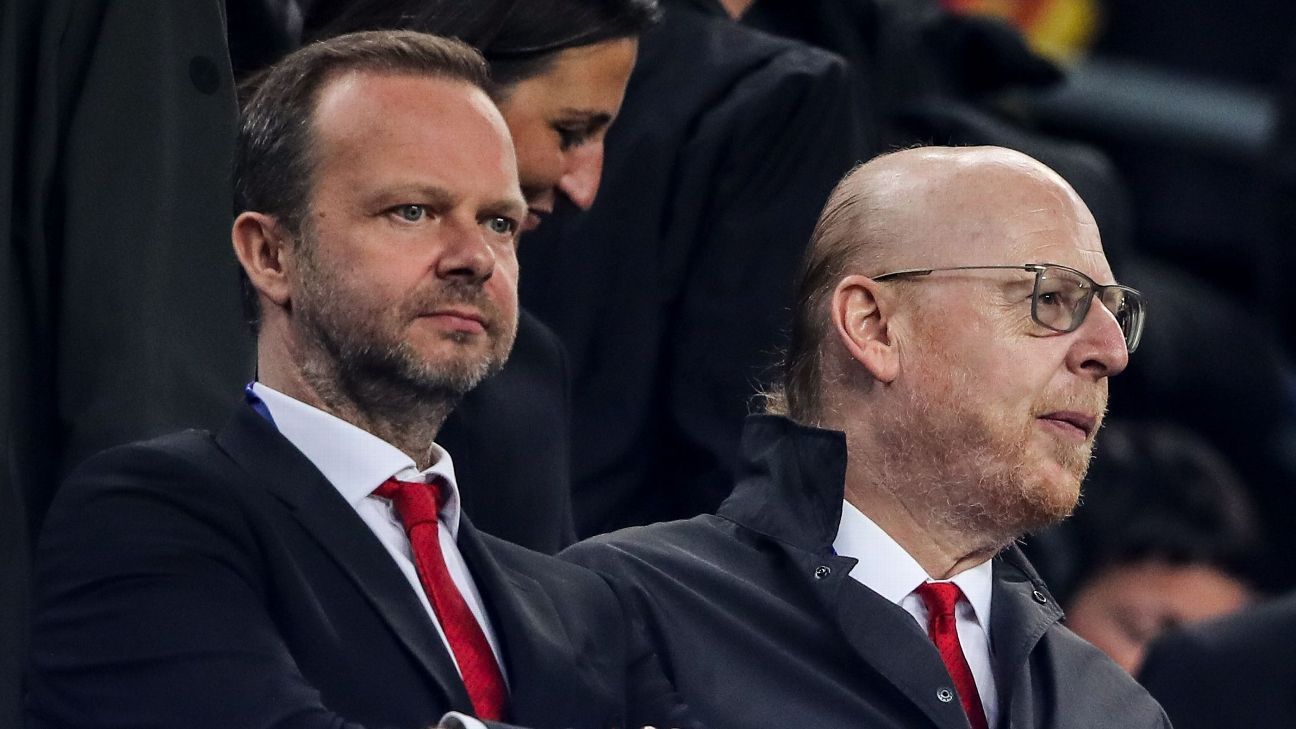 A week after 12 rebel clubs from the Premier League, La Liga and Serie A tried and failed to launch of a European Super League, football is still dealing with the fallout of a momentous period in the game’s modern history sparked by the attempted breakaway of AC Milan, Arsenal, Atletico Madrid, Barcelona, Chelsea, Inter Milan, Juventus, Liverpool, Manchester City, Manchester United, Real Madrid, and Tottenham Hotspur.

Billionaire owners have made unprecedented apologies, supporters have taken to the streets to protest, players and managers have spoken out about the plans and the game’s governing bodies are all preparing to sanction those clubs who had plotted to break away from the rest in order to massively boost their commercial revenue.

But although some kind of normality is beginning to return with the semifinals of the Champions League and Europa League, the events of the past week have reshaped the football landscape and will continue to do so for some time.

There have been some big winners and losers as a direct consequence of the ESL saga. Who has benefited, and who has seen their reputations left in tatters?

The UEFA president was faced with an existential crisis that threatened both his organisation and the fabric of top-level European football when the ESL clubs went public with their intentions on April 18. Had the rebel 12 clubs been successful in breaking away, it would have signalled the end of the Champions League and reduced UEFA to little more than an administrative body on the banks of Lake Geneva.

But rather than accept defeat in the face of such powerful opposition, Ceferin, a former criminal lawyer, fought the breakaway clubs. His news conference last Monday, when he described those involved in the ESL as “snakes,” “liars” and “narcissists,” proved decisive as he caught the mood of fans and disenfranchised clubs throughout Europe. From that point on, the ESL clubs were doomed to fail.

Manchester United fans arrive in their numbers to protest against the Glazer ownership.

The leaders of the ESL clubs completely misjudged — or even discounted — the sentiments of supporters when devising their plan and it proved to be a huge mistake. In recent years, supporters of the top clubs have felt increasingly overlooked as ticket prices have escalated, kick-off times have been scheduled to suit broadcasters rather than match-going fans and a general sense of the game simply exploiting their loyalty for greater financial gain.

But fans of all clubs not only found their voice last week, they discovered that they could be heard and spontaneous protests by fans connected to the 12 rebel teams were so passionate that they couldn’t be ignored. The events of last week have given fans’ groups the belief that they can affect change and they have the power to hold the club owners to account.

When the ESL issued their mission statement, it was notable that there was no Bundesliga team among the 12 clubs signed up to the plan. From the outset, Bayern Munich and Borussia Dortmund made clear their reluctance to be involved with the initiative and that reticence has been attributed to the “50+1” rule in Germany, which ensures that club members retain overall control by owning 50% of shares, plus one share.

Supporters in England are now calling for the same model to be introduced to diminish the power of club owners, although the costs of imposing such a rule would likely make it impossible to enforce.

Paris Saint-Germain have had their issues with UEFA in the past, with the Qatari-owned club having previously been sanctioned for breaking Financial Fair Play regulations. But PSG president Nasser Al-Khelaifi chose not to sign the French champions up to the ESL plan and, as a result, he has vastly improved the club’s reputation within the game and also benefited by becoming the new chairman of the European Club Association (ECA) in place of Juventus chairman Andrea Agnelli.

By staying out of the ESL plan, PSG and Al-Khelaifi have skilfully increased their influence within European football at a crucial time.

The Premier League’s ‘Other 14’

The past week has been damaging for the “Big Six” Premier League clubs who were prepared to sign up to the ESL. Their disastrous attempt to set up a new competition has weakened their position in England and given greater power to the other 14 Premier League teams.

The other 14 clubs have, for many years, believed themselves to be dismissed as inconsequential by the “Big Six,” but with all now seeking punishment for the rebel clubs, they have a rare opportunity to redress the balance of power in the Premier League. If they use it wisely, they can affect change for good, but the Premier League has often been riven by factions, so managing those will be crucial in terms of making positive changes in the wake of the ESL collapse.

The Champions League is by no means perfect — and the new format, to be introduced in 2024, certainly has its flaws — but for many supporters, it is the most exciting and high-quality tournament in world football, greater even than the World Cup. But if the ESL plan had come off, the Champions League as we know it would have been no more.

It may have survived in some format, perhaps with the best teams outside of England, Spain and Italy, but the non-involvement of clubs such as Real Madrid, Barcelona, Liverpool and Juventus would have made it a shadow of its current self. With the ESL failing to get off the ground, the Champions League lives on and only the 12 rebel clubs will surely be unhappy about that.

The American owners of Arsenal, Liverpool and Manchester United have all had turbulent relationships with the supporters of their teams and the ESL plan has just made things a whole lot worse.

Fenway Sports Group (FSG) had found a way to work with the Liverpool supporters and overcome previous issues, but fans groups at Anfield have reacted angrily to the ESL plans and the relationship between the two sides is now at rock bottom. Stan Kroenke at Arsenal and the Glazers at Manchester United have never been popular with their clubs’ fans, but the ESL saga has simply re-ignited dormant frustrations and led to large-scale protests.

Rightly or wrongly, the American owners are blamed for being enthusiastic about the ESL plans because they mirror the closed-shop nature of U.S. sports, and fan fury towards them has yet to subside.

The Real Madrid president, who had been installed as ESL chairman, has never been shy when it comes to expressing a controversial or self-serving opinion, but he took his outspokenness to a new level last week. Perez spoke like a man out of touch with fans at all clubs by speaking of Real’s “very bad situation” and the need for the top clubs to earn more money. His comments that young supporters are losing interest in the game and may prefer shorter matches prompted widespread ridicule.

As the spokesperson for the ESL project, Perez caused more harm than good by spectacularly misjudging the views of the wider football world.

He may prove to be the first of many involved in the ESL to lose his job (though he’s not leaving until the end of the year), but the resignation of Ed Woodward as Manchester United executive vice-chairman, less than 48 hours after the plan had been made public, was a huge moment.

Woodward has been regarded as a crucial figure at United by the Glazer since overseeing their takeover at Old Trafford while working for investment bank JP Morgan in 2005, so in the eyes of the club’s supporters, his exit is a big blow to the owners. With him gone, there is a now hope among United fans that a football expert, rather than one rooted in finance, will be appointed to run the club.

The Juventus chairman had a worse week than most, with Ceferin declaring his personal friendship with the Italian to be over by saying he has “never known a person who would lie so many times.” Agnelli also lost his position as chairman of the ECA because of his involvement with the ESL plan and, despite being one of the biggest advocates of the new competition, had to admit defeat late last week.

To compound matters for Agnelli, Sunday’s 1-1 draw at Fiorentina (stream the replay on ESPN+ in the U.S.) left Juve in fourth place in Serie A and at risk of missing out on Champions League qualification for the first time in 10 years.

Manchester City supporters are the only group of fans among the “Big Six” not to take to the streets to protest against the ESL plans of their owners, while Chelsea fans insist that their demonstration outside Stamford Bridge last Monday was directed at the ESL proposal rather than owner Roman Abramovich.

But while the City and Chelsea fans are in forgiving mood, the reputations of Abramovich and City’s Abu Dhabi hierarchy have been damaged within the game because they still chose to sign up to the ESL plan, without consulting fans or taking the same stance as Bayern Munich or PSG. As club owners, Abramovich and Sheikh Mansour have transformed their teams and earned the trust of fans, but they were both still prepared to break away with the rest.

As Manchester City lifted the Carabao Cup for a fourth successive season after beating Tottenham 1-0 in the final on Sunday (stream the replay on ESPN+ in the U.S.), few people watching would have considered the competition’s future. But last week was a bad one for the Carabao Cup, even though the ESL project was kicked firmly into touch.