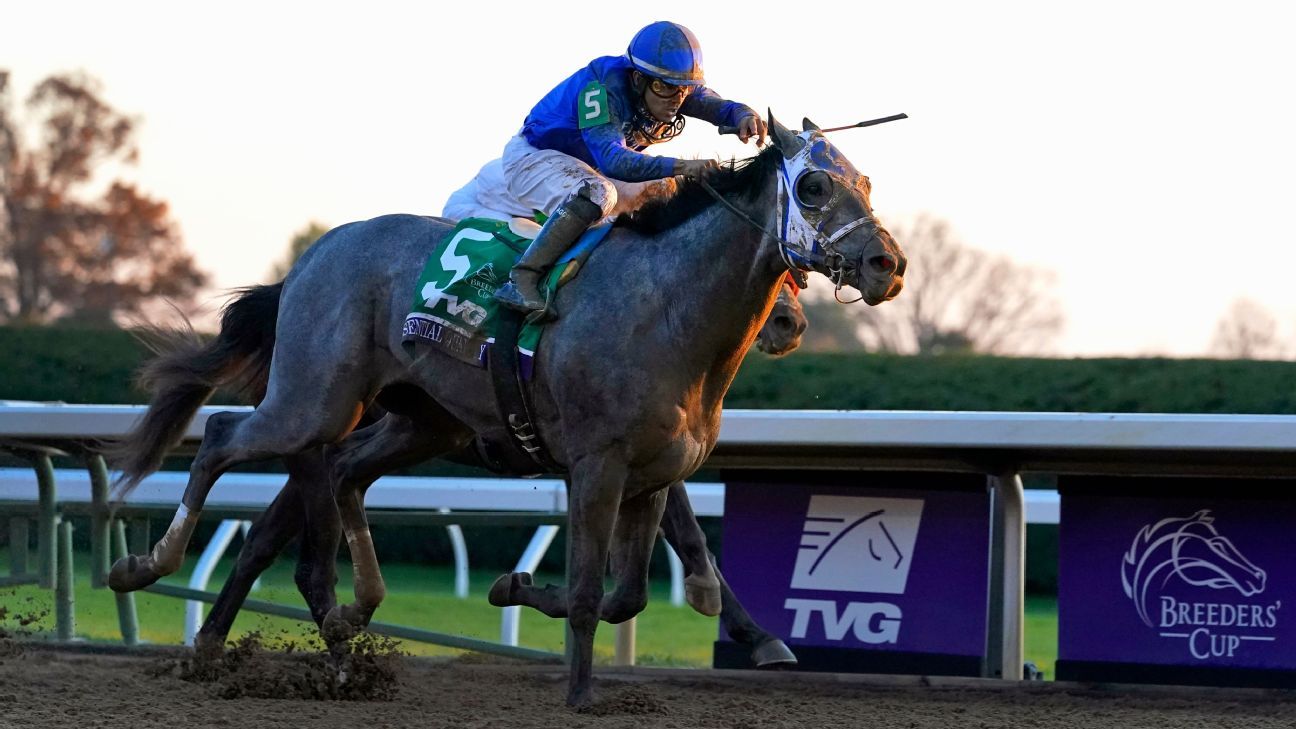 LOUISVILLE, Ky. — Essential Quality is the 2-1 morning-line favorite and will start from the No. 14 post for Saturday’s 147th Kentucky Derby at Churchill Downs.

The $3 million, 1 1/4-mile marquee race for 3-year-olds is back on the first Saturday of May after being delayed to Labor Day weekend last fall because of the coronavirus pandemic. The race is expected to be viewed in person by 45,000 spectators.

The obvious focus is on Essential Quality, the reigning 2-year-old champion who enters the Run for the Roses 5-0. His haul of graded stakes victories includes a gutsy Blue Grass victory at Keeneland on April 3 that vaulted the gray son of Tapit to the top of the Derby standings with 140 points and cemented him as the projected favorite.

Essential Quality is one of two entries trained by Brad Cox, who grew up a few blocks from Churchill Downs and is trying to become the first Louisville native to win the race. The Eclipse Award winner will also saddle Mandaloun from the No. 7 spot as a 15-1 choice in his Derby debut.

Unbeaten Rock Your World, trained by John Sadler, comes in 3-0 following a 4¼-length victory in the Santa Anita Derby.

Known Agenda leads Todd Pletcher’s four-horse contingent that includes Bourbonic, who drew the outside No. 20 post; Dynamic One (No. 11, 20-1 odds) and Sainthood (No. 5, 50-1). The chestnut colt has won two of three starts this season and has three wins, a second and a third in six career starts.

Hot Rod Charlie’s post draw in the middle brought a loud cheer from his contingent as the colt avoided being bunched inside out of the gate. Trainer Doug O’Neill’s colt won the Louisiana Derby by two lengths and was second to Essential Quality with 110 Derby points.

This year’s race will be run for the first time without horses using the anti-bleeding drug Lasix as part of the sport’s attempt to move toward the elimination of race-day medication.

Formally known as furosemide, it’s given as an injection about four hours before a race to prevent or reduce the severity of exercise-induced bleeding in the lungs. It also works as a diuretic that causes horses to urinate and lose 20 to 30 pounds of fluid, thus increasing their ability to run faster. Humans use Lasix to control blood pressure.

The last horse to win the Derby without Lasix was Grindstone in 1996.

Churchill Downs declined to award qualifying points in this year’s Kentucky Derby prep races to any horse running on race-day Lasix. The Breeders’ Cup is following suit, with a Lasix ban for its qualifying races and no points awarded to horses using it.

“The longer we’ve done it, the more I’ve been able to adjust,” O’Neill said. “The horses have kept their form without it. They do seem to come out of the races with more energy, and they get back to their normal exercise energy quicker so they recover quicker without Lasix.”