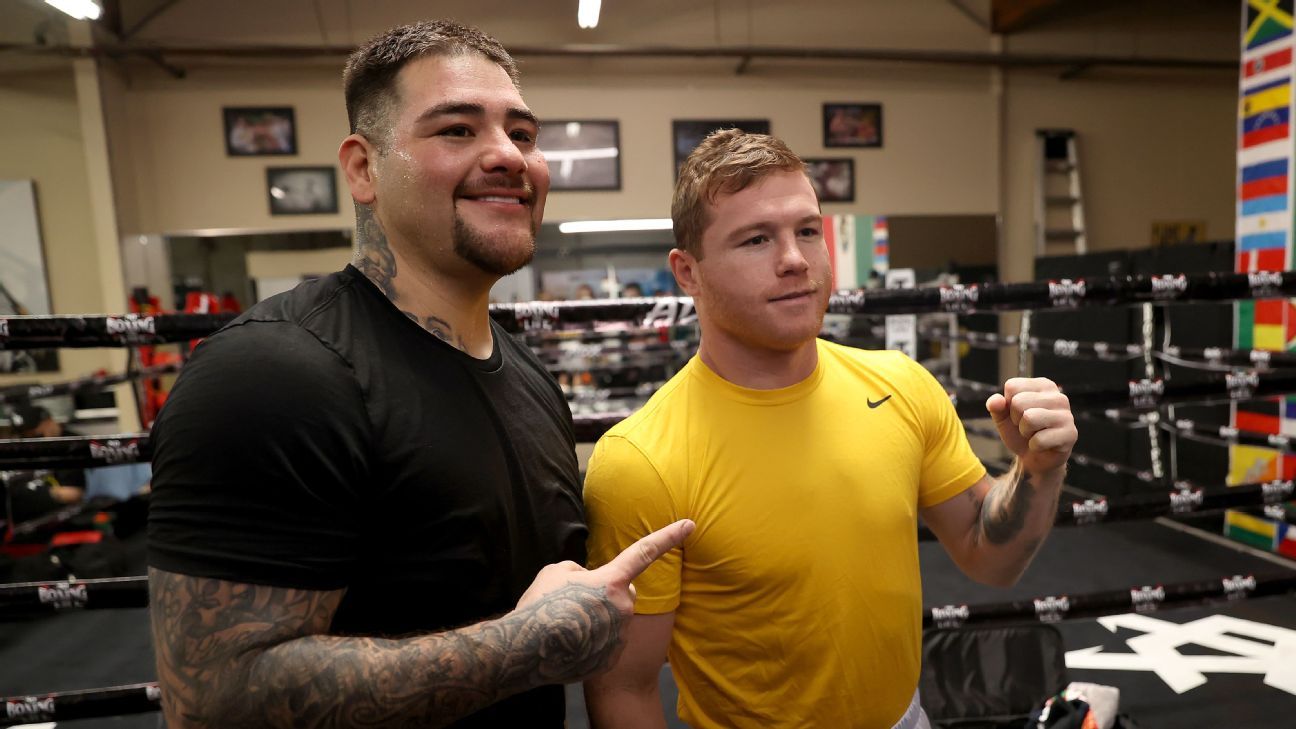 While the date and venue for the undisputed world heavyweight clash between Tyson Fury and Anthony Joshua have yet to be finalized, there are plenty of other big fights already scheduled to mark on your calendars.

Over the coming months, boxing will seem a lot more like it used to with the return of crowds at venues and bigger fights to look forward to than we have been accustomed to over the past year due to restrictions caused by the coronavirus pandemic.

Here are our picks for the top 10 fights based on their entertainment value. For the purposes of this list, we’re including only upcoming bouts reported as being finalized or already announced through the end of July. Fury-Joshua was not confirmed at the time of writing, but when it is announced it will be slotted in at No. 1, the biggest fight of not only the next few months, but of all of 2021.

This is a must-see matchup between two skilled pressure fighters who both bring two world title belts to the table. It’s got the potential to be a fight of the year candidate and the winner will establish himself as one of the best pound-for-pound fighters in the world. They have both shown ruthless finishing power in recent fights and it’s a hard fight to call, which makes it compulsive viewing. Taylor has beaten better opponents than Ramirez and this alone gives him the edge. But Taylor, from Scotland, will have to do without the support of his fans who will be unable to travel to Vegas due to coronavirus restrictions.

This event will be a fantastic moment for boxing, with at least 60,000 at AT&T Stadium in Arlington, Texas. They will all be there to see Alvarez, boxing’s biggest star and arguably the best in the world pound-for-pound. Whatever your view on Alvarez’s abilities, and if his global appeal is bigger than Joshua’s or Fury’s, what is beyond doubt is his recent scintillating form. Saunders, of England, is experienced enough to give Alvarez problems and cause some drama, but Alvarez is a joy to watch at the moment.

The coronavirus pandemic has been hard for a lot of boxers who have been kept out of action, but for Lopez it will be remembered for the time when the 23-year-old New Yorker pulled off a huge shock and beat Vasiliy Lomachenko by unanimous decision to become the lightweight king. When Lopez makes a first defense against George Kambosos Jr., more will be expected of him. Kambosos looked razor sharp in a split-decision victory over Lee Selby in October, but Lopez should still be a level above.

You can’t accuse Ryan Garcia or his promoter Golden Boy of taking the easy route as for the second consecutive fight Garcia, of Los Angeles, takes a risk against a more experienced contender. Garcia, 22, got off the canvas in January and recovered from a shaky start to stop Luke Campbell, who had taken Lomachenko and Jorge Linares the distance in world title fights. Fortuna is a former junior lightweight titlist and ranked No. 2 by the WBC in the division, making this a huge chance for Garcia to edge closer to a world title shot. Garcia’s huge social media following will ensure plenty of crossover interest in this fight.

It’s been nine years since Taylor and Jonas last faced each other, but that doesn’t mean this fight is past its sell-by date. In fact it’s far from it. Both Taylor and Jonas have been in excellent form recently and this matchup promises to be an entertaining world title fight. Ireland’s Taylor beat England’s Jonas on her way to winning Olympic gold in 2012 and has gone on to win world titles in two weight classes as a professional. Jonas boxed excellently during a draw with Terri Harper in her first world title attempt at junior lightweight in August, while Taylor, No. 2 on ESPN’s women’s pound-for-pound rankings, beat Delfine Persoon in a rematch to become the undisputed lightweight champion. Taylor is likely to be too slick, too fast and too big for Jonas, who will be stepping up a division.


Just which division Davis is best suited at remains unanswered for the moment. But against Mario Barrios we will get an idea whether his power can make a dent at junior welterweight. Davis, a titleholder at lightweight and junior lightweight, knocked out Leo Santa Cruz to retain his WBA “regular” lightweight title and win the WBA junior lightweight world title in October, but is Davis big enough for 140 pounds? Barrios is 5 inches taller, has dangerous firepower and is unbeaten. It’s a risky fight for Davis, who will be trying to become a three-division champion.

Former world champion Linares is just the sort of test Haney needs at this point of his career. Just how good is the 22-year-old based in Las Vegas? We will find out when he faces 35-year-old Linares, of Venezuela, who has been stopped in his past two world title fights. This is a great opportunity for the talented Haney to shine against a respected former champion. There are big fights in the pipeline for Haney against the likes of Lopez, Davis and Garcia and he can make a statement with an impressive victory against Linares.

Parker, who held the WBO world heavyweight title from 2016 to 2018, has been training alongside Fury in England ahead of a make-or-break fight against Chisora, and it will be intriguing to see the results of Parker’s work with new trainer Andy Lee, the former middleweight world titlist. Parker, of New Zealand, looked a bit flat his last time out in a decision victory against Junior Fa back in February, and has a lot to prove against the veteran Chisora, who is rarely in a dull fight. The winner will put himself in contention for a title shot in 2021.

On the same night as Chisora-Parker, there’s another heavyweight nontitle bout you’ve got to check out involving a former champion. Just how serious is Ruiz about winning back the title? Well, according to Ruiz, he has lost 40 pounds, and he needs to look pretty good against Arreola if he is to regain some momentum and relevance in the heavyweight division. Ruiz, remember, stopped Joshua to win the IBF, WBA and WBO heavyweight world titles in June 2019, but then ballooned in weight and lost the rematch by decision in December 2019. He has not fought since. Arreola is 40 and has not fought since August 2019 — but perhaps he will be motivated by the chance to fight the first boxer of Mexican descent to win a heavyweight world title. Arreola wanted to achieve that feat but failed to do so in three world title attempts. This is a final chance for him to bag some glory against a former champion.

If Shakur Stevenson, 23, the 2016 Olympic silver medalist, is going to be taken seriously, then he needs to overcome Jeremiah Nakathila in style. Nakathila is not one of the world-leading 130-pounders, does not appear in the top 10 of the other three world governing bodies, and this will be just his second fight outside of his native Namibia. Stevenson will be looking for an eye-catching stoppage win to edge him closer to a shot at fellow American Jamel Herring, the WBO champion.