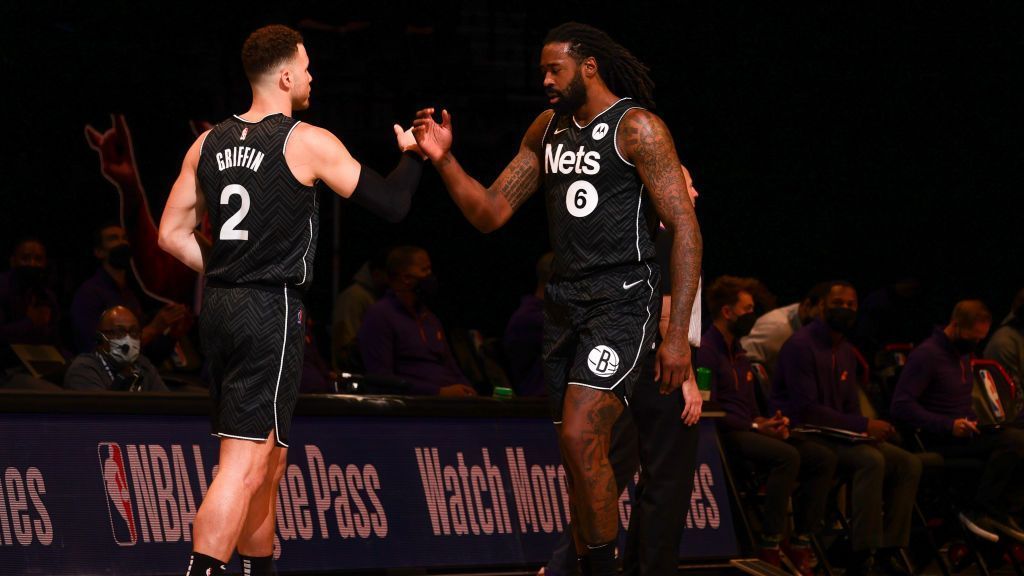 The Brooklyn Nets clinched a playoff berth on Tuesday night, after defeating the Toronto Raptors 116-103. They are the first Eastern Conference team to confirm a spot in the postseason.

Now, the Nets can slip no lower than sixth in the Eastern Conference standings.

“It’s great,” Nets coach Steve Nash said of securing a place in the playoffs. “I think we have our eyes on bigger things, but it’s a nice first step to clinch a berth. For this group, facing all we’ve faced, to be in this position with 10 games left is very positive.”

Nets guard Joe Harris said James Harden — who remains sidelined with a hamstring strain — mentioned clinching to several of the Nets’ players on Tuesday. Nets big man Jeff Green said that after all of the injuries the team has been through — including playing large stretches without Harden, Kevin Durant, Tyler Johnson and others — having a guaranteed playoff spot is rewarding, but not the team’s final goal.

“It is something that we can hang our hats on,” Green said. “That’s something we can be proud of, but we also have to realize that that’s not the goal. … We have to take on the next step, and that’s focusing on what we need to accomplish in the playoffs to get to our ultimate goal.”

The Nets currently occupy the No. 1 seed in the Eastern Conference. The Philadelphia 76ers trail the Nets by 1 ½ games.

“We have to be excited with some of the things that we’ve done, but we can’t be content and we have to continue to work,” Green said.

The Nets have 10 games remaining in the regular season and are playing just four of them at home in Barclays Center. Brooklyn has yet to put together a significant run with a fully healthy roster. Harden — who is shooting and doing strength work — still has “a ways to go,” according to Nash, before he will return. Nash added that the team might not get many, if any games, with a full-strength roster before the postseason. The Nets are also without Nicolas Claxton, who has missed five games while in the league’s coronavirus safety protocols.

“I think everyone’s in a positive mood,” Nash said of the group. “And just want to keep building, keep getting better, keep improving before the playoffs start, which is in a limited amount of time.”