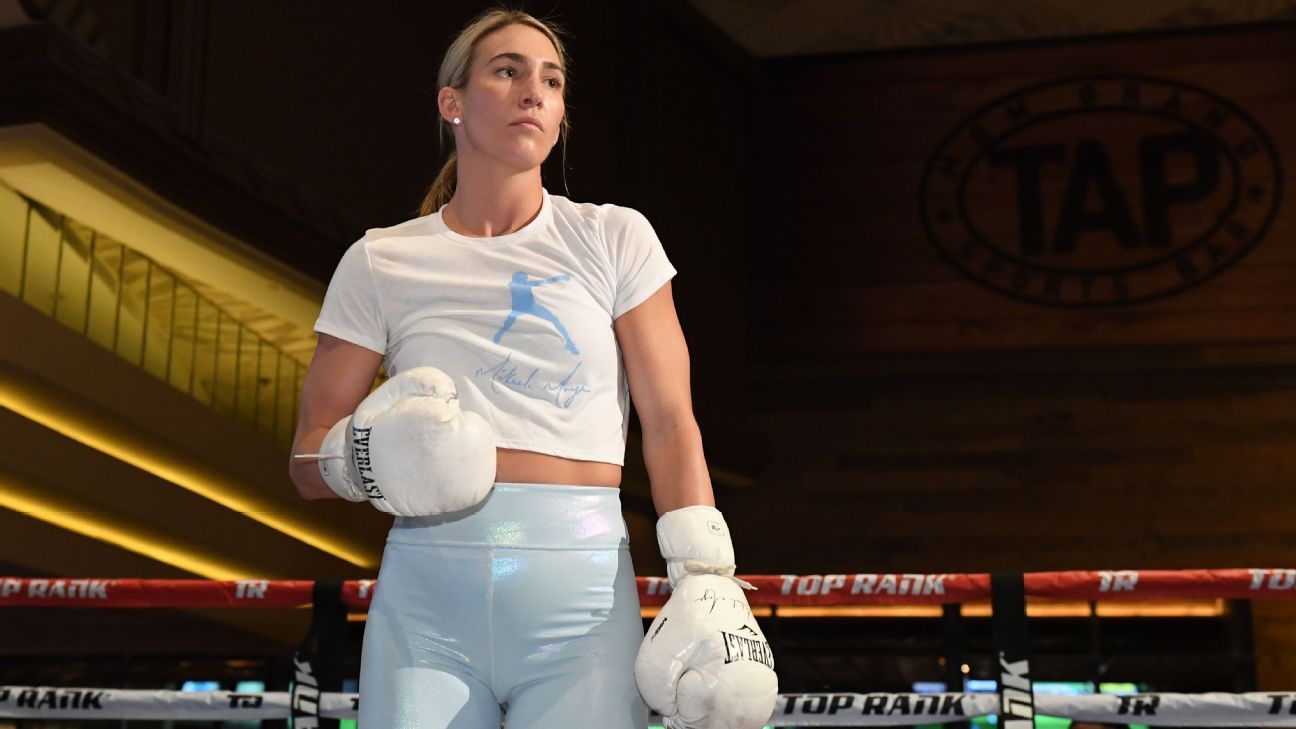 Thirty-year-old Mayer (14-0, 5 KO) last fought on Oct. 31, 2020, when she won the WBO belt over Ewa Brodnicka. Mayer has won by unanimous decision in six of her past seven fights — the outlier being when Alejandra Soledad Zamora had the fight stopped in the sixth round of her bout against Mayer on Oct. 26, 2019.

Mayer said in January that her hope for 2021 was to unify the titles — the other belts in her division are held by Terri Harper (WBC), Maiva Hamadouche (IBF) and Hyun Mi Choi (WBA). But for now, that will have to wait.

Farias (26-4, 10 KO) is the former WBC super lightweight and lightweight titleholder. The 36-year-old has lost three of her past five fights, but they have all been title fights.

She lost by unanimous decision to Cecilia Braekhus in 2017 for all of Braekhus’ welterweight belts. Her two most recent fights were losses to Jessica McCaskill — by unanimous decision on Oct. 6, 2018, when she lost her WBC super lightweight title, and by majority decision Oct. 12, 2019, in the rematch.

Farias has not fought since, and this will be her third consecutive fight in the United States.