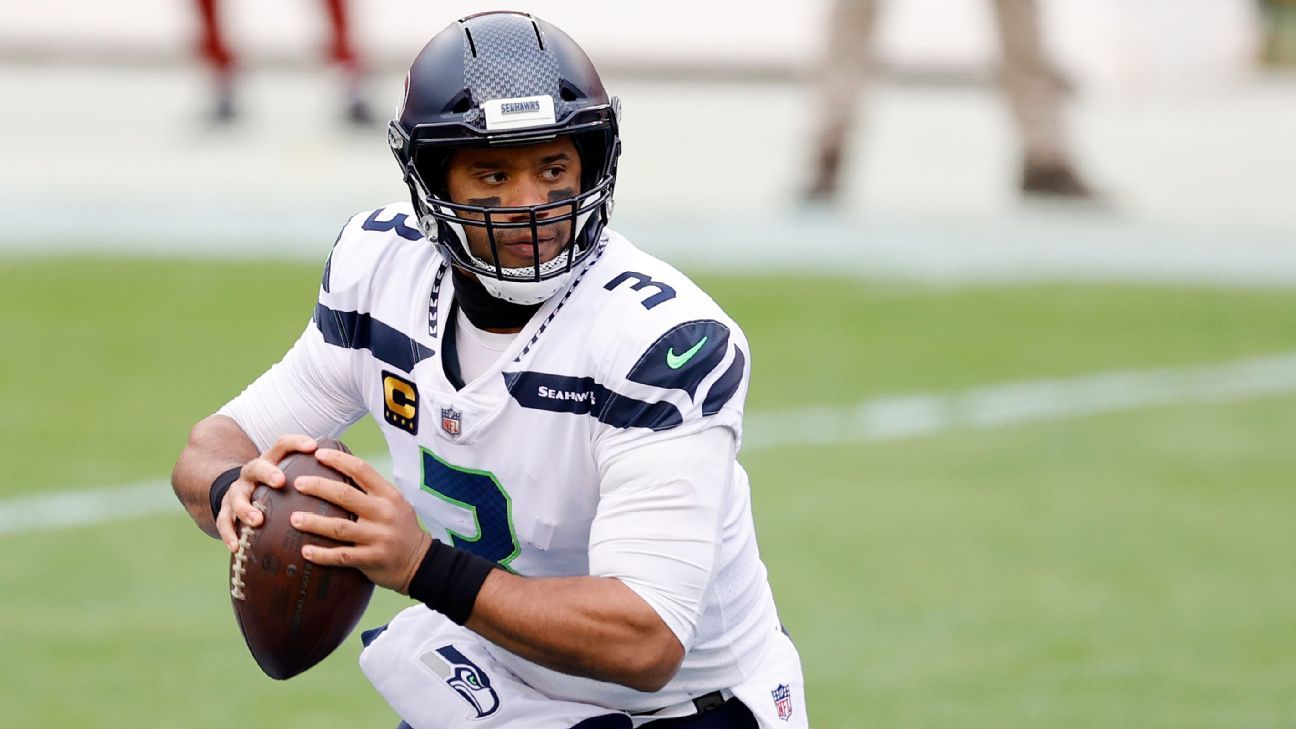 SEATTLE — General manager John Schneider says that he never “actively negotiated” with any teams that called the Seattle Seahawks about a possible trade for Russell Wilson.

Coach Pete Carroll says the organization and Wilson are in a “fantastic place” and that the Seahawks were never going to trade their star quarterback.

Schneider and Carroll spoke publicly Wednesday for the first time since Wilson aired his frustrations with the organization during media interviews in February. Among Wilson’s frustrations was all the hits he’s taken over his nine-year career with Seattle.

“There was some stuff that was said that had to be dealt with, and it has been,” Carroll said. “So Russ is in a great place right now, and he’s been in a great place throughout the offseason. We have communicated throughout all of the things just like I always have …

“Right now, he is as jacked up as he’s ever been. He’s in the process of turning over our new offensive stuff that is different from the past and things that we need to learn. He’s totally after it and doing a great job, his mentality is strong and his conditioning is right. He’s doing a great job. So things were said, things were said. And sometimes you have to deal with stuff and that’s how we take care of our business. We’re in a fantastic place right now and really excited about this team and this season and this draft coming up and all of that.”

ESPN’s Adam Schefter reported in March that the Chicago Bears made an aggressive pursuit of Wilson but were told that the Seahawks weren’t trading him at that time. Asked about that report, Schneider said a number of teams called Seattle about Wilson, but he declined to specify.

“There was no active negotiations going on,” he said.

Asked if Wilson’s post-Super Bowl comments violated Carroll’s No. 1 rule — always protect the team — Carroll said they “challenged” the rule. Carroll said Wilson wasn’t any more frustrated than he was after Seattle’s loss to the Los Angeles Rams in the wild-card round.

“Pete Carroll and Russell Wilson are two of the most passionate and competitive people that I know, and passionate people just say passionate things,” Schneider said. “I think that it just kind of came out.”

Carroll declined to get into specifics on why he and offensive coordinator Brian Schottenheimer parted ways after the season, a decision that led to Seattle hiring Shane Waldron as his replacement.

Carroll referred to Pro Bowl safety Jamal Adams as the Seahawks’ No. 1 pick in this year’s draft, a reference to how Seattle gave up a package of draft picks including this year’s first- and third-rounders in last summer’s trade with the New York Jets.

Both Carroll and Schneider talked about Adams being a part of the team’s future. He’s entering the fifth and final year of the rookie deal Seattle inherited from the Jets. A source has told ESPN that there’s confidence in the organization that a long-term deal will get done with Adams during this offseason.

“We want him here long term, for sure,” Schneider said.

Schneider said he can’t discuss defensive end Aldon Smith‘s recent arrest in connection with an alleged second-degree battery in Louisiana. Asked about Smith’s past, which includes a domestic violence allegation, Schneider alluded to a blanket statement he made years ago about how the Seahawks would avoid players involved in such incidents and said he’s since learned that every situation should be treated individually.