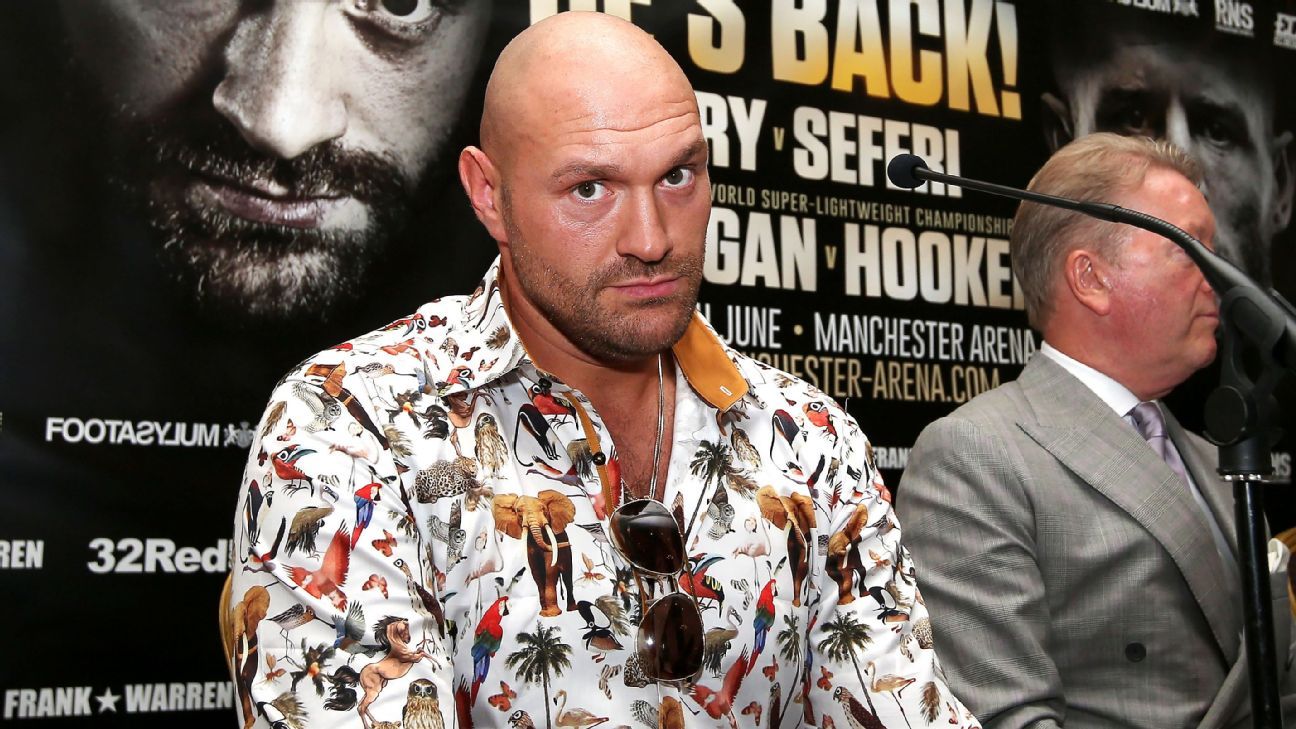 Tyson Fury, the heavyweight champion of the world, is looking to add another honor on Saturday. It’s one he has no control over and something he didn’t even know about until this week.

Depending what happens in Louisville, Fury might be the namesake of a Kentucky Derby champion.

The horse, King Fury, currently sitting at 20-1 odds, was named after Fury by horse trainer Kenny McPeek. The trainer came up with the idea after watching Fury’s second fight against Deontay Wilder last February.

A month later, the horse’s owner, billionaire and former Reebok chairman Paul Fireman, told McPeek he could name the horse. He had wanted to name one in honor of Fury and after kicking around the idea of ‘The Gypsy King,’ and ‘Gypsy King Fury,’ he settled on ‘King Fury,’ as the horse’s name.

“That was such a great fight and so fun to watch and he seems like a really fun guy,” McPeek told ESPN on Wednesday. “The other thing is when you name colts, especially really well-bred, expensive colts, you want to name them with a strong name.”

He could think of nothing stronger than Fury, the undefeated lineal champion of the world. McPeek said the horse and the fighter have similar pre-competition personalities — calm and cool instead of getting worked up. It was another thing that struck him about considering naming King Fury after Tyson Fury.

McPeek had tried unsuccessfully to reach out to Fury on Twitter before — Fury said Wednesday he doesn’t check Twitter too often — but McPeek’s note caught his eye Wednesday.

McPeek sent a message Tuesday night, offering Fury VIP tickets to the Kentucky Derby to watch his namesake run. Fury, who didn’t know about the horse until then, was intrigued.

Fury has long had an interest in horse racing. He lives 40 minutes from the Aintree Racecourse in Liverpool, England, where the Grand National is run and he’s attended that race a couple of times. Horses have long been a part of his culture and he first learned of the Derby as a boy. He’s watched it a bunch and thought about going before, but the timing and opportunity never worked out.

Now, he happened to be in Las Vegas on a training vacation when he received the message and the offer. So Tyson Fury is headed to the Derby, where he’ll watch King Fury. The horse won three of his six starts, including the Stonestreet Lexington Stakes in his last race on April 10.

Fury could end up doing more than that.

Fury said he plans on arriving in Louisville on Saturday — he has training in Las Vegas on Friday — and plans to do some touring of the city where Muhammad Ali grew up as well. He’s hoping to visit Ali’s childhood home and the gym he trained in. Fury said Ali was his boxing hero and he’s always wanted to visit Louisville.

His namesake gave him another reason to do so.

Once he arrives at Churchill Downs, Fury said he plans on walking the horse out before the race and McPeek told ESPN if Fury the fighter wants to accompany King Fury the horse from the stables to the paddock before the race, he is more than welcome to do so. Fury also said he’s planning on putting $2,000 on his namesake to win the race.

“I’m going to walk the horse out, of course I am,” Fury said. “How badass would it be, you own a horse and the Gypsy King, Tyson Fury, the undefeated, undisputed lineal champion is walking your horse into the arena.”

McPeek, the trainer for last year’s Preakness winner Swiss Skydiver and 2002 Belmont winner Sarava, joked Fury should “bring the belt” with him to the Derby when he comes.