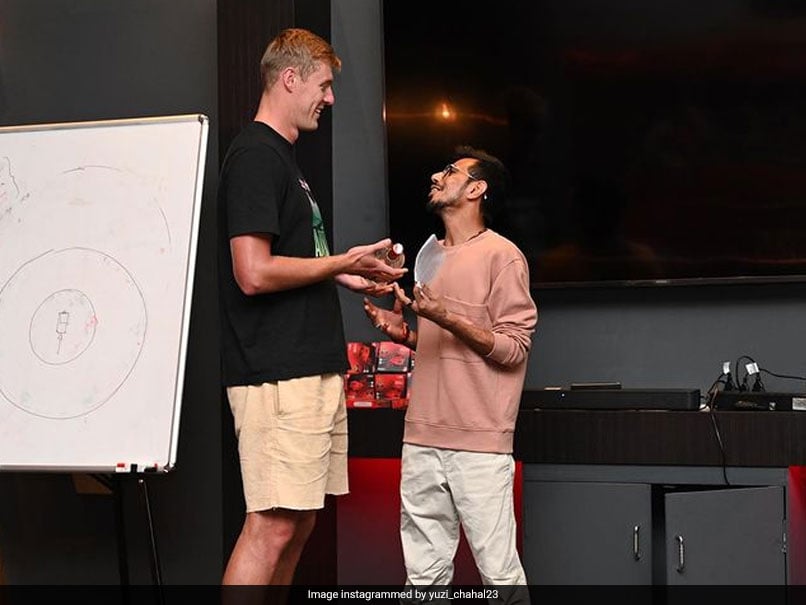 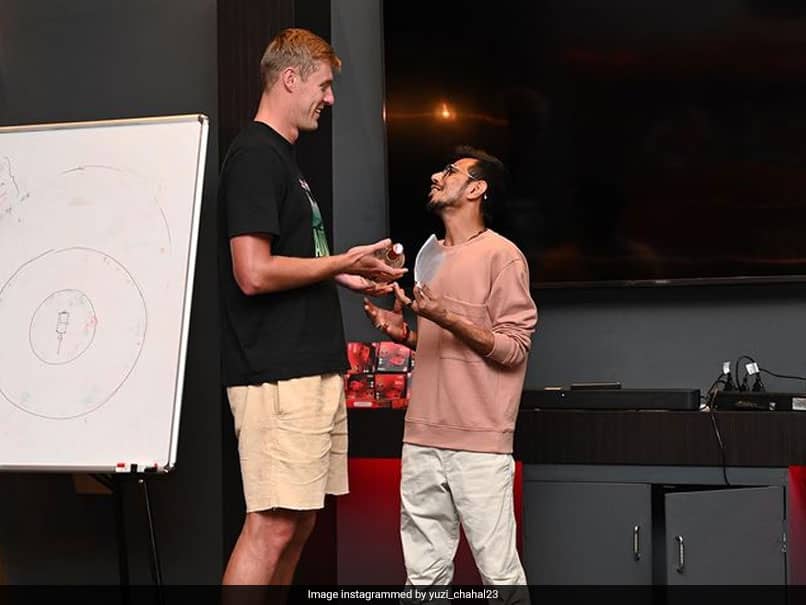 
Team India’s premier leg-spinner Yuzvendra Chahal has always been active on social media platforms. Chahal, who plays for Royal Challengers Bangalore (RCB) in the Indian Premier League (IPL), has time and again kept his fans entertained with his social media posts. On Thursday, the spinner announced that his IPL teammate Kyle Jamieson wants to learn Hindi from him. Chahal made the announcement on Instagram. The cricketer shared a picture with Jamieson and captioned it, “After @martyguptill31 , now @kylejamieson_ wants to learn Hindi from me.”

The fans were quick to warn the Kiwi cricketer about the consequences of learning Hindi from Chahal as they still remembered how the Indian had taught Martin Guptill cuss words in his native language. Guptill was then caught cussing in Hindi in front of the camera.

The incident took place last year in January, after the conclusion of the second T20I match between India and New Zealand, which India won by seven wickets.

At the end of the match, Guptill went to Chahal and used a cuss word while greeting him. The incident left Rohit Sharma and fans in spilt.

Jamieson’s fellow New Zealand pacer Tim Southee also warned him that it’s “not a good idea to learn from @yuzi_chahal23”.

It looks like Chahal has found a new partner in crime at the RCB camp in Jamieson. The duo recently recreated WWE superstar Undertaker’s entrance on social media and the video of the same was shared by Chahal.

RCB is having a dream run this season, having won five out of their opening six games. The Virat Kohli-led outfit lead the IPL table with 10 points and are favourites to qualify for the playoff.

RCB will next take on the KL Rahul-led Punjab Kings in the 26th match of IPL on Friday in Ahmadabad.