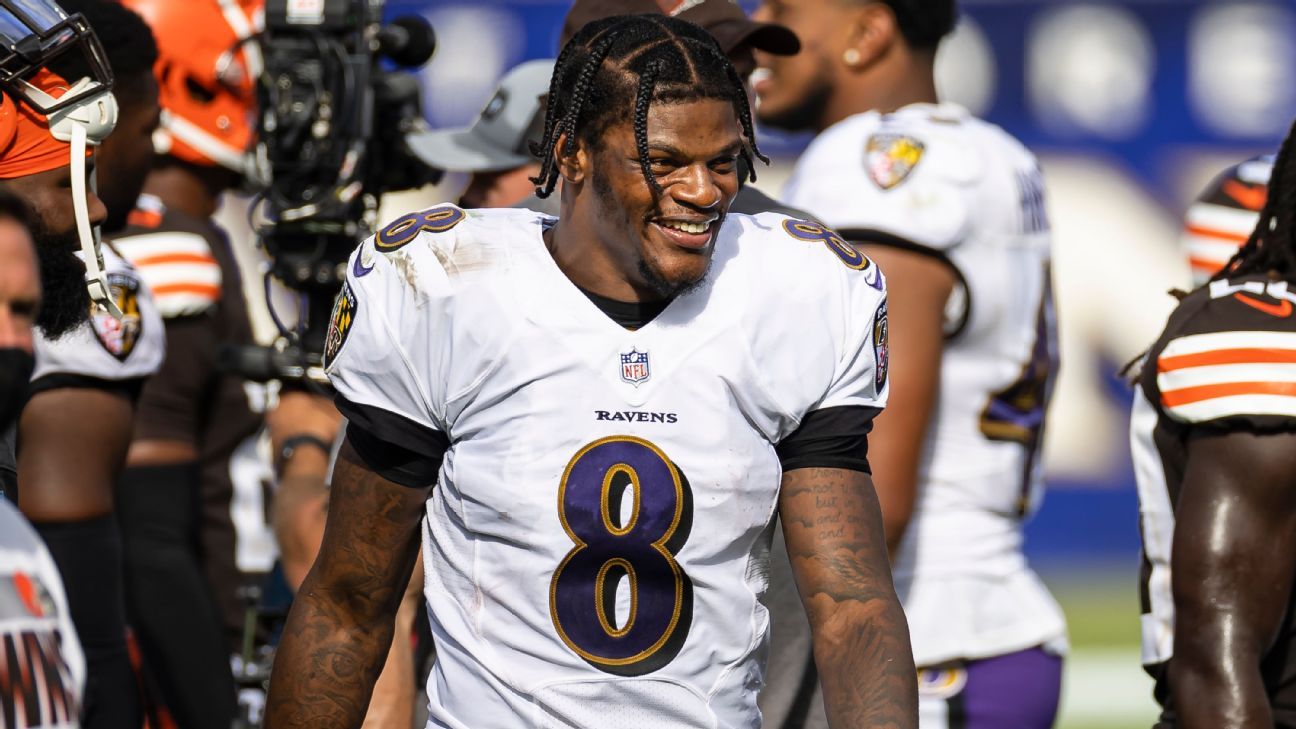 For most of his NFL career, Lamar Jackson has made people pay for thinking he wasn’t a quarterback.

But on Wednesday, Jackson actually paid one lucky passerby $100 after the man thought Jackson was a wide receiver and then an offensive lineman.

Lamar Jackson offered a man $100 if he could tell him his name.

Jackson still gave him the money.

In the exchange, which Jackson shared on Instagram, the Baltimore Ravens quarterback playfully offered the man money if he could recognize the 2019 NFL MVP.

“I know you play football,” the man said.

When the man guessed wide receiver, Jackson responded, “You might not get this $100.”

The man later guessed the 212-pound Jackson might be an offensive lineman.

Being a good sport, Jackson gave a $100 bill to the man and hugged him.

Moments later, the man ran back and exclaimed, “Lamar Jackson!”

After the video was shared on social media, Jackson said jokingly: “If he would’ve said RB, I would’ve kept my $100.”

Jackson has become one of the most popular players in the NFL. He ranked No. 3 in the end-of-year NFL Players Association player sales list of licensed merchandise, trailing only Tom Brady and Patrick Mahomes.