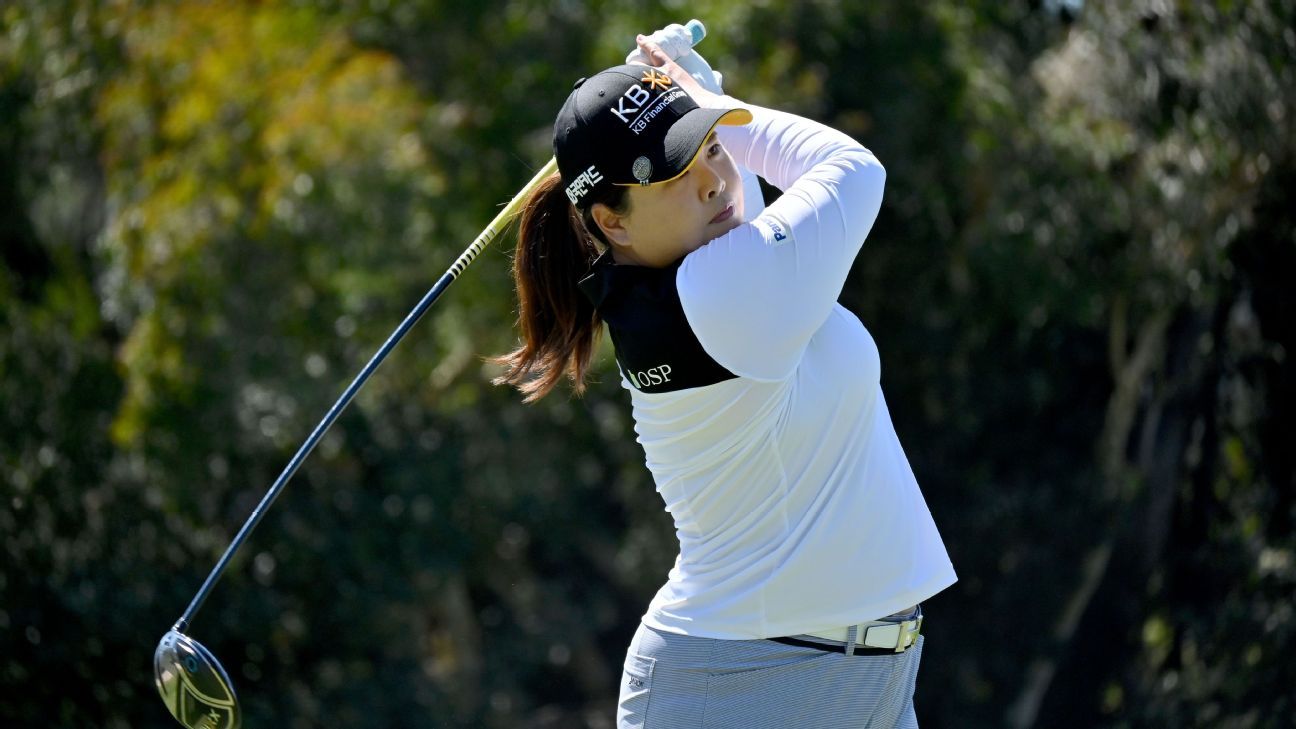 SINGAPORE — The Park family — No. 2-ranked Inbee Park and her husband and caddie Gi — led the way after the opening round of the HSBC Women’s World Championship on Thursday.

Park birdied two of her final three holes in a bogey-free round for an 8-under 64 and a one-stroke lead at the LPGA Tour tournament.

Park’s regular caddie, Brad Beecher of Australia, was not able to carry her bag because of coronavirus quarantine restrictions.

Park is the defending Olympic champion and has two previous wins at the Singapore tournament, in 2015 and 2017.

Hee Young Park (65) holed out from the fairway for an eagle to start her back nine and birdied three of her final five holes and was a stroke behind. Five players were three strokes off the lead in third with 67s, including Women’s British Open champion Sophia Popov.

ANA Inspiration winner Patty Tavatanakit shot 70. The 21-year-old Thai, who played college golf at UCLA, won the first major championship of the year in her rookie season on tour.

Former Women’s PGA champion Hannah Green shot 71 and now has 13 consecutive rounds under par. Green was one of only three players who shot in the 60s all four rounds in Los Angeles last week in a tournament won by Brooke Henderson.

There is limited spectator access to the course because of the pandemic. Singapore has had only 30 deaths attributed to COVID-19 and most of the current virus cases are those who have arrived from overseas and are in quarantine.

Players had to undergo COVID-19 testing before they left for Singapore and once they arrived.

The tour moves to the Bangkok area next week for the Honda LPGA Thailand. A third tournament in China planned for the following week was canceled because of virus restrictions.

Current plans are to have the LPGA return to Asia later this year — from mid-October to early November — for four tournaments in China, South Korea, Taiwan and Japan. All four tournaments were last played during the same period in 2019.