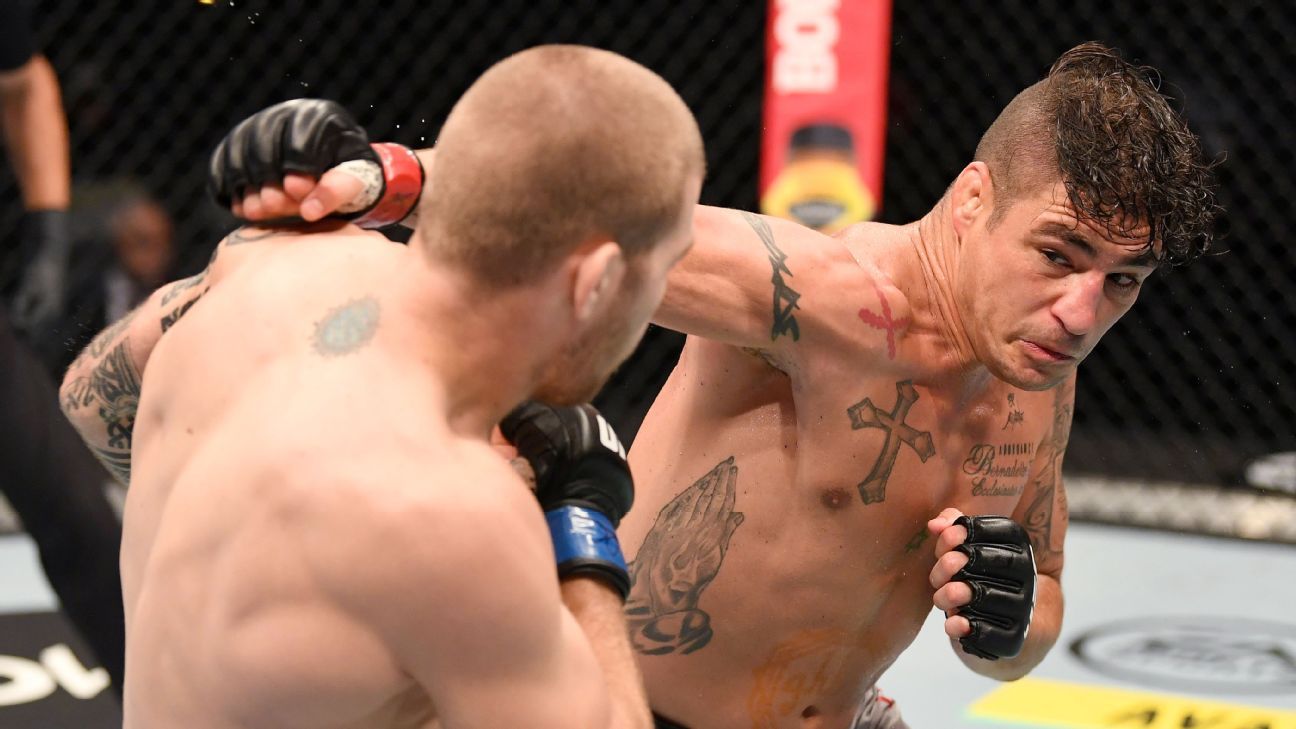 The UFC has pulled a welterweight matchup between Donald Cerrone and Diego Sanchez from its event on May 8 and is seeking a new matchup for Cerrone on the same date, sources confirmed to ESPN on Wednesday.

Sanchez (30-13) is off the UFC Fight Night event in Las Vegas, sources said. The UFC has not commented on the fight’s cancellation or given a reason for Sanchez’s withdrawal. Sanchez, 39, was expected to announce his retirement after the fight.

News of the cancellation was first reported by Carlos Contreras Legaspi.

The 170-pound bout was supposed to pit two former teammates against one another, as Cerrone (36-15) and Sanchez used to train at JacksonWink MMA earlier in their careers. Both left the gym years ago and now train in different locations.

The UFC has also not announced an official main event for that card after former bantamweight champion TJ Dillashaw was forced to pull out of the headliner against Cory Sandhagen. Sources told ESPN, however, that a strawweight fight between Michelle Waterson and Marina Rodriguez will be promoted to the main event.