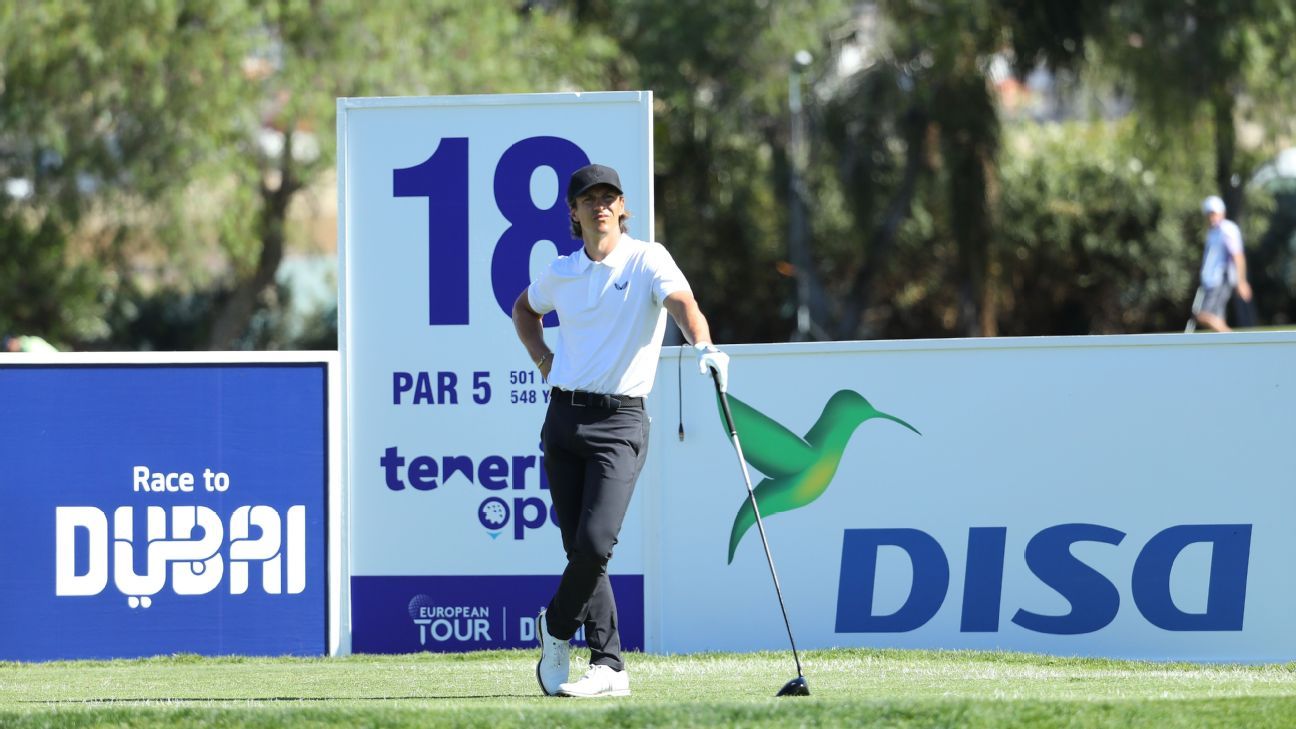 TENERIFE, Spain (AP) – Denmark’s Thorbjorn Olesen set a course record with a 9-under 62 Thursday to take a one-shot lead after the first round of the Tenerife Open.

American John Catlin, the winner at the Austrian Open two weeks ago, had a chance for an even lower score after making 10 birdies on his first 13 holes. But he finished with three pars and two bogeys and settled for a 63. He was tied for second with three other players, including Garrick Higgo of South Africa, the winner at the Gran Canaria Open last week.

Sweden’s Alexander Bjork and South African Dean Burmester also were a shot back.

Olesen had 10 birdies and one bogey in his round. He also set a course record at the Gran Canaria Open with a 9-under 61 that helped him finish in a tie for fifth.

Joost Luiten of the Netherlands was three shots back after making a hole-in-one for the second consecutive week.

The European Tour will stay in Spain for the Canary Islands Championship next week.