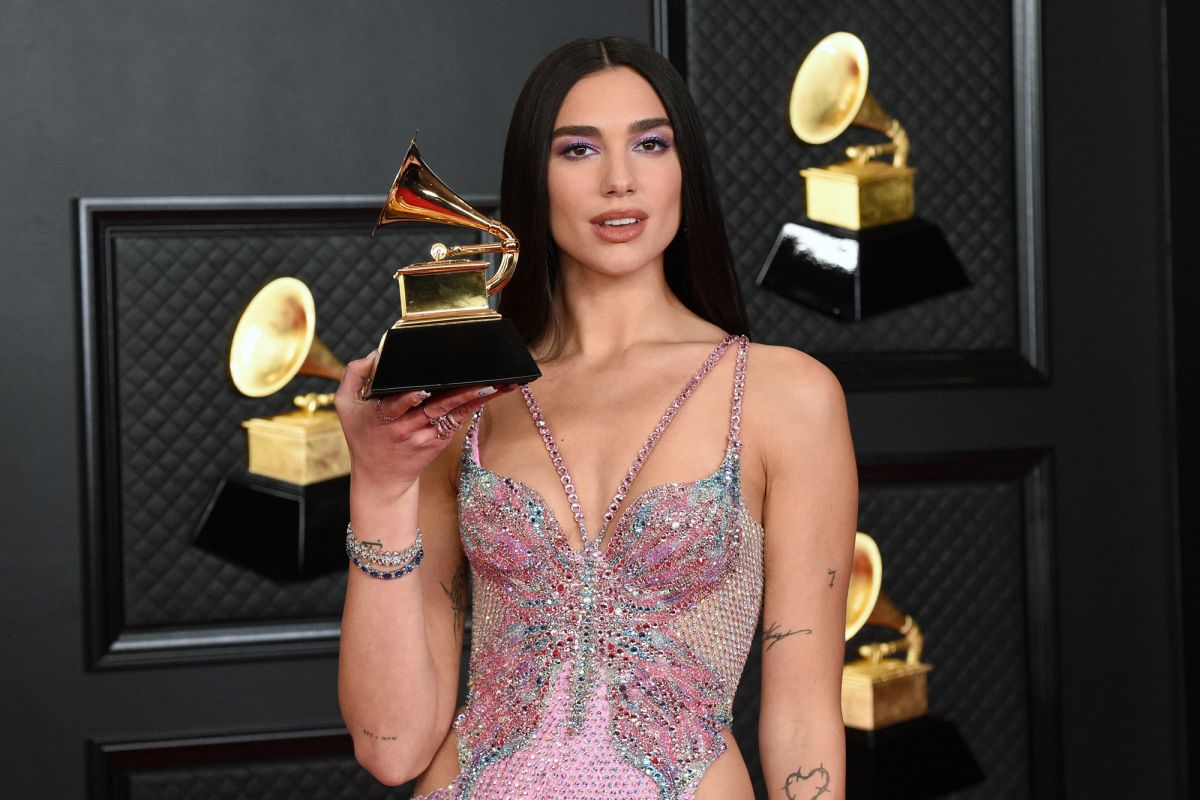 Dua Lipa is a remarkably well-known and talented English singer and songwriter. After working as a model, she signed with Warner Bros Records in 2014 and released her infamous debut album in 2017. The album peaked at number three on the UK Albums Chart and yielded eight singles, including “Be the One”, “IDGAF”, and the UK number-one single “New Rules”, which also topped at number six in the US. The album has achieved platinum status worldwide. In 2018, Lipa won the Brit Awards for Best British Female Solo Artist and British Breakthrough Act.

The appeal of 90’s fashion reaches far and wide—from fashion articles to Instagram—but if there’s one person who’s a poster girl for the movement, it’s without a doubt, Dua Lipa. 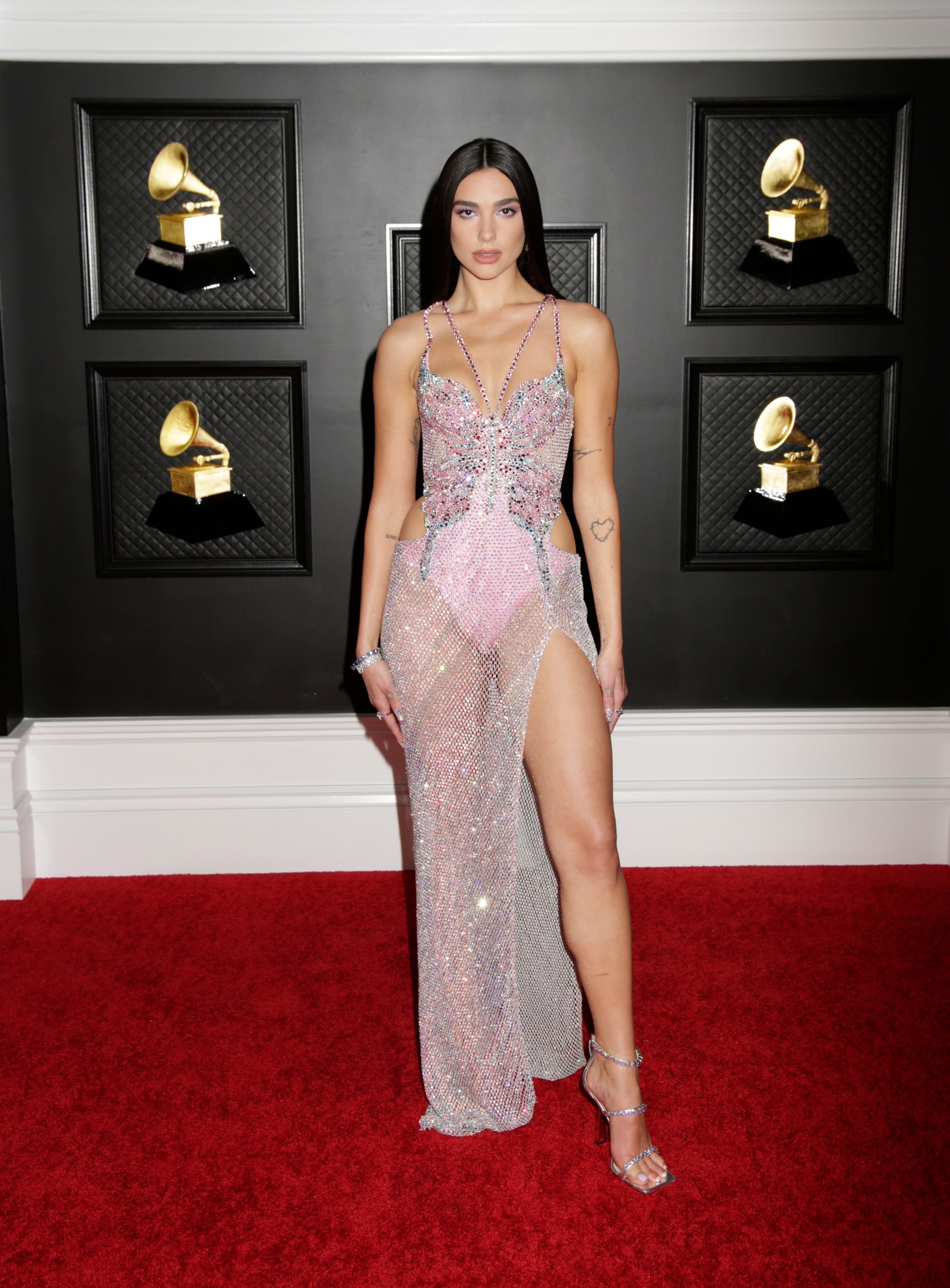 During the 2021 Grammy Awards, Dua Lipa was nominated for six Grammy awards, and the unstoppable singer attended the ceremony in an unforgettable Versace gown. The red-carpet look was inspired by the Aurora Borealis, according to notes issued by the brand. The dress was covered completely in glimmering crystal mesh and with delightful Swarovski butterflies and looked absolutely stunning. 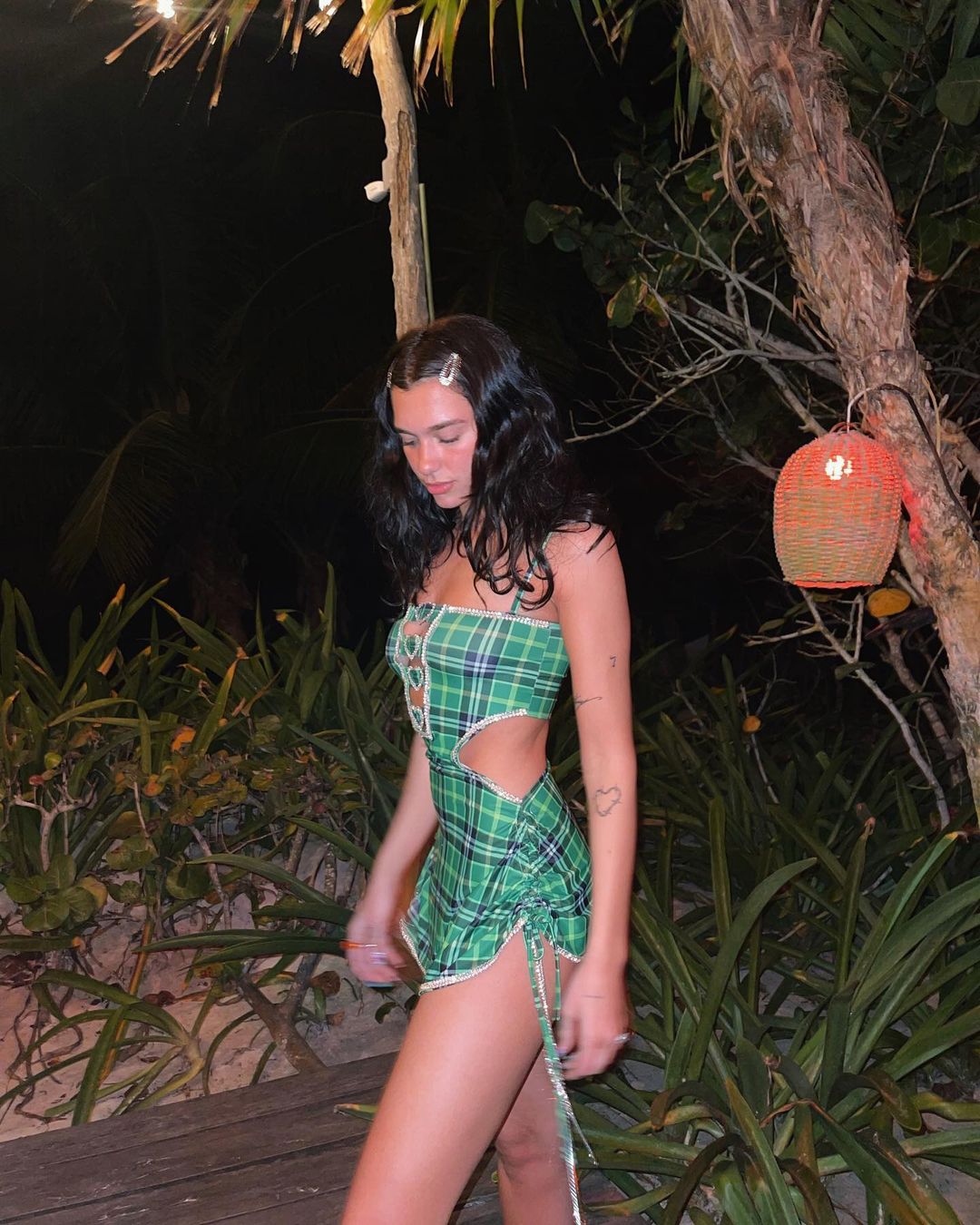