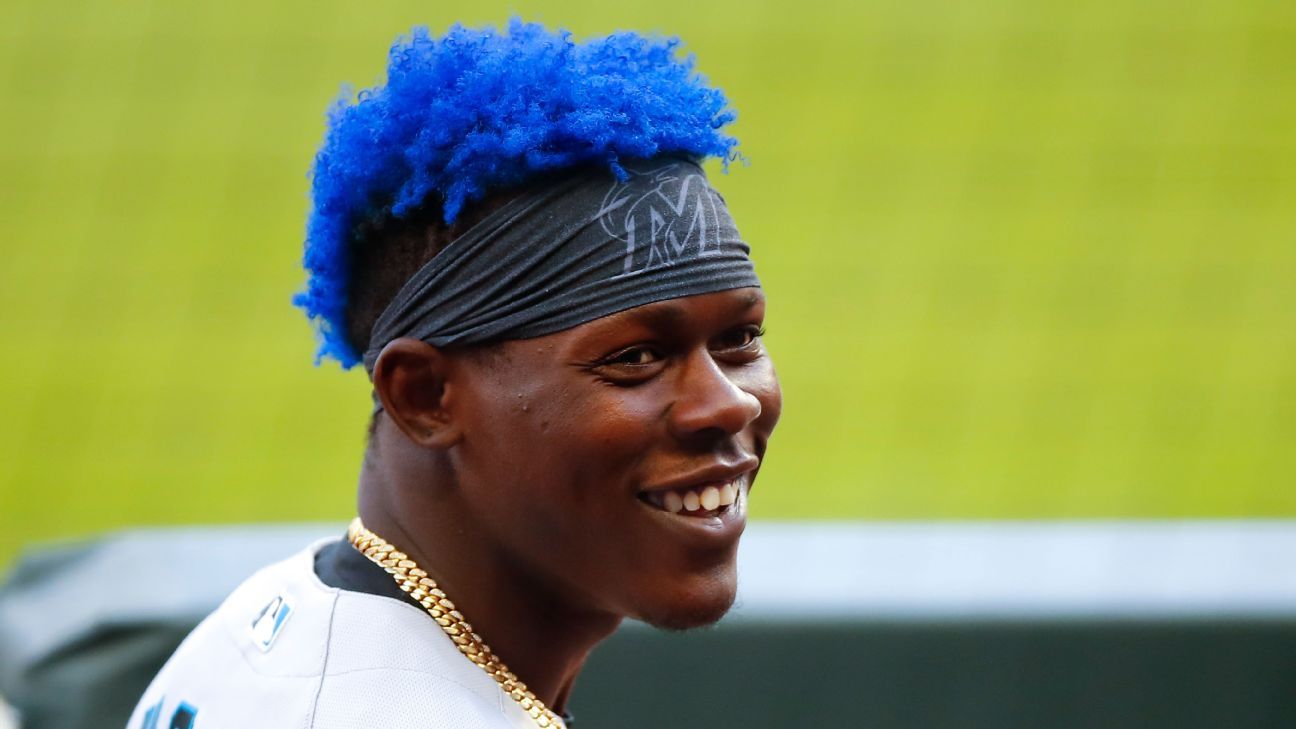 The Quirkjians are of my own making, an obsession for nearly 60 years. I’ve always loved arcane stats, odd connections of arbitrary names and numbers, amazing coincidences that baseball, more than any other sport, always provides. Every night that you go to a major league game, or watch one on TV, you might see something you’ve never seen before. Some Quirkjians are pointless. There will be no apologies for that here. Baseball can be pointless some days, and some days it’s another marvelous feature of a beautiful game. So, with some stat confirmations from the Elias Sports Bureau, here are The Quirkjians for April.

Marlins reliever Zach Pop made his major league debut, pitching a scoreless sixth inning. His second baseman in that game was Jazz Chisholm, marking the first time that Jazz and Pop have appeared in the same game in major league history.

April 4
The White Sox’s batting order included three straight hitters with first names beginning with Y: Yoan Moncada, Yasmani Grandal, Yermin Mercedes. That was a first by any team since 1900.

A’s rookie outfielder Ka’ai Tom pitched in his team’s fourth game of the year. Tom pitched a scoreless inning against the Astros, but he gave up a hit, meaning a position player gave up a hit before he got a hit in his major league career. Tom was 0-for-5 career at the time that he pitched. The only position player we could find after 1950 that did that was Red Sox catcher Dusty Brown, who in 2009 was 0-for-1 in his career when he pitched an inning on Oct. 3.

April 5
The Tigers’ Robbie Grossman became the first player since 1900 to draw eight walks and have no hits in the first four games of the season. Over the past 50 years, the only player to get more than eight walks before getting his first hit of the season was the Orioles’ DJ Stewart, who had nine in 2020.

April 6
Phillies reliever Vince Velasquez walked four, struck out four, gave up four earned runs and didn’t allow a hit in 1⅓ innings against the Mets. That pitching line had never been accomplished by any pitcher since 1900: 1⅓-0-4-4-4-4.

April 10
Angels shortstop Jose Iglesias made three errors (only the second time in his career that he made multiple errors in a game), struck out twice and grounded into a double play against the Blue Jays. Since GIDPs became official in both leagues in 1940, he became the seventh player to do that, and second (joining Seattle’s Dylan Moore) in the past 16 years.

April 11
Ten days into the season, an individual player had struck out four times in a game 16 times. In every season in the modern era (1900-on) prior to 1957, there were fewer than 17 individual four-strikeout games in the entire season, including 12 in 1955.

April 12
Royals reliever Carlos Hernandez faced three hitters, walked them all, but threw only 11 pitches. That’s because his first walk was intentional, so it didn’t add to his pitch count.

By one batter, we missed Seattle’s Ty France facing the Orioles’ Paul Fry, depriving us of the first France-Fry at-bat in major league history.

April 14
The White Sox’s Carlos Rodon became the third pitcher to lose a perfect game in the ninth inning or later on a hit batter but still end up with a no-hitter. Max Scherzer did it in 2015 for the Nationals, and in 1908, the Giants’ Hooks Wiltse (he had a brother named Snake) lost his perfect game in the 10th inning when he hit the opposing pitcher, George McQuillan.

April 16
In the 12th inning against the Padres, Dodgers pitcher David Price hit a sacrifice fly, the second RBI of his career (50 at-bats). The ball was caught by pitcher Joe Musgrove, who had thrown a no-hitter seven days earlier. Musgrove had to play left field when second baseman Jake Cronenworth was brought in to pitch. It marked the first time that a pitcher hit a ball to a position-playing pitcher since Sept. 30, 1984, when Shane Rawley flied out to left fielder Don Robinson in the third inning. It was the last game of the season, and Robinson, a good-hitting pitcher, started in left field.

April 19
Albert Pujols, one of the greatest hitters of all time, grounded into a double play for the 400th time. Second on the all-time list is Cal Ripken with 350.

White Sox DH Yermin Mercedes pitched against the Red Sox. It was the first time he had ever played a defensive position in his brief major league career (then 15 games). He became the first position player to make his debut in the field as a pitcher since Kerby Farrell of the 1943 Braves.

April 23
Royals pitcher Mike Minor is always good for a Quirkjian. His latest, on this day, might not have been on the level of his pitching matchups — Minor-Leake, Minor-Sale, Minor-Fiers and Cole-Minor. But Minor faced the Tigers’ Zack Short, the first Minor-Short at-bat in history.

April 24
It took until this day before the Marlins made an error on the left side of the infield. At that time, the Padres had 13 errors from their left side.

Astros pitcher Kent Emanuel pitched 8⅔ innings in relief in his major league debut. That was the longest relief outing in a pitcher’s debut since John Montefusco went nine innings in 1974. And the pitcher Emanuel replaced in the game, Jake Odorizzi, has 62 career victories and has made 195 major league starts, and the longest start of his career was eight innings.

April 26
Twins rookie outfielder Alex Kirilloff had played in the postseason last year before he made his regular-season debut this season. And he got a hit. But it wasn’t technically his first major league hit because it didn’t come in a regular-season game. So he was still looking for his first official major league hit. He got off to an 0-for-15 start but finally got a hit on this day.

April 29
The Mets’ Jacob deGrom, the pitcher who gets no run support, lost to the Red Sox, 1-0. It was deGrom’s second loss in a 1-0 game in his career. Walter Johnson holds the record for 1-0 losses. He was the losing pitcher in 26 1-0 games (and the winning pitcher in 38 1-0 games). In that Mets-Red Sox game, there were six hits and 30 strikeouts. In major league history, there have only been four games in which there six or fewer hits and 30 or more strikeout. One was April 3 between the Twins and Brewers. The others were in 2018 and 2015.