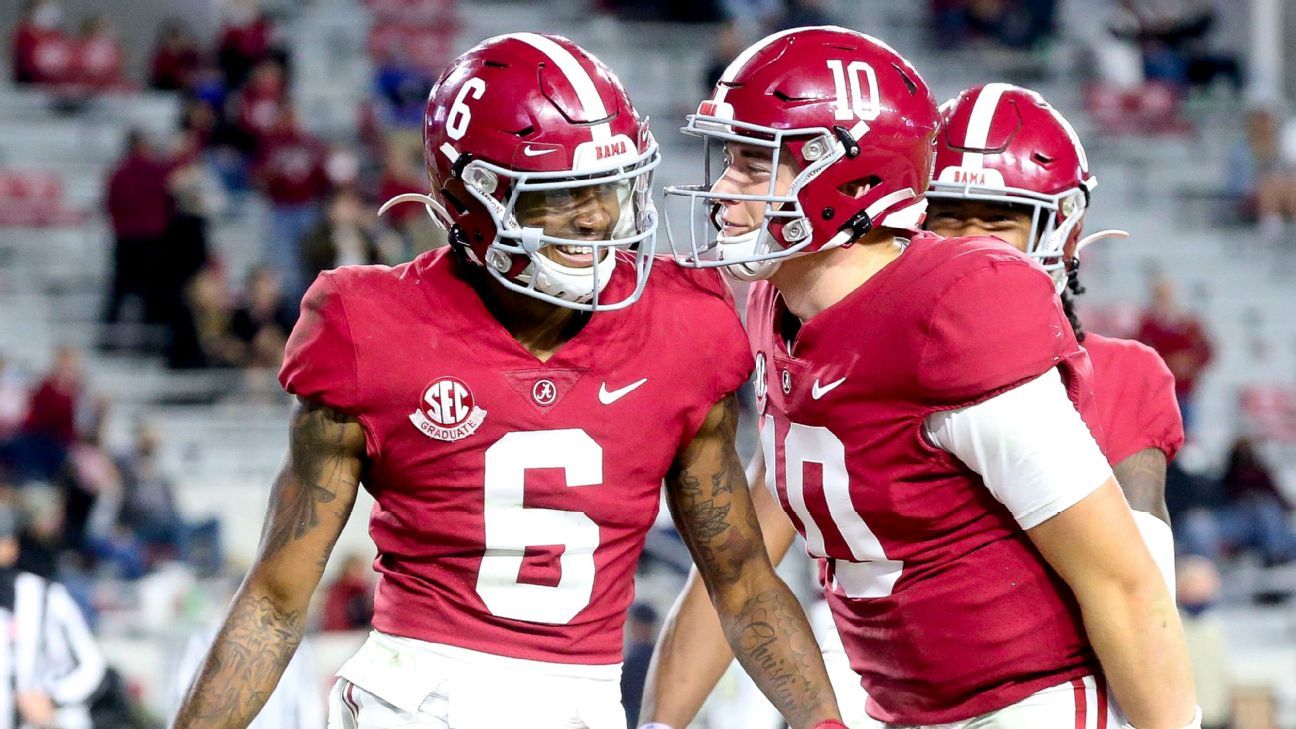 Six former University of Alabama players were selected in the first round of the NFL draft Thursday, tying a modern record for a single school.

The University of Miami originally set the record in 2004.

Waddle will be reunited in with former Alabama quarterback Tua Tagovailoa in Miami; Smith played with Eagles quarterback Jalen Hurts when both were in Tuscaloosa.

Quarterback Mac Jones went at No. 15 to the New England Patriots, and then the Las Vegas Raiders surprised much of the draft world by selecting offensive tackle Alex Leatherwood at No. 17. ESPN’s Mel Kiper Jr. had Leatherwood ranked as this year’s No. 62 overall draft prospect.

Running back Najee Harris rounded out the class by going No. 24 to the Pittsburgh Steelers.

Since 2008, Alabama has had 39 first-round picks, by far the most of any school.