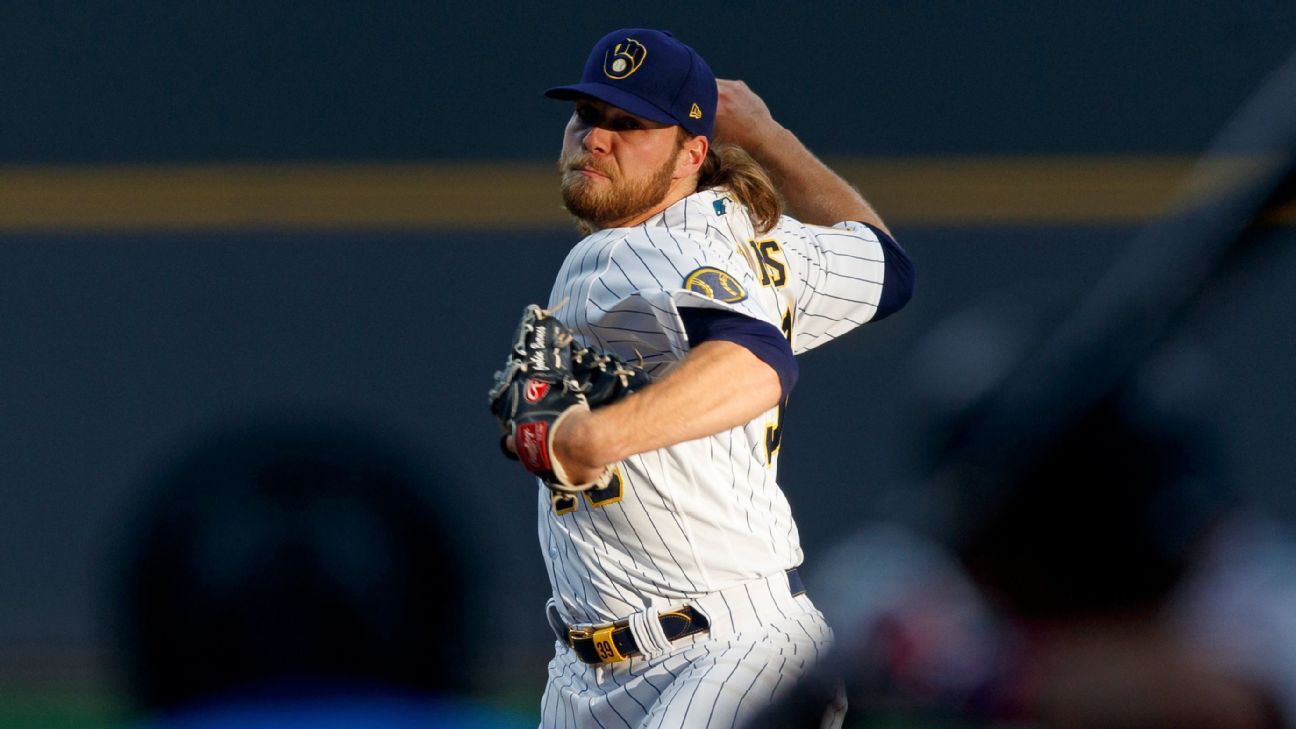 One of the game’s hottest pitchers is going on the injured list as Milwaukee Brewers starter Corbin Burnes won’t make his next outing against the Los Angeles Dodgers this weekend.

Manager Craig Counsell did not specify the reason for Burnes going on the IL and said he couldn’t comment on the situation when asked directly if the Brewers ace tested positive for COVID-19.

“Corbin is on the injured list,” Counsell said Thursday afternoon. “I can’t discuss it.”

MLB teams are not allowed to disclose the names of any player who tests positive for the coronavirus unless the player gives his authorization.

Burnes, 26, is 2-2 with a 1.53 ERA this season. He has yet to issue a walk while striking out 49 batters, two shy of the record for most strikeouts to start a season without a walk. That’s held by Dodgers closer Kenley Jansen who would have witnessed Burnes going after that mark on Sunday, if not for the injury.

The Brewers won’t name a replacement for Burnes until after Saturday’s game against the Dodgers. Burnes joins outfielders

Christian Yelich (back) and Lorenzo Cain (quad) on the injured list as the first place team in the NL Central has had an inordinate amount of ailments to begin the season.

“We’re getting hit with injuries,” Counsell said. “There’s no reason to get upset about this .We have to deal with it. We’re working on getting guys healthy. Not one these injuries is a long term thing. We will get these players back.”

Yelich and Cain are getting close to returning though Yelich was ruled out of Friday and Saturday’s games.

“It’s all good news,” Counsell said. “They’re all out on the field going at fairly close to game speed.”