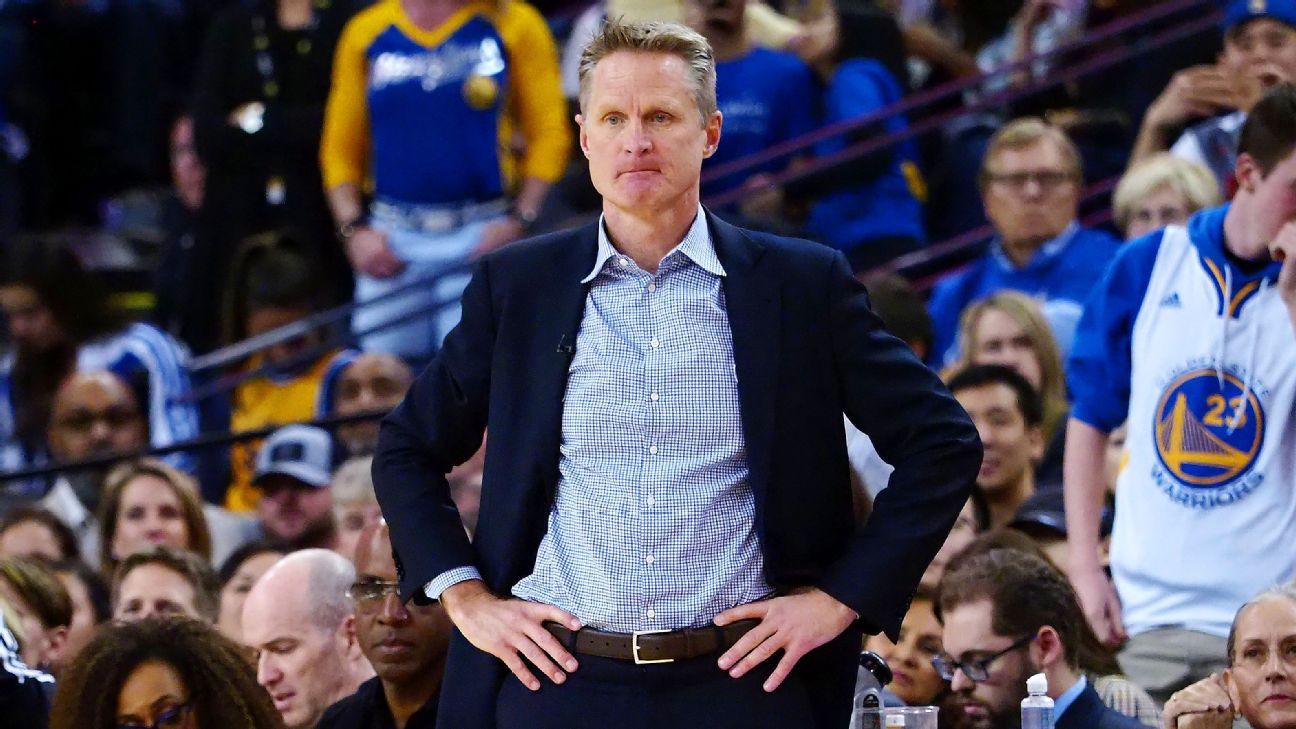 Steve Kerr believes there is a fundamental flaw plaguing this era’s NBA game.

After watching his Golden State Warriors get outrebounded 57-34 in Thursday night’s 126-114 loss to the Minnesota Timberwolves, Kerr spoke matter-of-factly about the lack of boxing out he sees in today’s game. Brushing off the idea that his team might be tired given its repeated mental mistakes in back-to-back losses, Kerr expounded on what he is seeing throughout the league on a regular basis.

“It signals to me a modern team,” Kerr said. “This is the modern NBA; guys don’t box out. It’s just the way it is. Every night on League Pass, I see the same thing. Players let guys come in from the weak side, and they think, ‘I’ll just get the rebound.’ It’s a disease that’s rampant in the NBA. The problem is, if you’re a real small team like us, then it’s going to hurt you more than it will hurt other teams.”

Playing without young big men James Wiseman (knee) and Eric Paschall (hip flexor), the Warriors have had experience playing smaller lineups, but Thursday marked another low point on the rebounding front. Kerr believes the difference in rebounding — or lack thereof in certain cases — goes back to the way the game is being taught to this generation’s players.

“Most of these guys didn’t have a high school and college coach yelling at them for a combined eight straight years,” Kerr said. “It’s a different world today. And players grow up in a different way in terms of their basketball background. The detail is often the thing that is lacking.”

Kerr has repeatedly praised the talent level within this iteration of the league, but said it’s the attention to detail that appears to have gotten lost at times in recent years — especially in regard to defense and rebounding.

“Players have never had more skill than they have today in my mind,” Kerr said. “I’m amazed by the skill level. But the little things, getting back in transition — every night on TV, I see teams let a guy run past them in transition for a layup. We do it; every team does it. If you did that 25 years ago, your coach would take you out and he wouldn’t play you again. Now everybody does it, and as a coach, you can’t take everybody out. So there are certain parts of the game that are just different; players aren’t as locked in on those things. I think just because it’s a different time.”

Asked whether he feels the fundamentals of the game are being taught differently than they were in years past, Warriors star guard Stephen Curry demurred.

“I don’t know,” Curry said. “Everybody has a different upbringing in the game. When I was at Davidson, we literally drilled that before, during and after every practice. It’s part of just learning the fundamentals of the game — at this level, maybe it’s taken for granted, I guess that everybody has a certain understanding, angles and physicality and what not, but you have to be able to do it.

“I’m not saying everybody’s going to average whatever type of rebounds, but you know how to do it as a team. I think early in the season this was a big talking point; we figured it out a little bit and now it’s coming back to bite us a little bit now that we’re small again so — it is glaring. 57-34. That’s nuts. So we got to figure that out.”

Kerr pushed back on the notion that his team wasn’t giving enough effort, given the number of times over the past two games when the group looked flat, but he was irked by the lack of physicality his players sometimes showed in going after the ball and securing it — which led to the wide margin in rebounds.

“It’s not even like a college box out or a high school box out,” Kerr said. “In the NBA, it’s more about locating the guy and just putting your hand or your forearm in his chest, letting somebody else go chase the ball. So we were staring up at butterflies, up in the air just looking up and guys were coming right by us. That doesn’t matter what kind of possession it is, what kind of shot it is, it’s just the awareness to go hit somebody.”