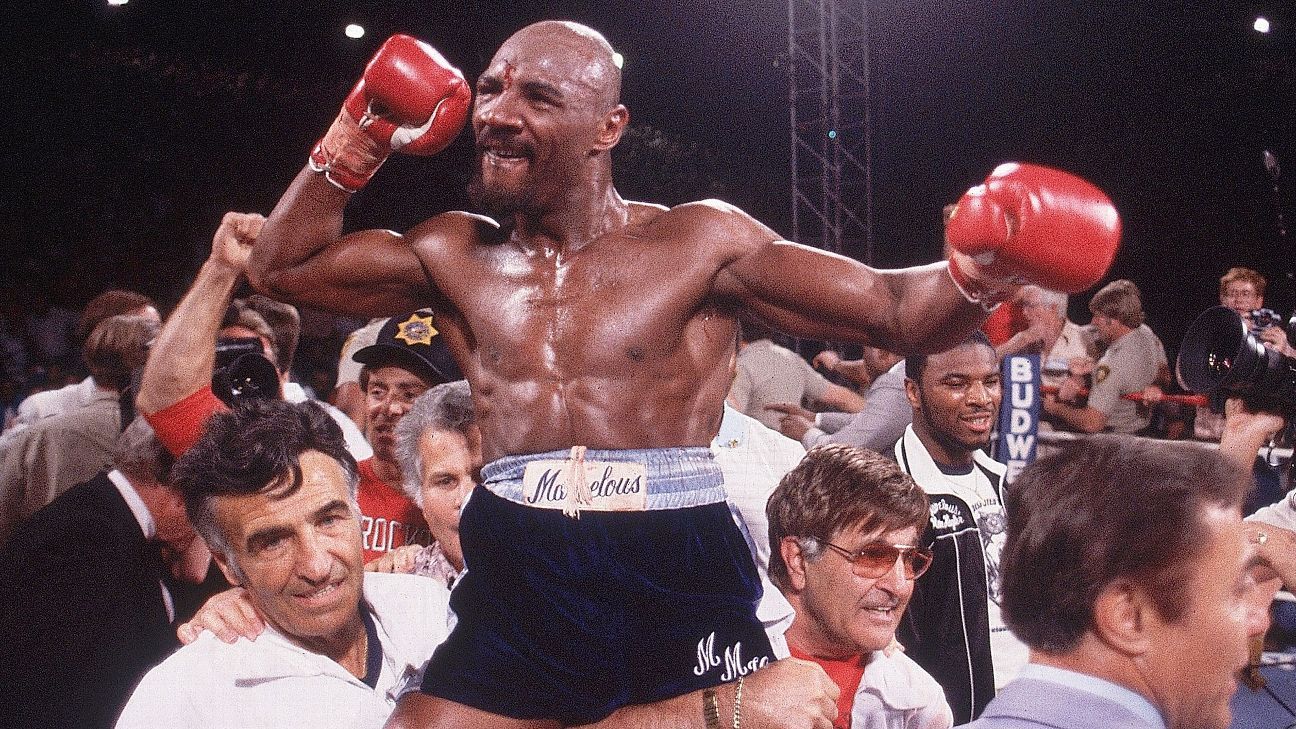 BROCKTON, Mass. — – Middleweight boxing champion Marvelous Marvin Hagler is being celebrated in his Massachusetts hometown with a street named in his honor.

Hagler, who died in March at age 66, finished his professional career with a 62-3-2 record with 52 knockouts.

The street will intersect Petronelli Way, the site of the gym where Hagler was trained and managed by the Petronelli brothers, Goody and Pat.

“Growing up as a kid in Brockton, Marvin Hagler was a legend,” said Councilor Jeffrey Thompson, who made the proposal to name the street. “I never had the pleasure to meet the champ, but I watched his legendary fights and spoke to people who knew him. The lesson that I took was that Marvin Hagler had an obsession with sharing his boxing talent and his determination with the world. He literally got punched in the face and kept moving forward.”

Hagler was born in Newark, New Jersey, and moved with his family to Brockton in the late 1960s. Some relatives still live in the city south of Boston.