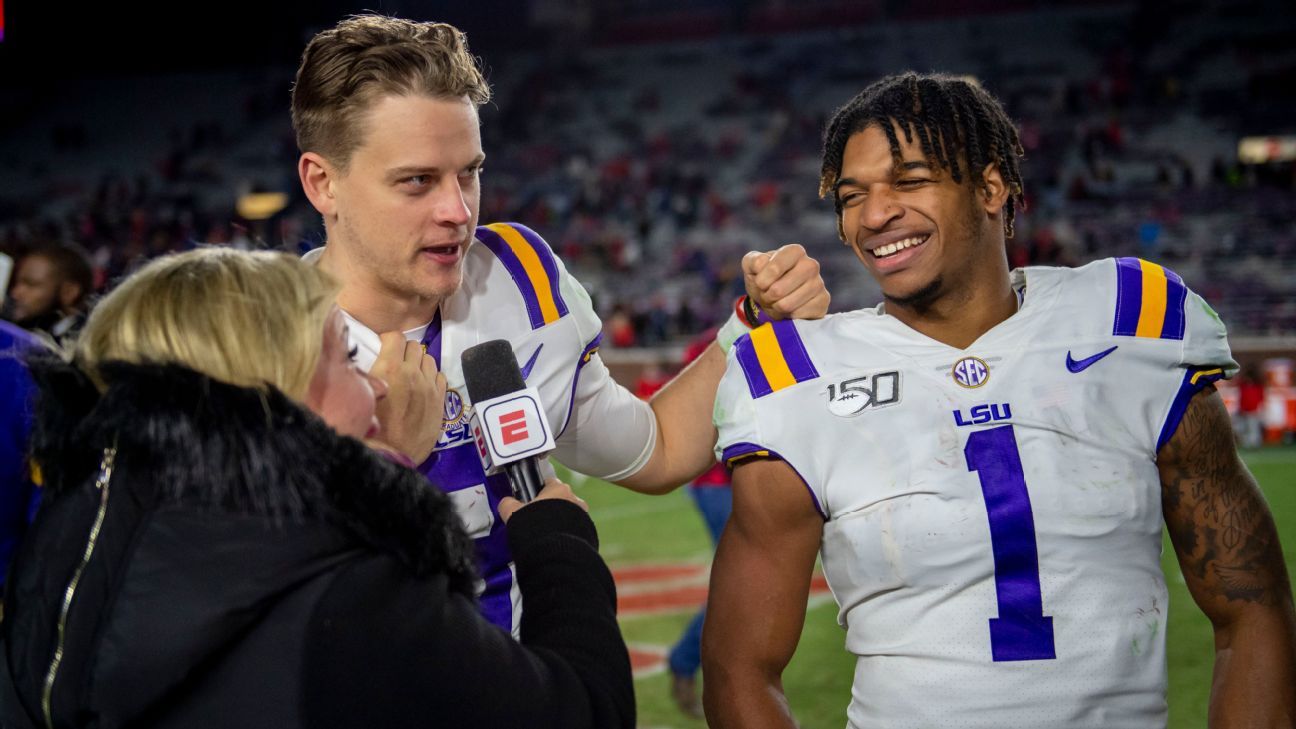 Yeah, it’s great for the Cincinnati Bengals, Miami Dolphins, Denver Broncos and Philadelphia Eagles that they’re adding elite talent to their respective offenses (and defenses), but for fans of the LSU Tigers and Alabama Crimson Tide, the first round of the 2021 NFL draft was all about running it back.

Four players from the absurdly stacked showdown that was the 2019 Alabama-LSU game were all selected in the top 10, with three wide receivers reuniting with their college quarterbacks and a cornerback rejoining a receiver he probably got pretty familiar with during practice in Tuscaloosa.

Later in the first round, RB Travis Etienne joined his Clemson QB Trevor Lawrence in Jacksonville, too.

First off the board from the LSU-Alabama ranks was Tigers standout Ja’Marr Chase. When the Bengals selected the wide receiver with the fifth pick, his former QB1 Joe Burrow was ecstatic, as evidenced by this tweet:

According to Bengals reporter Ben Baby, Burrow texted Chase on Thursday morning, telling him to “get his bags packed.”

Next up, with the No. 6 overall pick, was Tide superstar Jaylen Waddle. The Dolphins shared QB Tua Tagovailoa‘s candid reaction to the revelation that he would be getting a much-needed playmaker in the form of a familiar target:

The Tide train kept rolling, as former Alabama defensive back Patrick Surtain II was selected ninth overall by the Broncos, who drafted former Crimson Tide star wideout Jerry Jeudy in the first round of the 2020 draft. Jeudy was rightfully hyped by the news that PSII would be joining him at Mile High:

Then, in a turn of events I didn’t see coming, the Eagles moved up to draft Heisman winner DeVonta Smith, reuniting him with none other than Jalen Hurts. If recency bias is clouding your memory, allow me to remind you Hurts played the majority of his collegiate career in Tuscaloosa before linking up with the Oklahoma Sooners.

Run It Back Thennnn My Boy! You Deserve It All Brotha , Congrats !! Let’s Get To It ‼️@DeVontaSmith_6

Jacksonville, meanwhile, took Etienne No. 25 overall, ensuring that the former Clemson RB would continue to play with Lawrence, his college QB, whom the Jags picked first overall.

Dare I say, reunited and it feels so good.

It also feels worth pointing out how ridiculous it was that we expected anyone to compete with a 2020 Alabama roster touting that much talent or a 2019 LSU superteam that also boasted Justin Jefferson. Champagne problems.