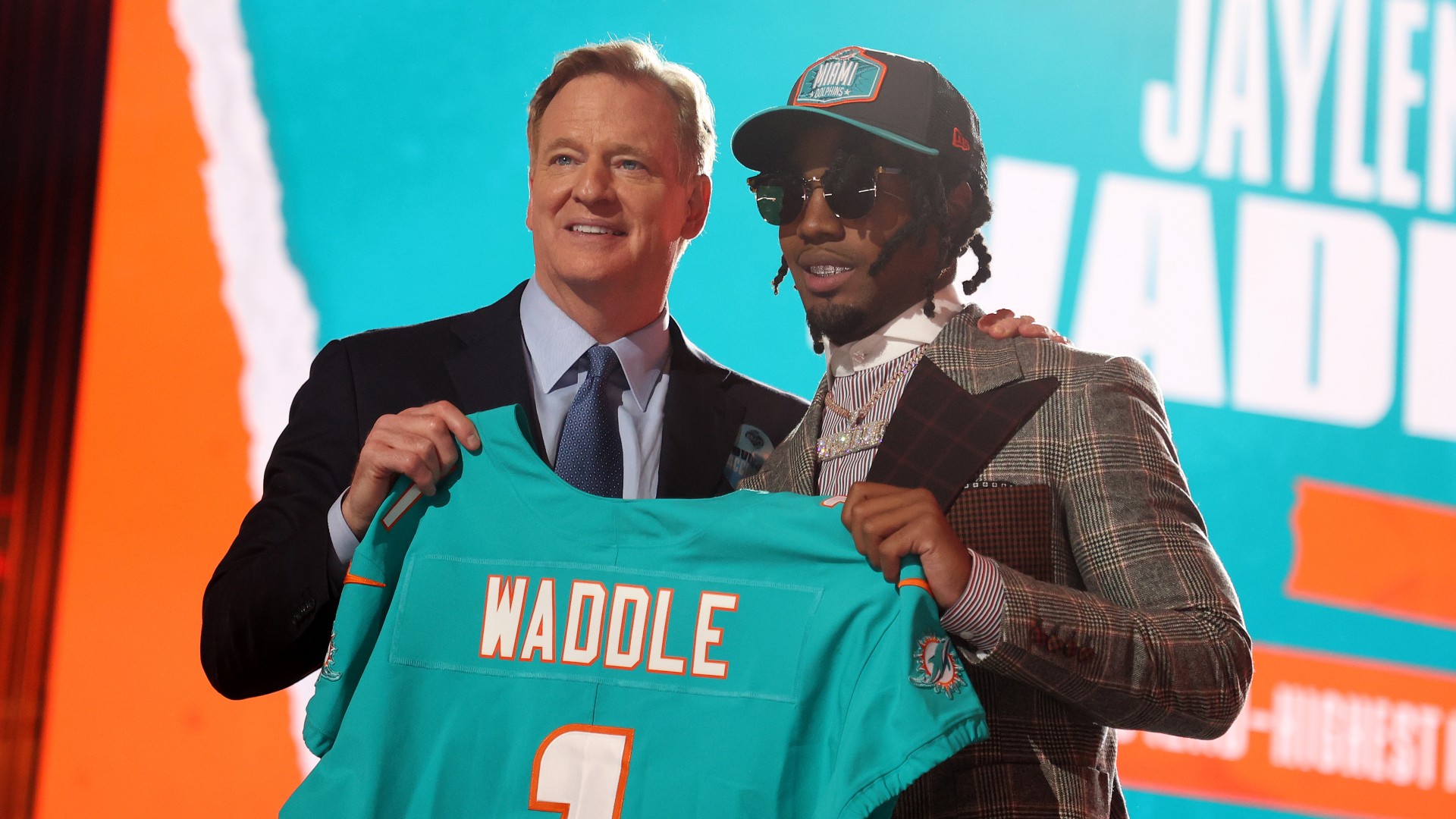 The SEC— and Alabama — once again dominated the NFL Draft.

The conference put 12 players in the first round of the 2021 NFL Draft, and Alabama led all schools with six selections on Thursday.

The Crimson Tide tied the record for most first-round picks, which was set by Miami in 2004. Alabama had three picks in the first 10 picks, including Miami’s Jaylen Waddle (No. 6), Denver’s Patrick Surtain Jr. (No. 9) and Philadelphia’s DeVonta Smith (No. 10).

That run continued with New England’s Mac Jones (No. 15) and Las Vegas’ Alex Leatherwood (No. 17) and Pittsburgh’s Najee Harris (No. 23).

Five schools had multiple players selected in the first round, including Clemson, Miami, Northwestern, Penn State and Virginia Tech.

How many Alabama players got drafted?

How many Ohio State players got drafted?

How many Clemson players got drafted?