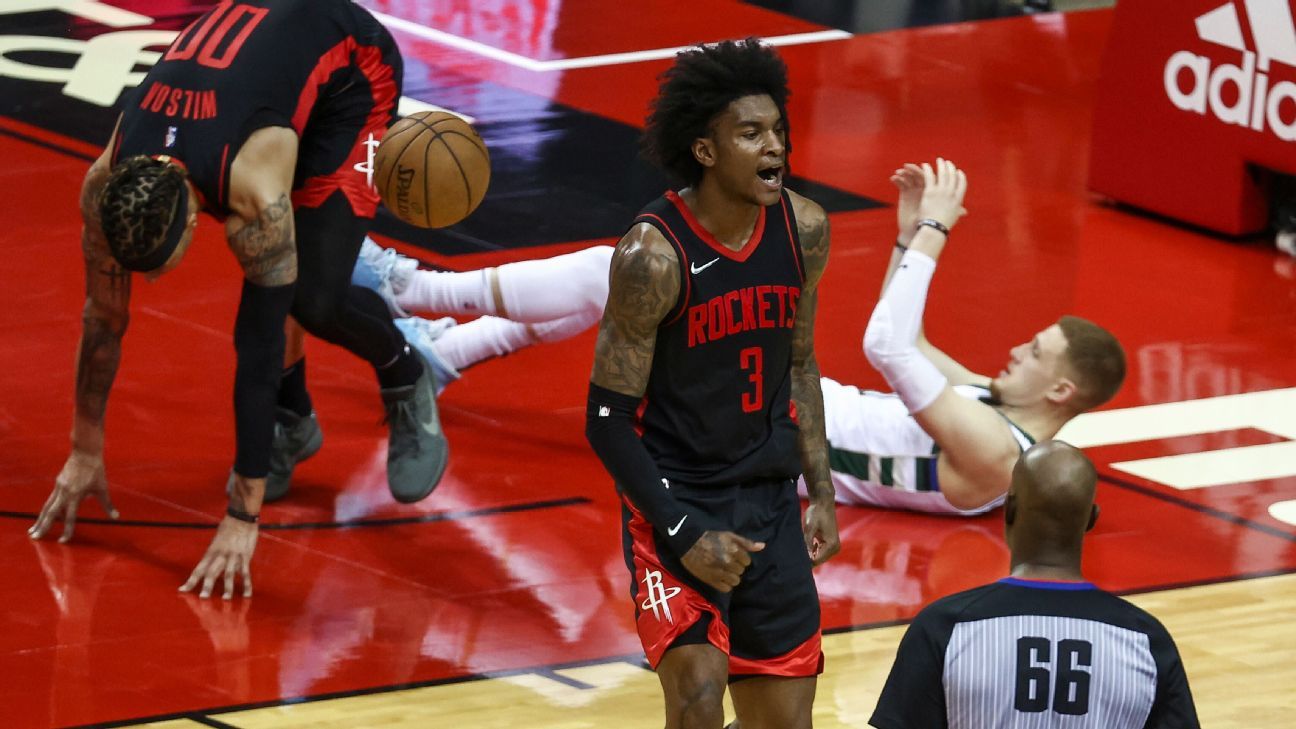 HOUSTON — Kevin Porter Jr. scored a career-high 50 points to go along with 11 assists, becoming the youngest player ever to log a 50-point double-double with assists.

The performance helped Houston snap a five-game losing streak as they beat the the Milwaukee Bucks 143-136 on Thursday night.

Porter beat his previous career best of 30 points in the second half, scoring 32 with 17 in the fourth quarter.

Houston trailed by as many as 17 points in the first half but surged in the second half on hot shooting from 3-point range. Houston made 25 of 46 3-pointers, good for a season-high 54.3%.

Porter hit nine of those 3s on just 15 attempts. He joined LeBron James, Brandon Jennings and Devin Booker as the only players to score 50 points in a game before turning 21.

The breakout game comes just one day after Porter was fined $50,000 by the league for violating its COVID-19 health and safety protocols.

Porter violated the NBA’s rules against attending indoor social gatherings of 15 or more people and entering bars and similar establishments when he went to a Miami club on April 19, the league said.