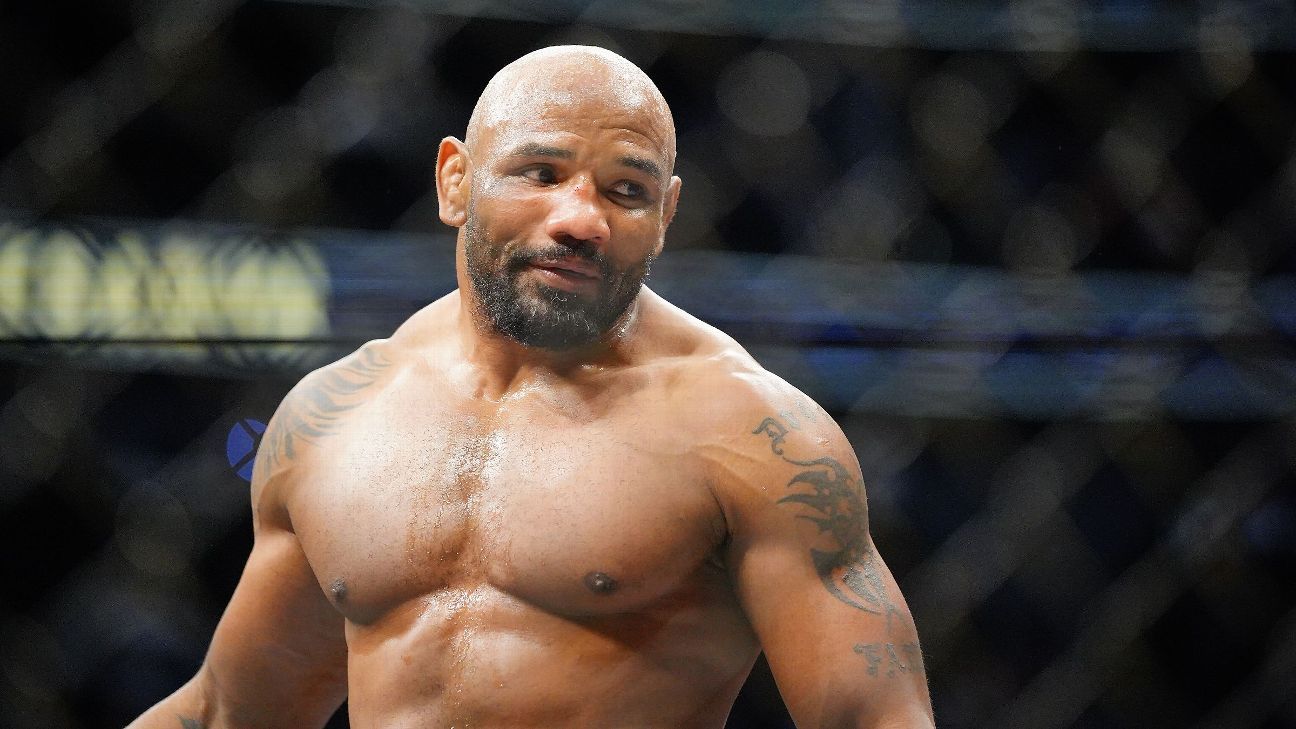 Yoel Romero is out of the most anticipated first-round matchup in Bellator’s big 2021 tournament — and arguably one of the promotion’s biggest fights in recent memory.

Romero was supposed to fight former UFC light heavyweight title challenger Anthony “Rumble” Johnson in the first round at Bellator 258 on May 7 at Mohegan Sun in Uncasville, Connecticut. Bellator is seeking a new opponent for Johnson, the promotion said.

The Mohegan Tribe Department of Athletic Regulation conducted the pre-fight medical screening for this event. A request for comment to department director Mike Mazzulli was not returned Thursday night.

Romero’s co-manager Malki Kawa of First Round Management tweeted Thursday night when CBS Sports broke the news that Romero would “be back very soon.”

Romero (13-5) was released by the UFC in December. The Cuba native and former Olympic wrestling silver medalist has not fought since a loss to Israel Adesanya in a UFC middleweight title fight at UFC 248 in March 2020.

Romero, 43, has lost three straight, but only against the top middleweights in the world and many consider still to be in that elite category. “Soldier of God” fought for UFC titles three times in his career.

Johnson (22-6) came out of retirement last year, then subsequently departed the UFC and signed with Bellator in December. The South Florida resident is known for having some of the most dangerous one-punch knockout power in MMA history.

Johnson, 37, has not fought since falling to Daniel Cormier via submission in a UFC light heavyweight title fight in April 2017. “Rumble” has lost to just one man — Cormier, twice — in his last 14 fights.