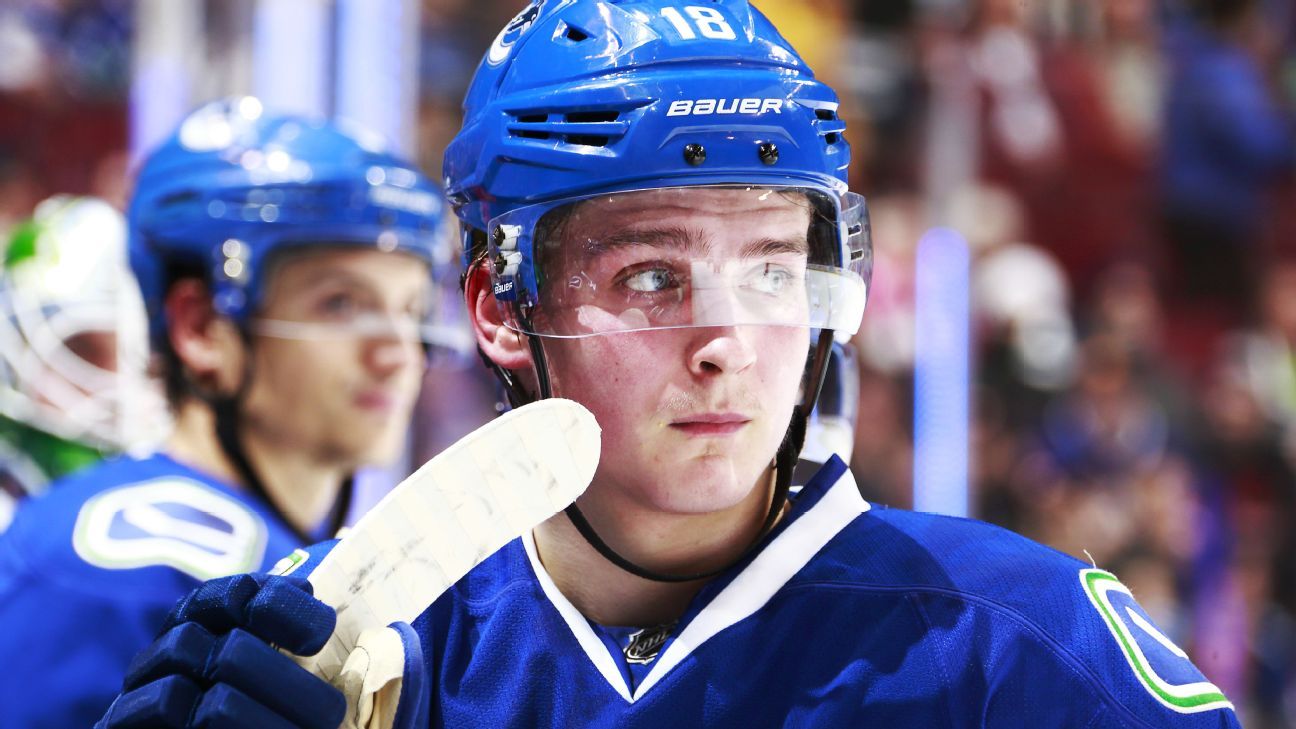 Vancouver Canucks forward Jake Virtanen has been placed on leave after allegations of sexual misconduct were made against him.

“We have become aware of the concerning allegations made about Jake Virtanen,” the team said in a statement Saturday. “Our organization does not accept sexual misconduct of any kind and the claims as reported are being treated very seriously by us. We have engaged external expertise to assist in an independent investigation and we have placed the player on leave as we wait more information.”

Virtanen was not on the ice for the team’s morning skate Saturday ahead of a matchup with the Toronto Maple Leafs.

A woman, who asked to remain anonymous for “fear of public backlash,” told Glacier Media that she met Virtanen in September 2017. She said the two agreed to meet and that Virtanen picked her up and drove her to a Vancouver hotel, where a sexual assault took place.

“I couldn’t believe that I said no and he didn’t take that for an answer,” the woman told Glacier Media. “I felt violated and gross and wanted to leave.”

The woman said she contacted the police, but there are currently no charges pending.

The NHL said it is aware of the allegations and is monitoring the situation. The NHL does not have a specific domestic violence policy, handling cases on an individual basis. Typically, rulings are made by commissioner Gary Bettman.

It is uncharacteristic of the NHL to punish players without corroborating evidence, police or court records, or a person coming forward.