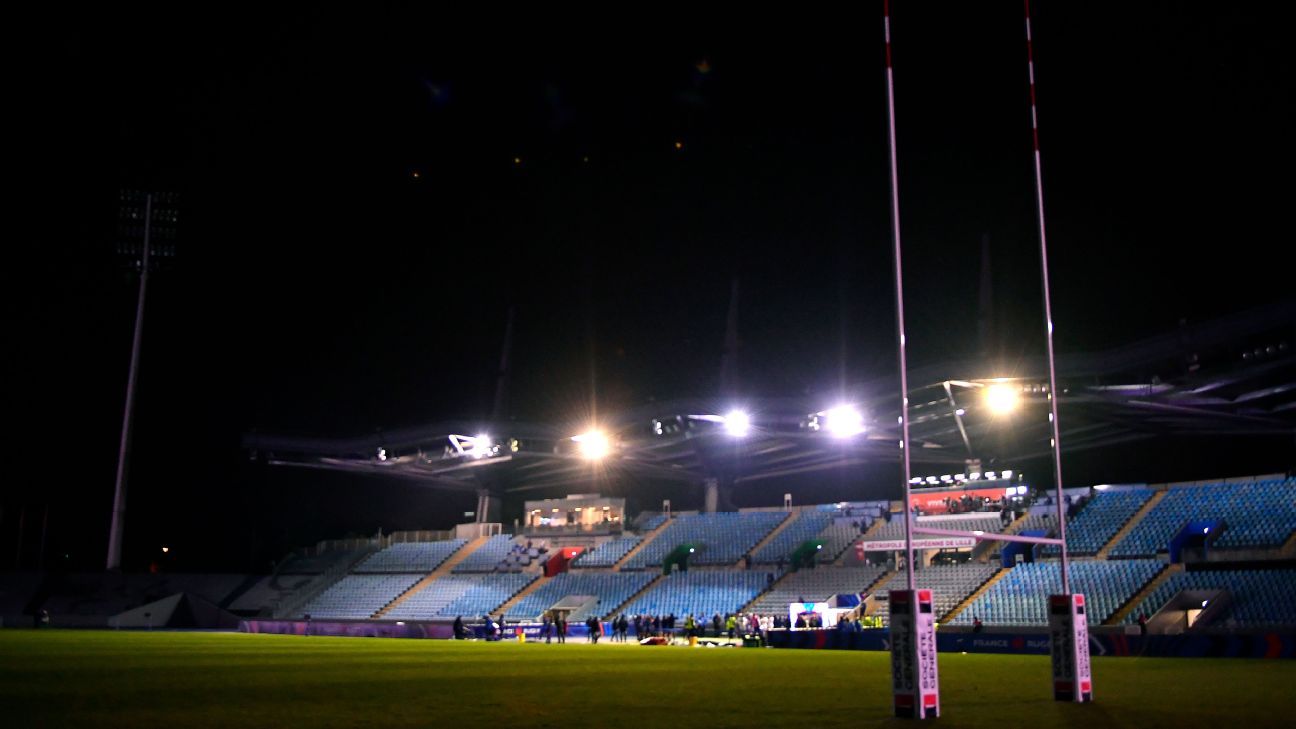 England celebrated a bizarre 17-15 win over France in a women’s test match on Saturday after they were declared winners following a floodlight failure midway through the second half.

The visitors were declared winners after a 20-minute delay, during which both sets of players wandered around the pitch, because more than 60 minutes of the test had taken place.

It was a ninth successive win for Six Nations champions England over the French after winger Abby Dow scored a pair of superb individual tries, with Maelle Filopon and Jessy Tremouliere touching down for the home side in an action-packed the first half.

Filopon’s converted try fired the French ahead before Dow replied to put England on level terms. Tremouliere restored the home side’s lead with an unconverted try before a dazzling solo run by Dow gave the English a 14-12 half-time lead.

France went ahead in the 43rd minute thanks to a Tremouliere penalty before Zoe Harrison kicked what turned out to be the last three points of the game, sealing England’s win after the lights went out in the 62nd minute.

“It’s a bit of an anti-climax obviously,” England captain Sarah Hunter said after the match. “I’ve never experienced anything like that. Maybe at training with your club but never in an international game.”

When asked whether such an incident could happen in the men’s game, Hunter replied: “I’m not sure it is a comparison to make.

“We don’t know why the lights went out so I don’t think you can compare it to the men because they could have been playing here and the same thing could have happened.”

“The first question I asked was whether it was a blackout curfew and they haven’t got the memo that there was an international game on.”