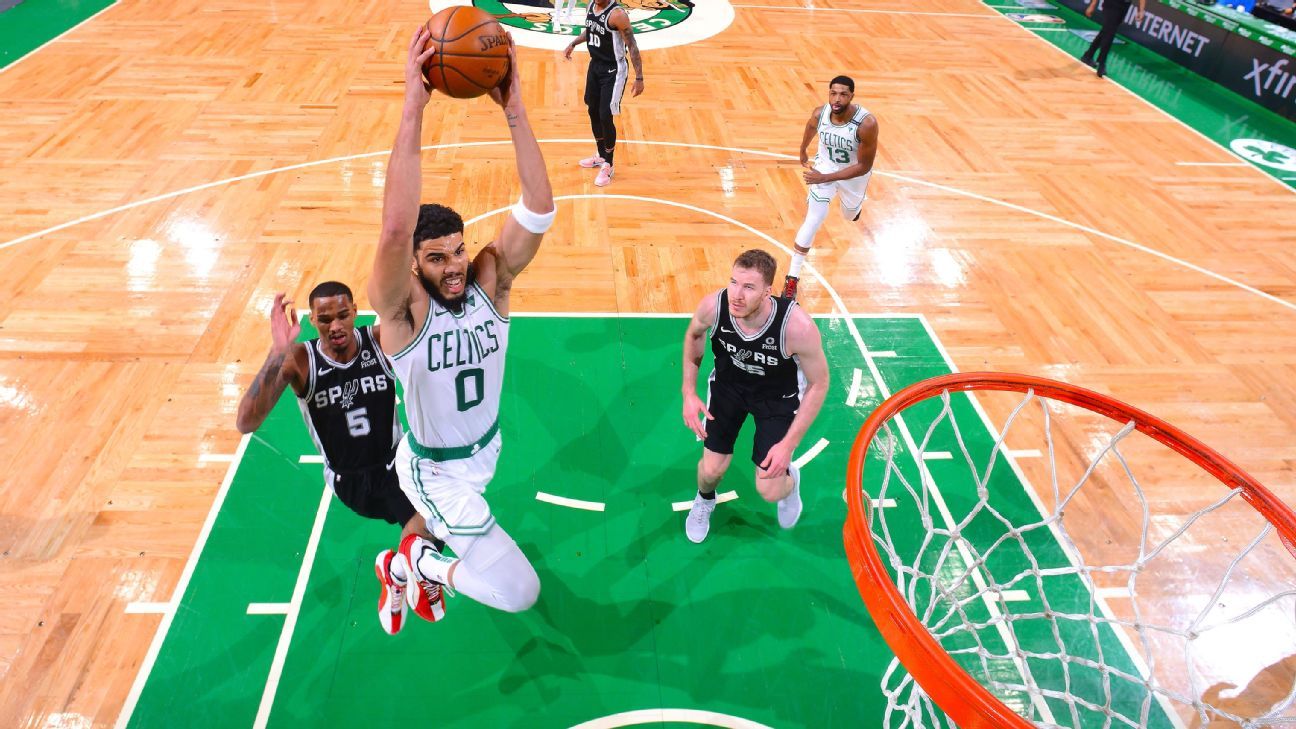 BOSTON — At halftime of Friday night’s game here at TD Garden between the Celtics and San Antonio Spurs, the only history anyone would’ve thought might happen on this night would be Boston setting one for margin of defeat.

Instead, a dismal first half only set the stage for a remarkable comeback, one that saw Boston overcome a 32-point deficit — the largest in more than a decade, and the third-largest in the last 25 years — thanks to Jayson Tatum tying Larry Bird’s franchise-record 60 points in what eventually became a 143-140 Boston win.

After being left for dead in a first half that saw San Antonio shoot over 70 percent from the field and go into the halftime break up 77-48, Boston stormed back behind some torrid shooting of its own, including going an absurd 12-for-17 from 3-point range.

Much of that damage was done by Tatum — the only player who could do anything in the first half for the Celtics, scoring half the team’s points. He also hit a 3-pointer with 26.7 seconds remaining in regulation to put the Celtics up by one for the first time since the game’s early moments.

But after Tatum missed one of two free throws, DeMar DeRozan — who had his own great game, finishing with 30 points and 14 assists in 42 minutes — drove to the hoop and drew a foul on Marcus Smart. He made both free throws and, after a Tatum miss, the game went into overtime.

It remained a see-saw affair until Jaylen Brown — who finished the game a dismal 5-for-24 — buried a corner 3-pointer with 16.7 seconds to go in overtime to give Boston a two-point lead it would never relinquish, thanks to Tatum burying four free throws in the final 11.3 seconds to tie Bird’s franchise record.

That performance earned him the game ball for the night, which he gave to his young son, Deuce, as he walked off the court to an ovation from the smattering of fans still inside the arena.