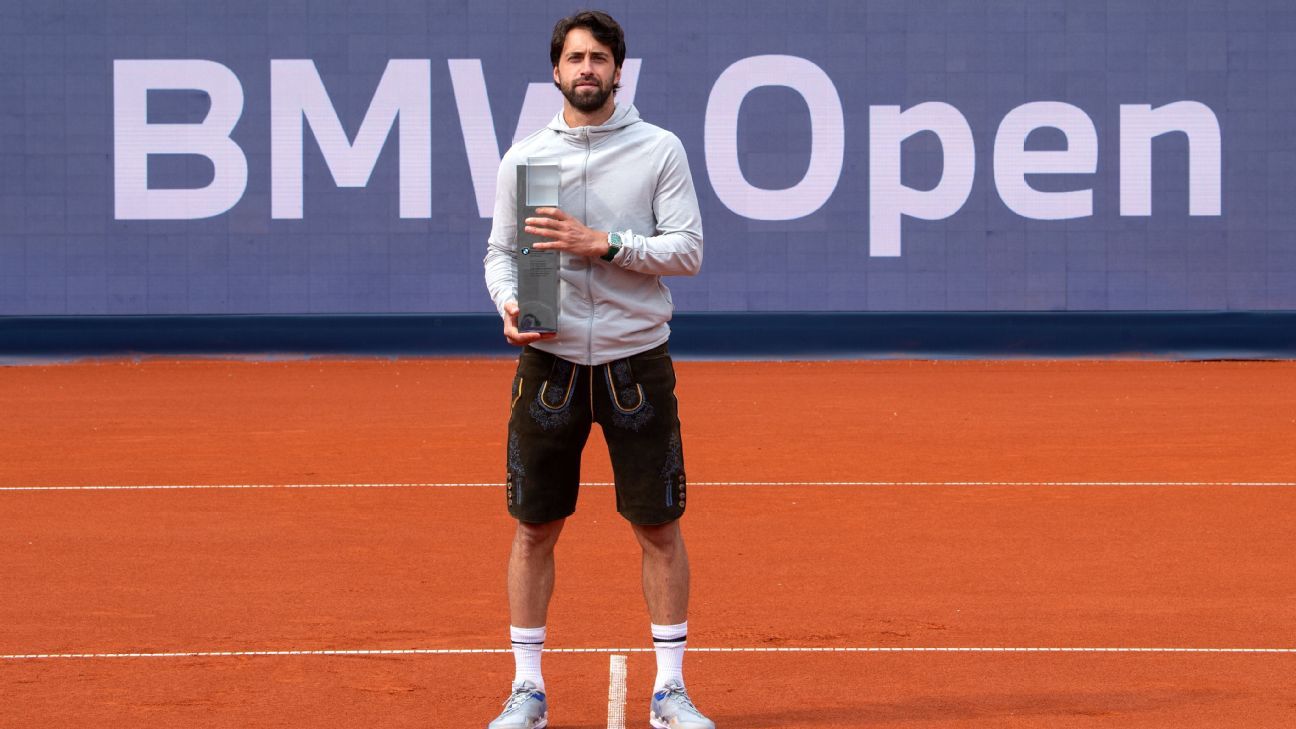 MUNICH — Nikoloz Basilashvili clinched his second title of the year with a 6-4, 7-6 (5) victory over Jan-Lennard Struff in the final of the Munich Open on Sunday.

The fifth-seeded Basilashvili, who won in Qatar in March, started well and resumed after a 30-minute rain interruption to win his fifth ATP title.

Basilashvili lost just three service points in the 35-minute first set, and saved the only break point he faced in the sixth game. Both players served well in the tiebreaker until Struff struck a backhand into the net.

Basilashvili won two matches on Saturday to reach the final. His quarterfinal with Norbert Gombos was suspended Friday due to rain. The Georgian completed a 6-4, 6-4 win before sweeping past Casper Ruud 6-1, 6-2 in the semifinals.

Basilashvili did not drop a set in five matches in Munich and now has a 5-2 career record in finals.

Though he lost, the 44th-ranked Struff shed his record of being the highest-ranked men’s player yet to have played an ATP singles final.