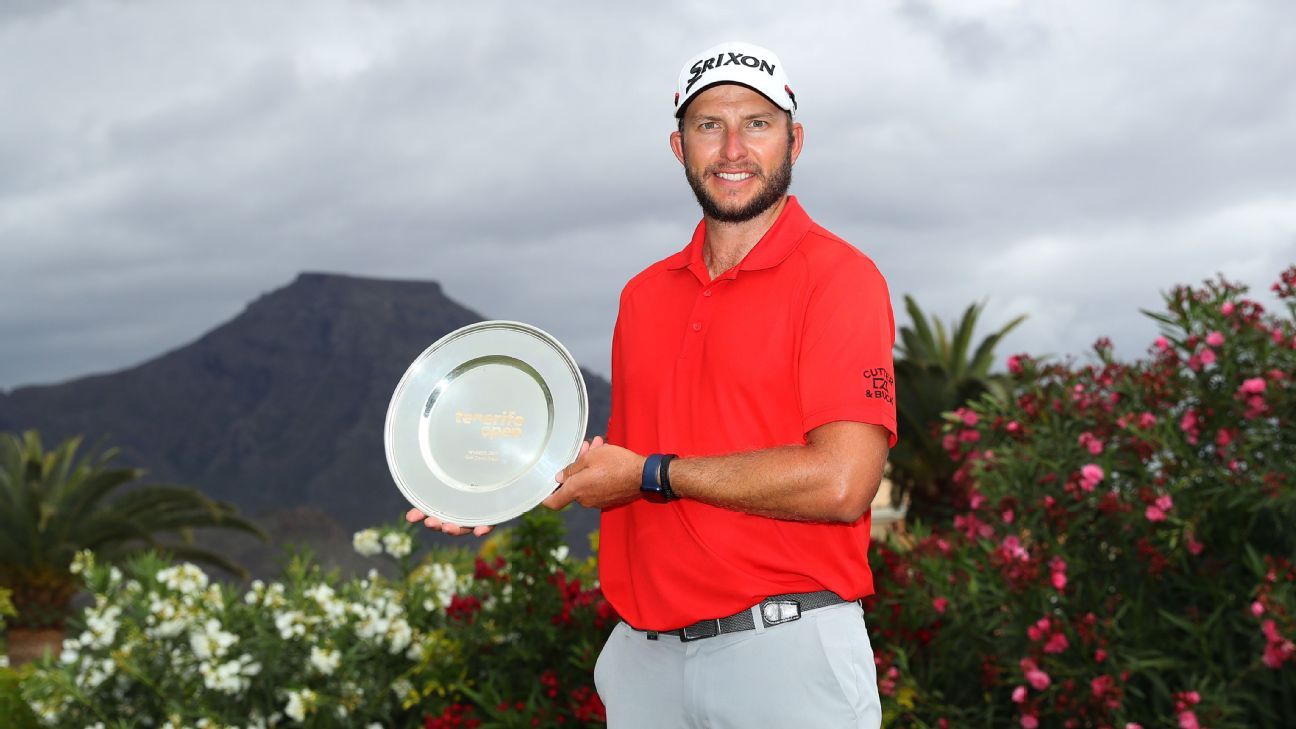 South Africa’s Dean Burmester captured his first European Tour title in just over four years on Sunday as he produced a bogey-free final round of nine-under-par 62 to secure victory at the Tenerife Open.

Burmester entered the final day at Golf Costa Adeje one stroke off the lead but stormed past his rivals with five birdies on the opening seven holes.

The 31-year-old gained four more strokes on the back nine to finish at 25-under for the tournament, five clear of his nearest challenger Nicolai von Dellingshausen.

“There’s no words that can describe it,” Burmester said, who last won on the Tour at the 2017 Tshwane Open on his home soil.

“I can go home and see my family, I’m so excited. With Covid and everything I didn’t know when I was going to go home possibly so this is super emotional.”

Overnight leader Von Dellingshausen eagled his final hole to grab second on his own ahead of Poland’s Adrian Meronk and Finland’s Kalle Samooja, with Austrian Open winner John Catlin a further stroke back in fifth place.