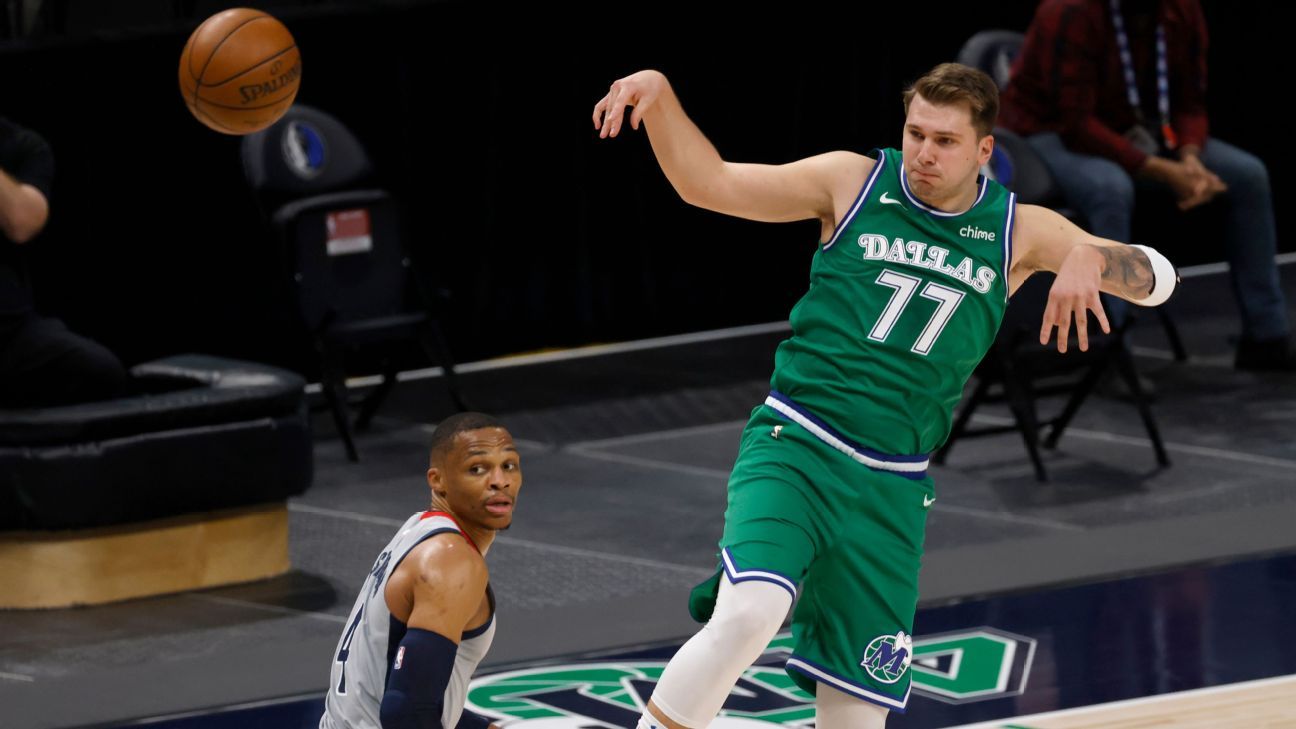 Dallas needed every bit of Doncic’s dominance to pull out the victory, which pulled the 36-27 Mavericks even with the Los Angeles Lakers for fifth place in the Western Conference standings, with Dallas owning the tiebreaker between the teams.

Westbrook had another sensational performance for the Wizards, who had won 12 of their previous 14 games. He finished with 42 points, 10 rebounds and nine assists, willing Washington back from an early 18-point deficit.

The Wizards led by eight points entering the fourth quarter, and then Doncic seized control. He accounted for 25 points in the fourth quarter, scoring eight and dishing out seven assists while playing all 12 minutes, and had a game-tying jump shot and game-winning assist in the final 35 seconds.

“I thought Luka’s poise down the stretch was spectacular,” Mavs coach Rick Carlisle said. “He just was very, very focused and made every single right play.”

Doncic scored or assisted on 82 of the Mavs’ 109 points during the 39 minutes that he played. The 51 points that were generated off of his assists were the most in Doncic’s career, according to ESPN Stats & Information research.

Eleven of Doncic’s 20 dimes resulted in Dallas 3-pointers. That included making the Wizards pay for double-teaming him on the Mavs’ final possession, when he found forward Dorian Finney-Smith open for the go-ahead corner 3 with 9.3 seconds remaining.

“They were strong-side helping, so I saw DoeDoe open and had no doubt,” Doncic said. “That was a hell of a shot and very clutch.”

Finney-Smith committed a turnover a couple of possessions earlier, stepping out of bounds after Doncic passed to him in the other corner. He made good on his vow to make up for that mistake.

“I knew the ball was most likely going to find me,” said Finney-Smith, who scored 22 points of 8-of-12 shooting with Doncic assisting on half of his buckets. “I just wanted to be ready to shoot, because I didn’t shoot that ball when I stepped out of bounds. I told him, ‘If you find me again, I’m going to let it go.’ He found me.”

This was the 35th triple-double of Doncic’s three-year career, already ranking 11th in NBA history. He has scored at least 30 points in 17 of those triple-doubles, pulling even with Larry Bird and Magic Johnson on that list, behind only Robertson, Westbrook, LeBron James, James Harden and Wilt Chamberlain.

“Look, everyone expects greatness from him every single night” Carlisle said. “Just think about it, at 22 years old, having that kind of expectation put on you every night. But he’s an amazing player. He does an amazing job of absorbing all of it.”