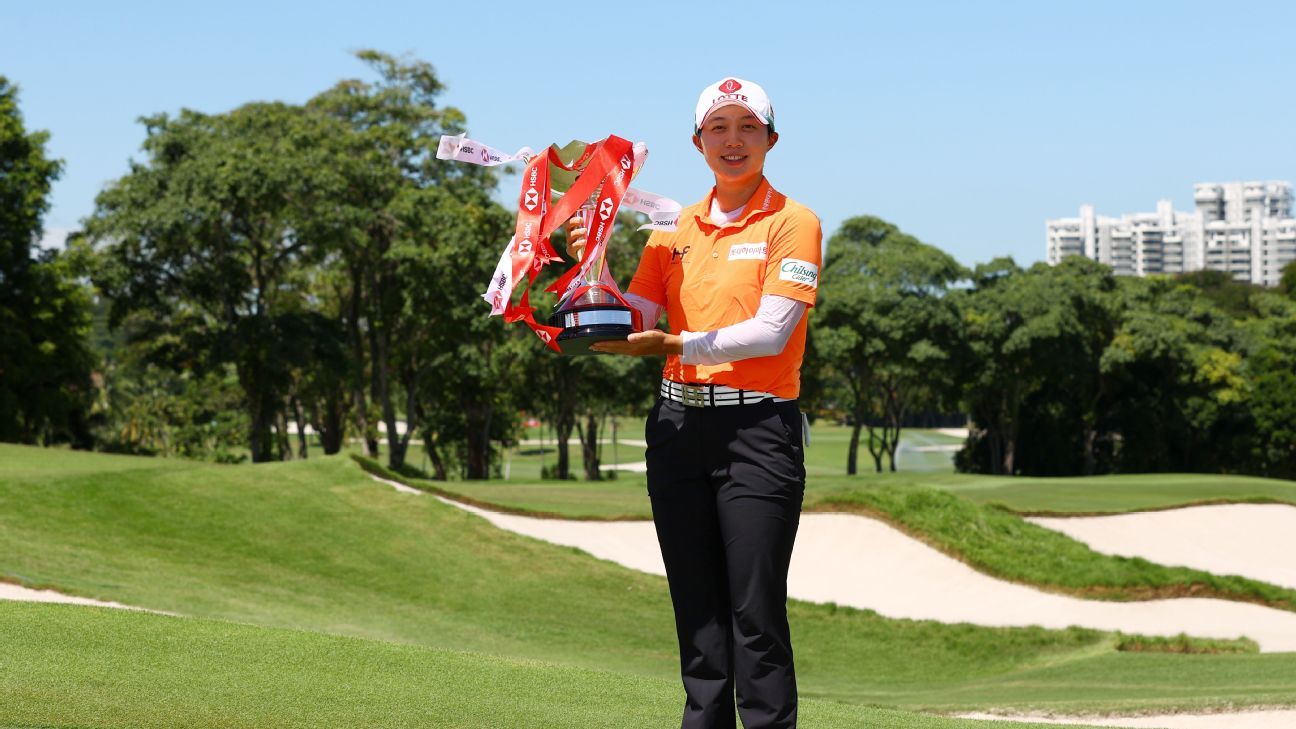 Kim’s eight-under par final round of 64 earned her the title with a four round score of 17-under par, although it was Green’s failure to see out the last two holes in regulation that ultimately gave the 25-year-old first place.

Green, who had been third going into the final round, kept herself in contention with a pair of birdies on the front nine before hitting an eagle on the 14th that pulled her level with Kim.

A 15-foot putt at the 16th secured another birdie that took the 2019 Women’s PGA Championship winner into the lead, only for her to drop back into a tie with Kim when she three-putted the 17th hole.

There was worse to come for the Australian at the final hole when, needing a par to take proceedings into a two-hole playoff, she sent her approach off the back edge of the green.

Her first attempt raced well past the hole and, after taking two attempts to sink the ball from there, Green slipped back into second to hand Kim her first title on the LPGA Tour in five years.

Overnight leader Lin Xiyu ended up in a share for third having initially struggled to keep pace with the surges at the top of the leaderboard.

A one-under par round of 71 saw her finish level on 15-under par with Thailand’s Patty Tavatanakit and Inbee Park.

Tavatanakit, who won April’s ANA Inspirational and was making her first-ever appearance at the tournament in her rookie season as a professional, hit a seven-under par round of 65.