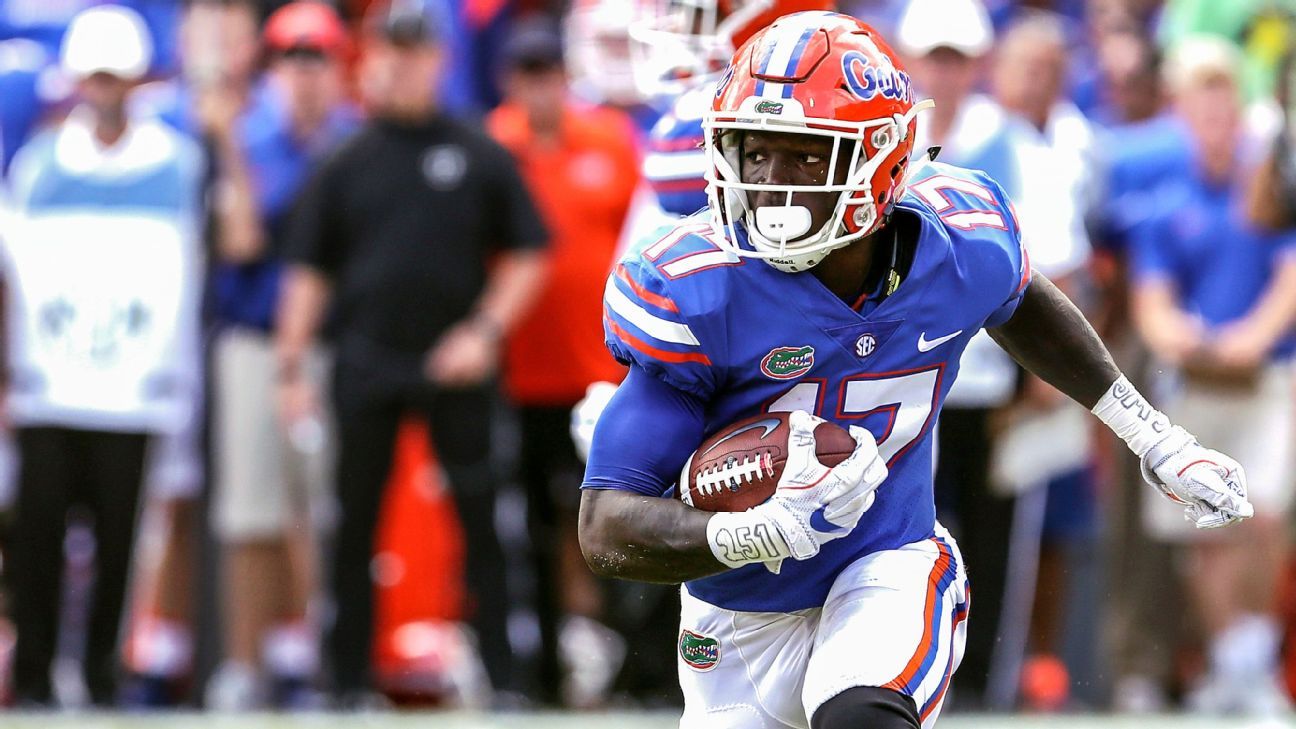 Meyer told ESPN’s College GameDay on Friday that it “broke his heart” when a team selected a player he was targeting with the 25th overall pick. Meyer reluctantly admitted on Saturday that the player was former Florida receiver Kadarius Toney, whom the New York Giants took with the 20th pick.

“I’ve gotten to know him over the last couple weeks and obviously my connection with [Gators] coach [Dan] Mullen and those guys,” Meyer said. “You watch [Toney] play, he’s a human highlight reel.”

With Toney gone, Meyer and the Jaguars opted for Clemson running back Travis Etienne. He actually is a better fit based on the way the Jaguars plan to use him– similar to the way Meyer used Percy Harvin when he was the head coach at Florida.

“He’s much more than a running back,” Meyer said of Etienne. “He’s a slash. We did not recruit him just because he’s a running back. We probably wouldn’t have. He’s a guy that had a lot of production in the passing game at Clemson. He’s got excellent hands and he’ll be dual trained.

“Those [dual-threat players] are hard to find, too, but if you can find one we know how to use him. With him I expect him [to make] an instant impact.”